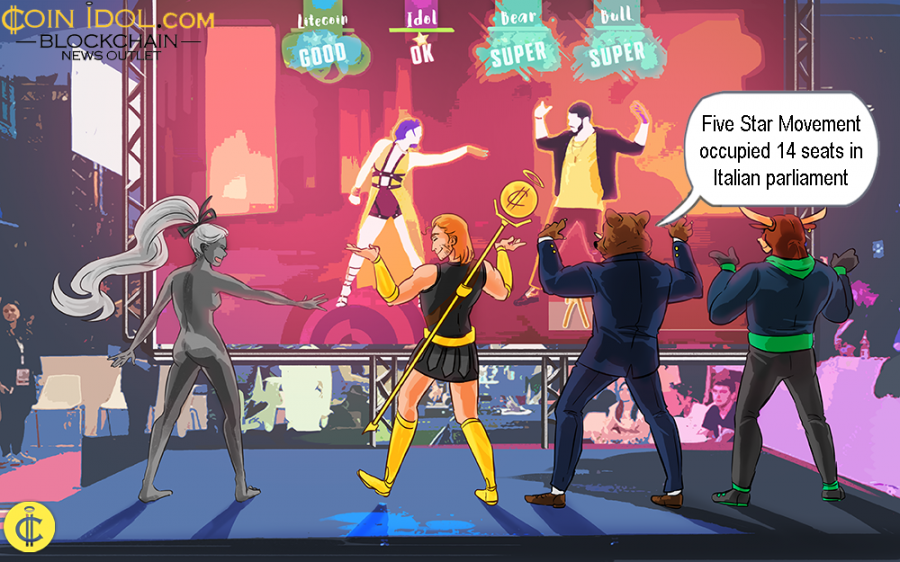 The 2019 European election is finally over and the elected representatives of the Five Star Movement (M5S), a political party in Italy founded in October 2009, will occupy the 14 seats available, however, the results show a drop in preferences for minister Luigi Di Maio, a popular cryptocurrency and blockchain enthusiast. Barred from the cutting-edge policies and stunned by hullabaloo after falling back on a position at the Ministry of Education, Dino Giarrusso becomes the most voted candidate in the M5S. The names of the candidates with vision for the North West, North East, Center, South and Islands districts in Italy are also being picked out.

The Ministry of Economic Development (MiSE) and 5 Star Movement have been playing a big role in delving into cryptocurrency, blockchain, smart contracts and other novelties. For instance, they were recently trying to have a zero tolerance for counterfeit Made in Italy goods and services.

Preferences from the Elections 2019

The outgoing Member of the European Parliament (MEP) Ignazio Corrao, a well-known face of the Movement, was also outperformed. He had 115,377 votes. The outgoing mayor of Livorno, Filippo Nogarin, achieved a low preference of 15.95 percent in the Central district and finished in 3rd place with 24,638 preferences behind Fabio Massimo Castaldo (30,405) and the leader Daniela Rondinelli (26,579). The numbers of the leaders M5S in the Southern constituency are definitely more interesting, the university lecturer Maria Chiara Gemma: 84,545, did better than the outgoing Laura Ferrara (76,890) and Piernicola Pedicini (56,533).

So far, there are 14 seats won by the M5S at the European Elections: the conclusive data of the ballots put the M5S in the 3rd place in Italy, with 15 seats in less compared to the League that only 12 months ago had been labelled by Di Maio at the Political Elections.

According to the analysis conducted by YouTrend, by looking at the real data and projections on the seats, shows that the elected members of the M5S in all the constituencies will possibly be: Eleonora Evi (16957) and Tiziana Beghin (14795) in the North West, Zullo (15947 preferences) in North East, and in Central Italy two of the M5S should perhaps go to Fabio Massimo Castaldo (30562 preferences) and Daniela Rondinelli. In the South the analysis of the M5S give Gemma, Ferrara, Pedicini and D'Amato safe seats, while in the Maio Islands it is safe only with Giarrusso and Corrao.

The 2019 European elections were an important test for the 5 Star Movement, for Luigi Di Maio and for the green- and-white Government. In the last few weeks there has been much talk about the future of the Movement's leadership, with the wandering mine Di Battista, also because the latest available polls leave no room for doubt: the League has overtaken Matteo Salvini as the first party in Italy.

It is therefore a challenge with the Democratic Party, with the electoral campaign that saw the executive chaos prevail rather than the concrete proposals for Europe. The Minister of Labor and Economic Development clarified that the group in which M5S will be in Europe is neither right nor left, but is on the side of rights. The European People’s Party (EPP) and the Party of European Socialists (PSE) will not make 51% and the parliamentary group where the M5S will be fundamental, M5S will be the balance's needle. And the foundations of the program are mainly two: minimum wage and stop austerity, and showing commitment towards the fight against fake products through the use of blockchain and distributed ledger technology. As a matter of fact, Minister Di Maio has for long been calling for revolutionizing and digitizing Italy through groundbreaking innovations including blockchain.