Sentiments and Speculations of Cryptocurrency in Italy 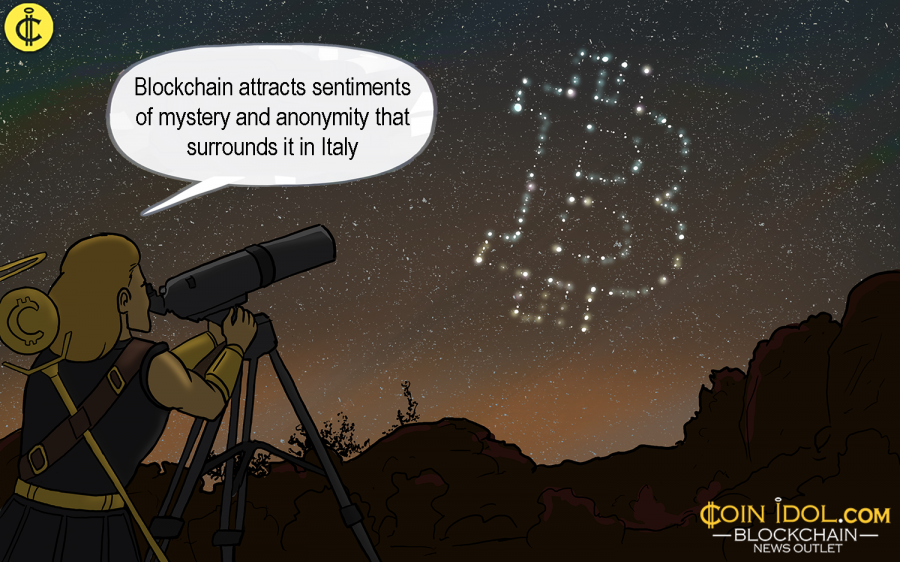 There is no doubt that cryptocurrency and Blockchain technology is also attractive for the sentiments of mystery and anonymity that surrounds it in Italy. The 2017 cryptocurrency bubble also contributes much to the mixed reactions and speculations in the market.

Till now, the real developer of Bitcoin is not known. However, when Bitcoin protocol was published in The Cryptography Mailing list on the metsdows.com official website back in 2008, its author used a pseudonym Nakamoto Satoshi. Since then, the crypto and blockchain community has been trying so much to find out who really the real Bitcoin developer is.

Some people such as Craig Steven Wright, developer of Bitcoin SV, a sister coin to Bitcoin ABC (the coins that emerged due to the hard fork of Bitcoin Cash), have been claiming that they are the real Satoshi. The conflict around the real developer of BTC is actually tarnishing and damaging the industry, to the extent that some cryptoasset exchanges such as Binance, Kraken, etc., have started delisting Bitcoin SV from their trading platforms.
Also, there is an elderly Japanese-American popularly known as Mr Dorian S. Nakamoto (nicknamed Mr Blockchainby the press). He is a retired teacher of around 67 years of age, who has been participating in various Blockchain and Bitcoin conferences and is starting to become the public face of today’s most discussed technology.
The adoption of blockchain could upset the present business models, pushing towards the apprehension of a real digital scenario, since the technology is still nascent. New applications of this technology are beginning to assert themselves on the Italian market in different sectors but with a general goal: to simplify processes, generate value and be distributed across the value chain.

Applications of Blockchain in Italy

Places where blockchain is used include automotive, e-commerce, public administration, agriculture 4.0, transport and logistics, telecommunications, eSports, banking, to mention but a few. The technology guarantees transparency and reliable in managing relevant data transferred between the entire system chain, in a more prudent and pragmatic way.

Generally, Blockchain technology has the potential to: make the individual operations that make up an end-to-end process valuable, cumulating the level of competitiveness on the application of the individual task and rising the total quality; create bidirectional flows in the value chain guaranteeing a good mechanism that uses feedback from final consumers and / or intermediates so as to trigger fine-tuning actions on upstream processes; and launch rules systems via the smart contract functionalities, in order to automate some transactions with a low unit value making the entire process more fluid. In future, this revolutionary technology will constitute an indispensable enabler for all the value chains which are trying to enter the digital markets in Italy.

Tags
Cryptocurrency Italy Blockchain Technology Market Bubble Anonymity Bitcoin Value
Most Popular
May 02, 2021 at 11:54
News
South Korea Announces Testing of CBDC Right After Imposing a New Tax Framework; Is It a Coincidence?
May 02, 2021 at 10:36
News
Chainlink Breaks Initial Resistance at $38, Eyes $44 Overhead Resistance
May 02, 2021 at 09:14
News
Uniswap in Minor Retracement, Set for More Upside Momentum
May 01, 2021 at 12:54
News
Russia is Going to Establish a Special Department for Exploring Artificial Intelligence
May 01, 2021 at 11:58
News
Dogecoin Price Pushes To The Upside; Can Bulls Breach The $0.45 Resistance Zone?
More