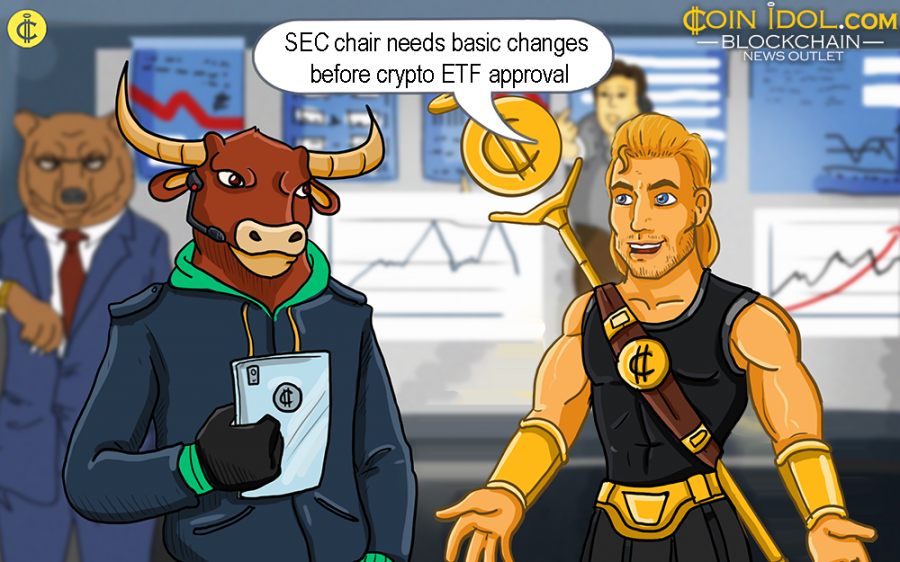 Regardless of the unswerving rejections of Exchange-Traded Fund (ETF) applications set forth up to the present time, optimism is still high amongst some cryptocurrency users, that the imminent ETF decision may eventually be the one that is approved. That was until Jay Clayton, the U.S. Securities and Exchange Commission (SEC) chairman reassured those hopes again when he presented in a speech at Coindesk’s Consensus Invest Conference in New York.

According to CNBC, Clayton articulated his interests within the area that would require to be addressed before he would be contented approving any digital currency ETF. He said:

“What investors expect is that trading in the commodity that underlies that ETF makes sense and is free from the risk of manipulation,” … “It’s an issue that needs to be addressed before I would be comfortable.”

Gemini, the Winklevoss twins’ exchange, is one of those attempting to meet the required standards and become a safer way for cryptocurrency investors to get engaged with virtual assets. Hitherto even after partnering with the Nasdaq to grant them access to these complex tools required their ETF was rejected by the U.S. SEC.

It would propose then that irrespective of who brings an application an all-purpose tidying of the space and pulling to pieces of unregulated exchanges globally is highly required before any crypto ETF proposal can be approved and accepted by SEC.

“Those kinds of safeguards do not exist currently in all of the exchange venues where cryptocurrencies trade. . . When you see an asset trade on [the] Nasdaq or NYSE, there’s a great deal of surveillance preventing you and me from teaming up and pretending we’re decentralized. Those sort of safeguards do not exist in a lot of markets where cryptocurrencies trade.”

Giant firms such as Bingo, Coinbase, Bank Frick, Gemini, Nomura, Ledger and many others are currently working on complex solutions to these issues.

Reports are circulating that Goldman Sachs are discovering the issue and most especially Fidelity who are rolling out Fidelity Digital Investments in order to hold cryptocurrencies in the best interests of its esteemed investors. Notwithstanding these significant determinations, Clayton voiced these solutions still require to be upgraded and concreted.

“You should start with the assumption that you’re starting with a securities offering.”

His comment came after the U.S. SEC upgrades enforcement actions against digital currency projects, such as penalties against ParagonCoin and AirFox.

However, earlier in February 2019, SEC Commissioner Robert J. Jackson Jr indicated that he is positive that a Bitcoin ETF is “potentially inevitable,” and that its approval is coming soon.


#SEC Commissioner Jackson in an interview to be published next weeks is optimistic that a "fund based on #bitcoin" will eventually be approved, expresses concern about the proposed ETFs submitted to date. pic.twitter.com/3BCuiBd4CB
— Drew Hinkes (@propelforward) February 5, 2019

Also, SEC Commissioner Hester Pierce aka Crypto Mom, recently calmed the blockchain and cryptocurrency sector hope for Bitcoin ETF approval, according to the leaked interviews of her, as reported by Coinidol.

The Crypto Mom disclosed the importance of the SEC’s attitude toward useful innovation, indicating:

“We regulate a sector which is an important gatekeeper for progress and productivity in the rest of the economy.”