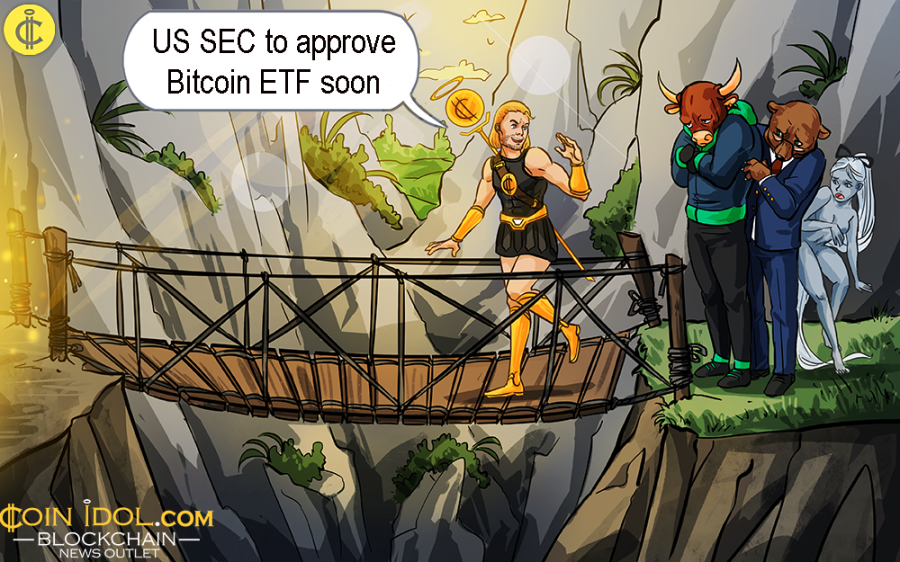 The digital currency markets have been collapsing in terms of pricing restraints since the bubble of December 2017. The bear market is currently being in full vacillation, with the crypto ecosystem in awful need for some great news. Nevertheless, there might be a better situation after the long hardship experienced, with Robert J. Jackson Jr. -  the Commissioner US Securities & Exchange Commission, revealing that he is optimistic the Bitcoin (BTC) exchange-traded fund (ETF) is “potentially inevitable.”

Commissioner Robert Jr. was in an interview with Congressional Quarterly and was quoted saying that:

“Eventually, do I think someone will satisfy the standards that we’ve laid out there? I hope so, yes, and I think so.” 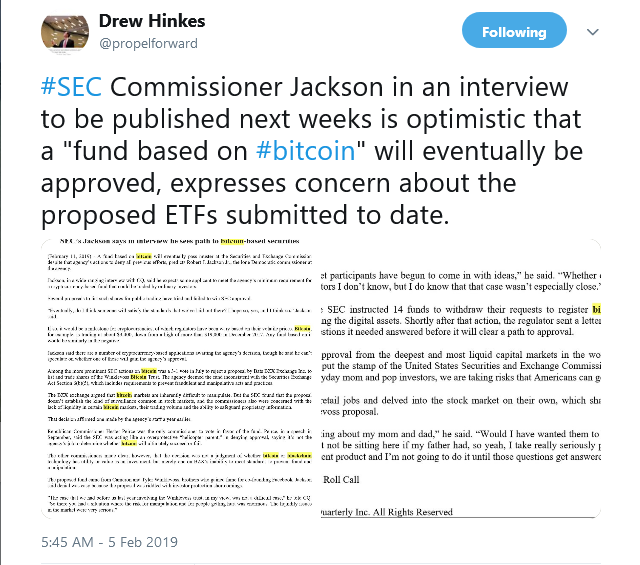 While these remarks are quite positive, Robert Jr. reiterated that the importance of rigorous consumer precautions as:

“Getting the stamp of approval from the deepest and most liquid capital markets in the world is hard, and it should be. Once we make it available to everyday mom and pop investors, we are taking risks that Americans can get hurt.”

Robert Jr. also stressed that the Winklevoss ETF application was easy to turn down. He cites the lack of underlying precautions against the increasing threats of market manipulation.

The general agreement at the time of the turn down was that the Winklevoss ETF application wasn’t in a position to succeed anyway, the crypto ecosystem had much higher hopes on the fortune of the Chicago Board of Options Exchange (CBOE).

The main reason for all this is that the CBOE is, of course, the most-established organisation behind the BTC Futures market which has been functional since December 2017. Intrinsically, the markets seemed that should in case the US SEC approves any ETF application, then it was more probably going to be with the CBOE.

In January 2019, Bitwise Asset Management also filed a new BTC ETF application with the US SEC, after being scuttled in 2018. The ETF will assist institutional investors to penetrate the cryptocurrency space, that would by reasonable assumption cause an increase in the liquidity and prices.

In August 2018, the US SEC had rejected around nine BTC ETF proposals from various bulls including GraniteShares, ProShares and Direxion. All these proposals were alleged based in BTC Futures instead of being backed by “physical” BTC. The VanEck-SolidX BTC ETF, that was withdrawn in January because of the US government shutdown and then resubmitted back, is alleged backed by “physical” BTC.