Bitcoin ETF has a Hope as SEC is Open for Innovation 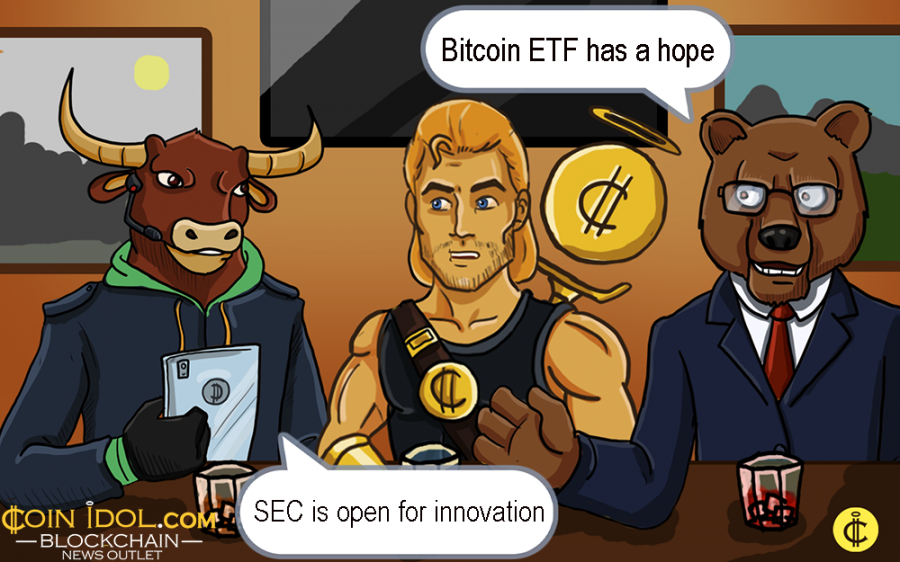 The Commissioner of the US Security and Exchange Commission (SEC), Hester Peirce, aims at opening the SEC to innovation, invention and entrepreneurship. Of late, the leaked interviews of Hester gave the crypto industry hope for Bitcoin (BTC) exchange-traded fund (ETF) approval. Hester, also known as the Crypto Mom, calls for an innovative and improved regulatory framework which is more malleable to the cryptocurrency field.

Hester revealed the prominence of the US SEC’s attitude toward significant innovation, noting:

“We regulate a sector which is an important gatekeeper for progress and productivity in the rest of the economy.”

The advent of distributed ledger technology (DLT) conveys a first-class opportunity for the US SEC to reassess its tactic for managing innovation and entrepreneurship. She stressed:

“The SEC’s opportunity to rethink its approach to innovation also arises out of a decade of technological development related to DLT and cryptoassets. This section has challenged many regulators across the globe, and the US SEC is certainly no exception. We, along with other major regulators, are asking how existing rules and regulations apply in this field and whether a new regulatory framework would perform better.”

Hester recognizes that for the commission, decentralization is mostly thought-provoking due to the fact that DLT-based networks provide a new method of synchronizing human action which doesn’t fit as precisely within the securities framework.

“Cryptos sold for use in a functioning network, instead of investment contracts, fall outside the definition of securities,” Hester said.

Incidentally, Hester doubts about the ‘overly broad’ application of the Howey Test, which was created by the Supreme Court to ascertain if a certain transaction should be categorized as an investment contract.

To determine if a blockchain token is truly a security, according to the Howey Test, the token MUST meet and see 3 explicit conditions: an investment of money; in a common enterprise, with the hope of profits primarily from the efforts of others. 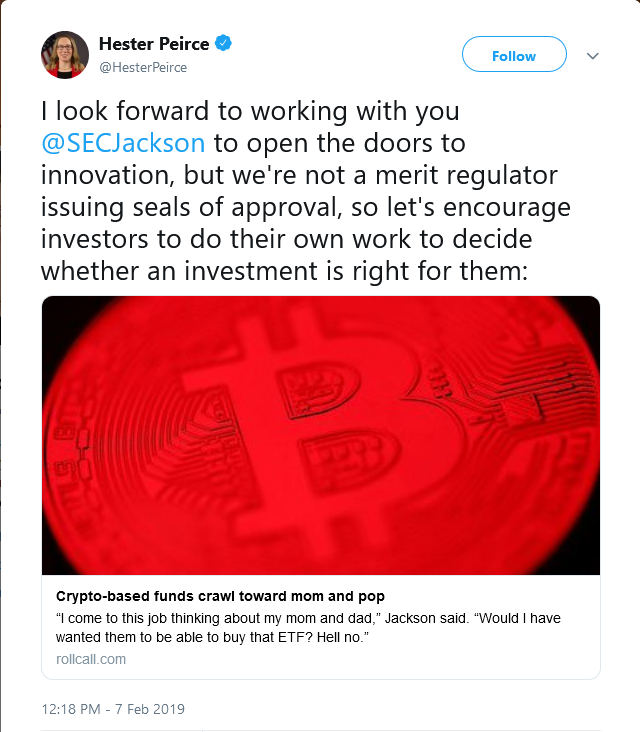 Last week, as Coinidol reported, Hester’s fellow commissioner, Robert J. Jackson Jr. was optimistic that a BTC ETF would be approved by the financial regulator a few months from now.

“Eventually, do I think someone will satisfy the standards that we’ve laid out there? I hope so, yes, and I think so,” Robert Jr said.

On February 10, the US SEC, via a tweet, also recapped guidelines on initial coin offerings (ICOs), as efforts to reinforce the sector continue.

Now a dedicated part of the SEC’s website lists 5 important aspects of ICOs the commission considers critical, in addition to a separate part for investors and market experts.

The content seems to have existed since March 2018, with the US SEC selecting to draw renewed attention to it on social media this weekend.

“Firms and individuals are increasingly considering ICOs as a way to raise capital or participate in investment opportunities,” a summary of the guide reads.