Russia has Offered to Ban Bitcoin in Every Country 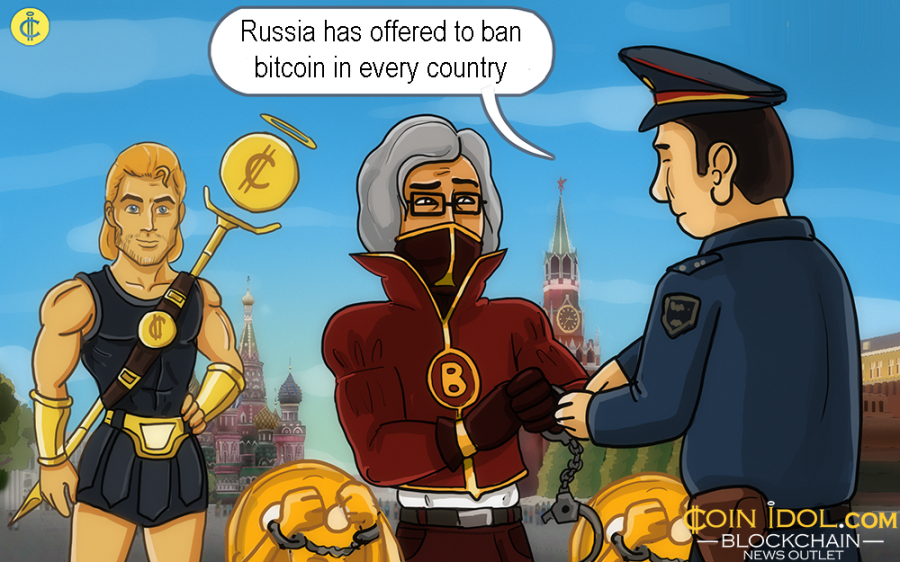 The State Duma, the lower house of the Federal Assembly of Russia is a very powerful institution, with the right to approve bills and laws. One of its members has claimed that bitcoin must be prohibited all over the world.

Nikolai Arefyev, First Deputy Chairman of the State Duma Committee on Economic Policy, Industry, Innovation and Entrepreneurship, suggested that bitcoin should be banned in every part of the world, and those people who propagate it should be prosecuted as speculators.

“Cryptocurrency should not exist at all. It interferes the development of commodity production. And making money out of money is detrimental to the entire population of the earth. Those who work in this market are speculators,” the parliamentarian said.

“And we, on the contrary, encourage such activities, considering that this seems to be a blessing for people. In fact, this is not an economy, this is speculation, and speculation is harmful to the economy of any country,” Arefyev concluded.

Contradictions in Treating Cryptocurrency in Russia

In Russia, the status of cryptocurrency has not been officially determined yet. In the spring of 2018, the bill “On digital financial assets” was introduced in the government, but according to the results of the first reading, the text of the document was drastically changed. Currently, the draft law has not been approved in all three readings. President Vladimir Putin ordered the Duma to create a proper regulatory framework for cryptocurrency at spring meetings.

Despite contradictory stance of the Russian government on cryptocurrencies, some of the country’s giants actively explore it. The social media giant VK is planning to develop its own digital currency and enable users to earn and spend it while interacting within the network.

Russia is far from being the only country treating cryptocurrency with suspicion. The National Development and Reform Commission of China (NDRC) recently proposed a total ban on mining cryptocurrency in the country. Meanwhile, South Korea decided to revise a ban on ICO and cryptos, such as bitcoin, ethereum, ripple, and others.

Tags
Russia Bitcoin Ban Cryptocurrency Speculation Money Government Economy Development Bill
Most Popular
Aug 10, 2022 at 11:50
Price
Bitcoin Cash Bulls Stall Decline as They Face another Rejection at $134
Aug 10, 2022 at 10:50
Price
Weekly Cryptocurrency Market Analysis: Altcoins Retest and Challenge Overhead Resistance Levels
Aug 10, 2022 at 09:48
Price
Cardano Declines as It Struggles to Hold above $0.50
Aug 09, 2022 at 12:40
Price
Litecoin Fluctuates in a Tight Range as it Faces Rejection at $64
Aug 09, 2022 at 11:39
News
Around $2 Billion was Stolen in Cross-Chain Bridge Hacks in 2022; Half of the Funds Went to North Koreans
More