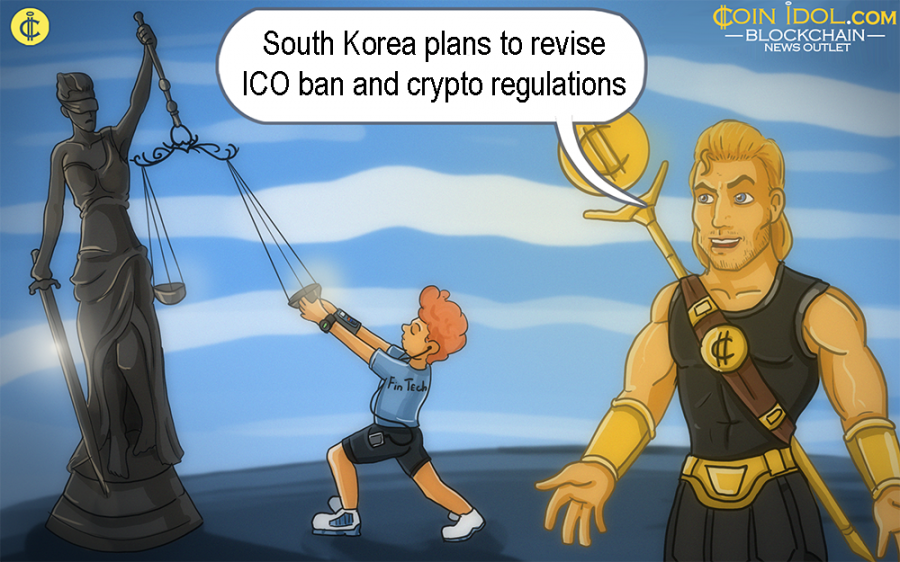 Government officials and legislators in South Korea are now revising their crypto regulation and the ICO ban, as reported by ZDNet Korea.

The lawmakers made an official announcement during the Deconomy conference in the capital Seoul, that cryptocurrencies such as bitcoin (BTC), Ripple (XRP), Ethereum (ETH) and others, are under a proper revision.

Other top government officials such as the Chair of National Assembly (NA) Min Byung-Doo, co-president of the 4th Industry Forum of the NA Song Hee-Kyong, Chairman of the 4th Industry Special Committee of the NA Jung Byung-Kook, the governor of Cheju Island, Won Hee-Ryong and others, were present.

In October 2019, they came out with an idea to legalize ICOs and further set proper cryptocurrency regulatory frameworks.

“Regulation is not bad. Regulation is very necessary, it is the only way to legitimize the market and enable investors to build trust towards the cryptocurrency market,” Byung-Doo said.

Furthermore, lawmakers confirmed their willingness to boost the blockchain industry, ratifying an agreement on policy direction. It’s necessary to cooperate for the nation’s innovative economy.

South Korea has been serious on cryptocurrency regulations compared to several countries. This is because of the craze which struck the digital currency sector late 2017 in the country – an event that affected S. Korea so much.

While other giant crypto-friendly nations like Singapore, Australia, Swiss and others, are tussling to lead the blockchain and crypto industry, S. Korea put a ban on initial coin offerings (ICOs) in September 2018, claiming that collecting funds via the issuance of crypto was just like the way gambling works. However, the government reiterated the ban at the beginning of this year after finding out that the citizens were still involved in the sale of tokens.

Recently, the government uncovered the results of its investigation into ICO operation and digital currency related firms. The authorites was tasked to ascertain the ICOs and their future in the outlined framework of the country’s economy.

“We will continue to remain cautious about systemizing initial coin offerings.” “If we suggest guidelines, it can be understood that we approve of ICOs which is a risky investment option,” Prime Minister’s secretariat revealed.

A member body of lawyers called Korean Bar Association (KBA), also urged the government to formulate a proper legal framework for the crypto and blockchain industry. The blockchain and crypto community is generally calling for the regulations, so, it's now up to the government to act.