Crypto Regulations in Russia to be Drawn by July 2019 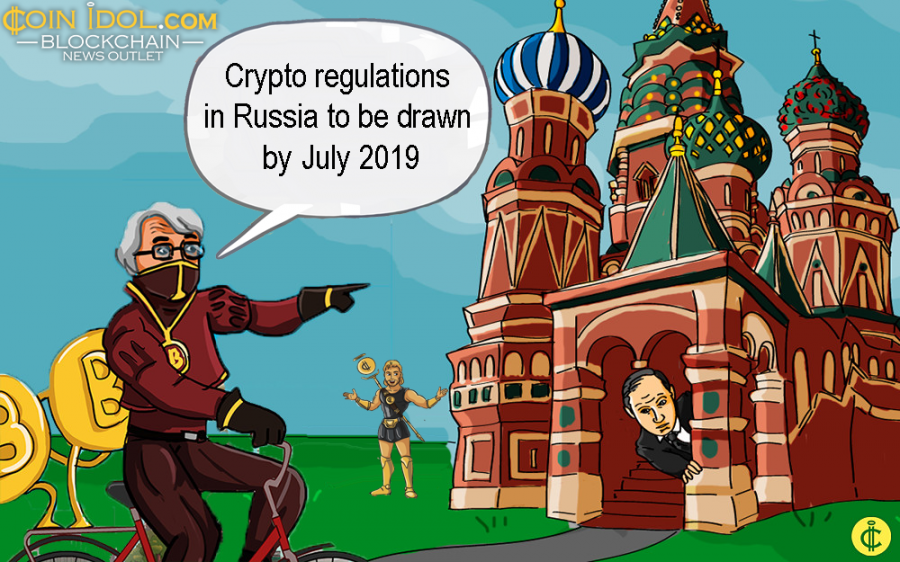 President of the Russian Federation, Vladimir Putin, has asked his government to draft blockchain and crypto regulations no later than July 1, 2019.

An official document was published on February 27 via Kremlin.ru containing a list of major instructions from His Excellency Vladimir regarding the execution of the Presidential address to the Federal Assembly.

It is said that the eminent Russian politicians Medvedev Dmitry Anatolyevich and Volodin Vyacheslav Viktorovich will be tasked with implementing this instruction before the July deadline.

In some ways, that offering is just a broad statement that could apply to any chunk of the cryptocurrency sector, but the document precisely notes that the federal legislation seeks to help grow and develop the digital economy. Given that, the regulations of civil-law digital settlements will require to be included too, not forgetting the regulatory structure for digital financial assets.

Rambler, a Russian financial news outlet, recently reported that the lower house of the Russian Federal Assembly - the State Duma – was considering revising and adopting a certain law relating to digital currency in March 2019.

With its hefty adoption, the country aims to boost the development of distributed ledger technology (DLT) and cryptocurrency to trigger the growth of businesses and the economy at large.

Oleg Nikolaev, a member of the State Duma Committee on Economic Policy has purportedly stated that the matter is in its final phases of development. Professor Vladislav Ginko expects Russia to massively invest over $10 billion in cryptocurrencies in 2019 alone.

The Russian Federation plans to launch a “CryptoRuble” to rival Bitcoin – the leading cryptocurrency by market cap. For more than a decade now, Bitcoin has remained dominant.

Last year, HE Putin ordered that the Russian government create proper regulations to enable trading Bitcoin and other major digital currencies. His official order had included the necessity for a framework that enables initial coin offerings (ICOs) and cryptocurrency mining.

Other countries such as Italy India, South Korea, the U.S, and the U.K have started the process of developing crypto regulations. Recently, the Supreme Court of India gave the government one month to draft blockchain and cryptocurrency regulations, as Coinidol reported.