Russia Has Changed its Mind: Digital Ruble May Be Launched in 2021 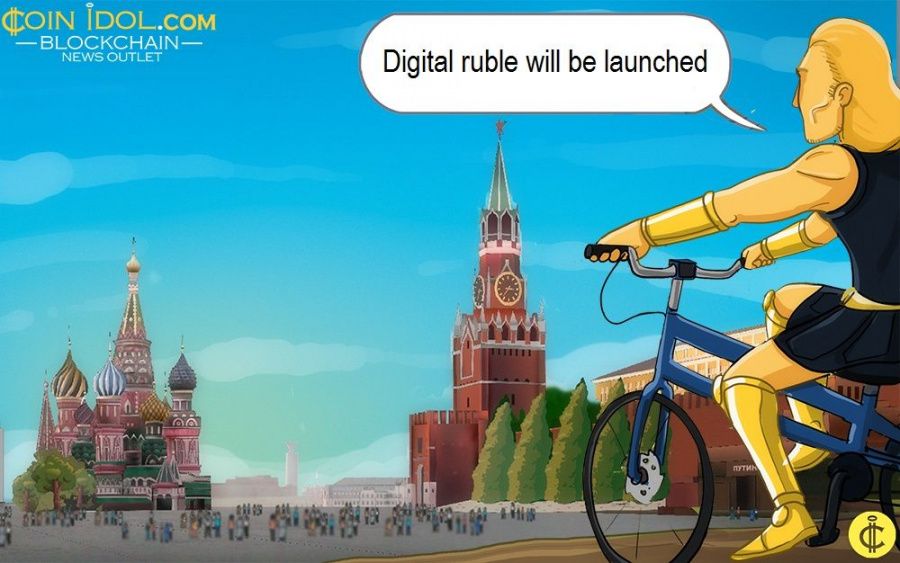 Russian authorities and regulators have been in a series of talks about releasing a central bank digital currency (CBDC) dubbed digital ruble for a long time.

The Russian government, citizens and other users of cryptocurrency are very much concerned about particular features of a digital ruble because it might require the creation of payment infrastructure and new innovative types of services.

In early 2020 Russian President Vladimir Putin denied plans to release the CBDC, according to CoinIdol, a world blockchain news outlet. The president believed that no nation can issue its own cryptoasset since cryptoassets go beyond national borders without being monitored by a central body.

However, soon enough the talks renewed. As China (digital yuan), Bahamas (Sand dollar) and the USA (digital dollar) are getting closer to releasing their CBDCs, Russia seems to have reconsidered their plans.

Due to the outbreak of Covid-19, several banks, including Sberbank, and other financial players were reached out to scientifically via communication apps such as Skype and Zoom, to engage them in conversations that would direct them towards the successful piloting of the digital ruble. Digital currencies like Bitcoin, have played a big role in preventing the spread of Covid-19 and storing the wealth of users during this economic crisis caused by the pandemic and the political instabilities in some of the countries such as Greece and Ukraine.

On December 1, the Bank of Russia admitted that it has started serious consultations aimed at enhancing the potential roll-out of their own CBDC. The central bank (CB) wants to first collect the feedback from potential users and participants who will benefit and take part in this new digital payment system.

The CB will collect the feedback on the matter until December 31, this year. Some of the open questions being asked include whether or not the CBDC should use a distributed ledger, whether or not smart contracts will be of any value on this project, and many others. Three options are being considered based on world practice: decentralized registry (DLT), centralized registry, hybrid model. Blockchain through distributed storage and processing of data is more resistant to different events than centralized registers

From there, the data from the feedback will be evaluated and the CBDC will be piloted with a few selected users. However, the actual date of the launch has not yet been set, but it is expected that the bank will more likely decide to launch this digital currency in late 2021.

The advantage of a digital ruble is that it will be in a position to pay both online and those holders and users lacking access to the Internet and smartphones. The government is poised that the creation of the innovative digital currency will lower down the cost of settlements and boost financial availability, and open opportunities for the creation of effective monetary services and instruments.

The CBDC will also lower the burden on banks, expand transborder payments, decrease reliance on (and hegemony of ) the US dollar and exposure to the existing trade and economic sanctions.

The country has been putting a lot of effort into developing a digital ruble and it has been adjusting the legal framework to include it.

Last week, the First Deputy Governor of the Bank of Russia, Olga Skorobogatova, revealed that the vast number of financial market players supported the roll-out of the CBDC in question during the public discussion. Nevertheless, she said that the bank is against issuing and circulating any stablecoins for the country’s fiat currency Russian ruble.

Last week, Prime Minister Mikhail Mishustin revealed that interest in digital currencies is continually increasing, so the CB wants to direct their development in a more civilized way. As per Mikhail, regulators will make adjustments to the Tax Code, and also consolidate the recognition of digital financial assets with property whose users or holders can depend on legal protection if any unlawful actions arise.

Generally, the concept of the digital ruble shows that there may be a third type of money in the nation - in addition to cash and non-cash rubles. digital ruble users, businesses and firms will have a direct financial rapport with the CB, and this may affect the redistribution of financial communications in the finance and banking industry.