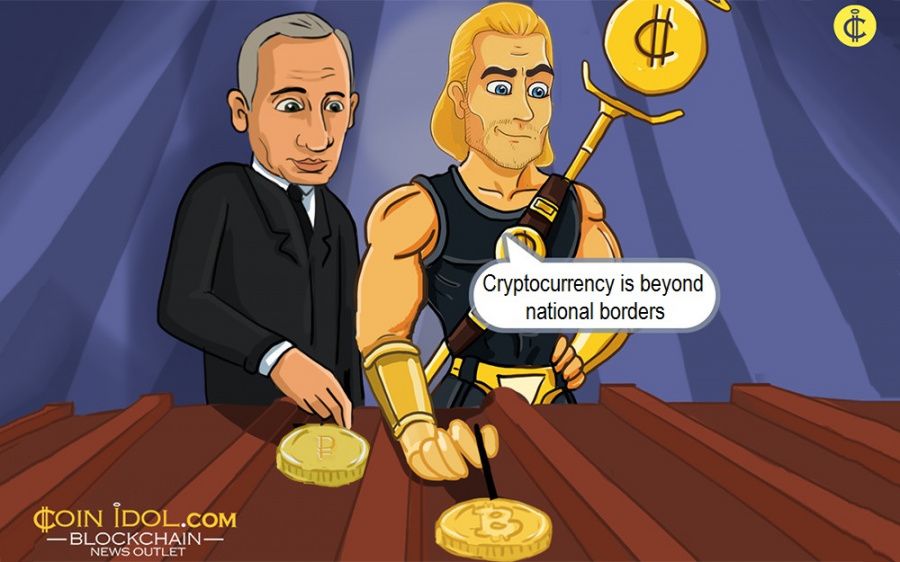 While global giant economies including the USA and China are looking to issue their Central Bank Digital Currency (CBDC), the President of Russia, Vladimir Putin, announced they are not going to develop a national cryptocurrency.

Moreover, as he stated in an interview with local informational agency TASS, “no country can have its own cryptocurrency as cryptocurrency goes beyond national borders.” By this, he probably meant that any CBDC is going to be fully centralized, which would equate it to an ordinary national currency, only in digital form.

Despite the issue of launching CBDC has been talked over a lot recently, especially after the COVID-19 outbreak, the community mostly treats it with a great deal of scepticism. The biggest advantage of any cryptocurrency is its decentralized and immutable nature, making it impossible to influence by any government or bank.

CBDC, on the contrary, will definitely not be as decentralized, thus, central banks will have full control over it, just like over fiat money. What it most definitely will be is just a digital version of fiat money. It will not be cryptocurrency in its traditional meaning. Probably, that is the reason many countries eyeing the launch of their CBDC are not rushing to create any peculiar regulatory framework. They simply might not need it.

Perhaps, that is the reason for the community to show support for Putin’s position. For instance, the CEO of Binance, Zhenpeng Zhao, approved the opinion expressed by the Russian President on his Twitter page, stating that he “has seen very few other leaders with this level of understanding so far.”

Regulated does not mean controlled

On the other hand, most cryptocurrency users welcome reasonable regulations, as they allow the elimination of illegal use of digital currencies including for money laundering and terrorist financing. Even the progressive Vladimir Putin seems to realise that.

As coinidol.com, a world blockchain news outlet has reported, the Russian State Duma has been working on a regulatory framework for cryptocurrency for some time until the COVID-19 outbreak. In early April, the head of the Russian State Duma Committee on Financial Markets, Anatoly Aksakov, announced the postponement of crypto regulation release due to the pandemic.

Generally, no one would argue that cryptocurrency needs regulations, however, “reasonable” is the keyword here. Most governments use the word “regulations” meaning actually control, aiming at changing the decentralized nature of cryptos. Probably, that is why so many countries are looking to launch their own CBDC, where they would be able to establish their own rules right from the start.

While it is obvious that the world is going digital, a digital alternative to fiat might become a necessity over time. In this case, the Russian President seems wise enough no to waste time and resources on developing an alternative that would never actually be cryptocurrency. During the interview, he expressed a thought that if they need to adopt a cryptocurrency, they would choose among the existing coins.

Who knows, maybe they would eventually choose to adopt Bitcoin?

Tags
Digital currency Central Bank Russia Cryptocurrency Banking Vladimir Putin USA China Decentralization
Most Popular
May 03, 2021 at 15:03
News
China Eyes February 2022 Beijing Olympics for Digital Yuan Launch but Is It Still Viable Amidst COVD-19 and Rising anti-China Movements?
May 03, 2021 at 14:17
News
Ethereum Rallies Above $3,000, Breaches More Resistance Levels
May 03, 2021 at 13:00
PR
Everything You Want to Know about Stellar, and Why it’s Getting Added to 1xBit
May 03, 2021 at 12:17
News
Bitcoin Reclaims $58,000 Support as Bulls and Bears Resume Price Tussle
May 02, 2021 at 11:54
News
South Korea Announces Testing of CBDC Right After Imposing a New Tax Framework; Is It a Coincidence?
More