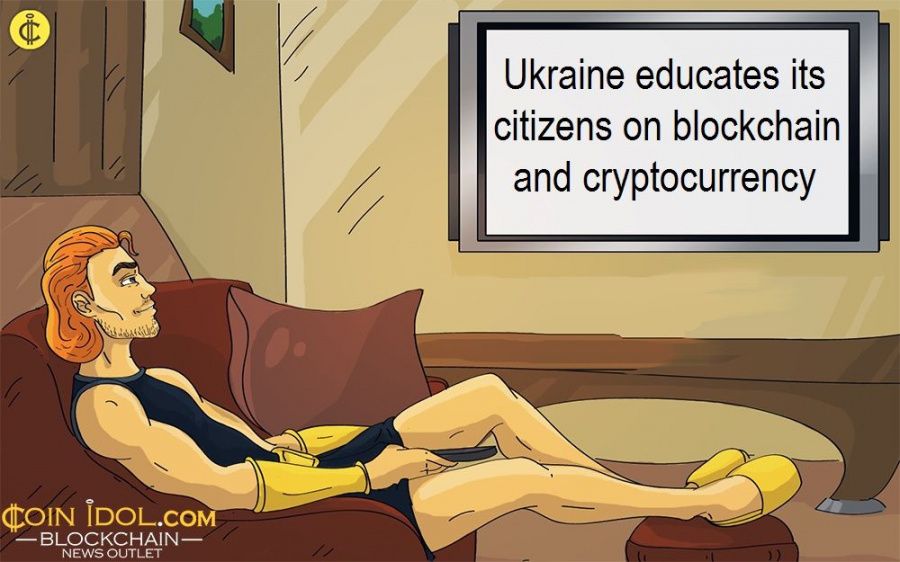 The briefing took place on November 27, 2020. The broadcast of the online briefing is available on the YouTube channel of the Cabinet of Ministers of Ukraine. During the briefing, experts explained how these nascent technologies work, what benefits they offer, who needs this technology, what blockchain and cryptocurrency are, where the government has reached as far as the regulation is concerned, as well as many other issues.

According to the Deputy Minister of Digital Transformation Valeria Lonan, who was the organizer of the project, the TV series is rolled out within the project dubbed “Digital Education Action.” The project currently has around 40 educational films focusing on different fundamental developments.

The project supports user-driven innovation and engagement through the Digital Education Hackathon. The project was launched in 2018 to help in making better the use of digital technology for teaching and learning. Now, per the deputy minister, the goal of the project is to teach digital literacy to 6 million Ukrainians in three years.

"As of the end of December last year, the study showed that 53% of Ukrainians have digital literacy below the baseline. To fix this, we have created this project,"

The government has been showing efforts to boost blockchain technology, as well as embracing bitcoin and other cryptocurrencies. Regulators in the country have been collaborating with cryptocurrency businessmen to decide the future of blockchain and virtual currencies.

The coming of Covid-19 pandemic has forced several governments to embrace the use of digital payments including cryptocurrency. Governments and health organizations including the World Health Organization have been at the forefront of a campaign of fighting the spread of Coronavirus using digital payment means such as Bitcoin. The Ukrainian government is following suit and will continue to organize such important educational programs on blockchain.

Fostering the growth of blockchain and cryptocurrency industry

Due to the political instabilities in the country, most citizens especially those who are tech-savvy have decided to take advantage of the incentives brought by blockchain and have now shifted from using fiat currency to cryptocurrency. The instabilities have caused the national currency to shrink in value, and they are now exploring other options technology that can protect or store their wealth.

Also, the Deputy Minister for Digital Transformation Alex Bornyakov believes the country is a hub for science and engineering, and that the environment now favours cryptocurrency startups to flourish. Ukraine plans to pass a law that will regulate cryptocurrency as a form of property and describe appropriate procedures for blockchain and cryptocurrency businesses operating within the country.

Besides, CoinIdol, a world blockchain news outlet, reported that the Ministry of Energy offered the country’s biggest energy company to explore the possibility of forwarding the energy surplus generated by nuclear power plants to cryptocurrency mining. The government believes that legal mining activities will help to fill the state budget during the times of crisis while boosting the Ukrainian economy.

Tags
Cryptocurrency Blockchain TV Ukraine Government Bitcoin Transformation Online Technology Education
Most Popular
Jan 26, 2023 at 14:11
Price
Binance Coin Remains Above $300, But Faces Further Decline
Jan 26, 2023 at 13:04
Price
Weekly Cryptocurrency Market Analysis: Altcoins Continue Their Uptrend As They Approach The Overbought Zone
Jan 26, 2023 at 11:35
Price
Bitcoin Climbs Above $23,812 And Sets Its Sights On The Next Resistance Level
Jan 25, 2023 at 13:17
Price
Bitcoin Cash Is On The Rise And Reaches A High Of $135
Jan 25, 2023 at 10:45
Price
Cardano Is In Uptrend But Challenges $0.37 High
More