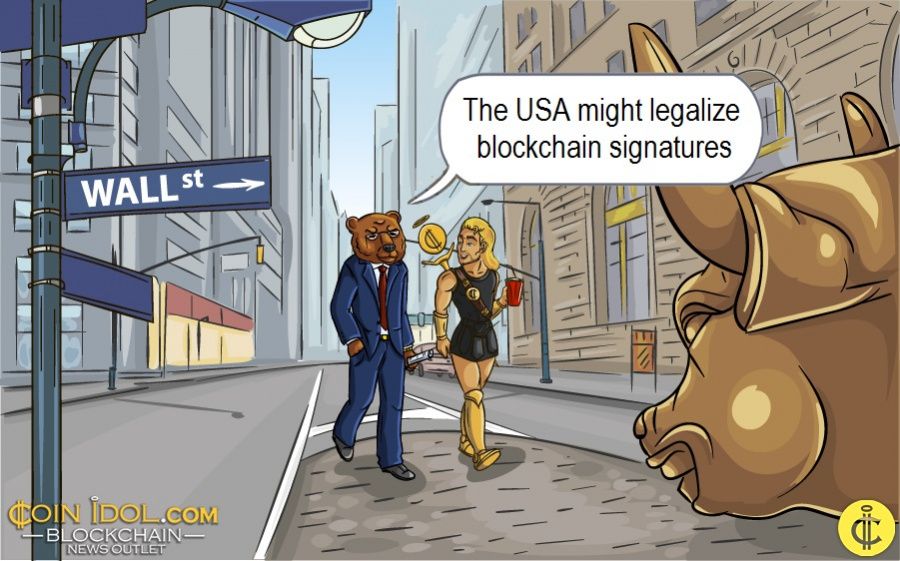 The USA seems to be keeping pace with global digitization. Shortly after the country announced its plans on issuing the digital dollar, a new bill was presented to legalize blockchain-based digital signatures.

The bill was presented to the House Committee on Energy and Commerce by Republican Congressmen David Schweikert and Darren Soto. It is initially aimed at developing common standards for legalizing digital signatures as well as smart contracts stored on a blockchain. If adopted, the bill will grant blockchain-based digital signatures and smart contracts a binding force, thus allowing for their use while making any kind of operations requiring a signature.

Digital dollars for every American

The bill came shortly after the news from the Federal Reserve banks about practical efforts towards the launch of the digital dollar, which is to become the US Central Bank Digital Currency (CBDC).

As CoinIdol, a world blockchain news outlet has previously reported, they are currently working on developing policies and assessing risks. Besides, they try to test various technologies and platforms to define optimal solutions for their virtual currency.

The move by the Federal Reserve seems to prompt the activity of blockchain and cryptocurrency advocates in the country. Now, when the rumours about the digital dollar are confirmed, technology enthusiasts aim at offering more innovative solutions involving cryptocurrency and blockchain.

Even the SEC, which is known for its cautiousness about innovations, seems to have softened its stance. At least, its Chairman, Jay Clayton, stated that they are willing to adopt innovations as soon as they meet their security requirements and bear no risks for the users. So now the famous Crypto Mom Hester Pierce is not the only supporter of innovative solutions within the watchdog.

As the world was forced to lock itself down, many countries started adopting digital solutions for common activities such as studying, working, socializing etc. Now, it seems time has come for finance, as using fiat money risks of being infected.

Despite over about 60% percent of the US citizens being negative about the introduction of the digital dollar, the number of those willing to try this innovation is growing constantly, proving that the trend for general digitization is lasting.