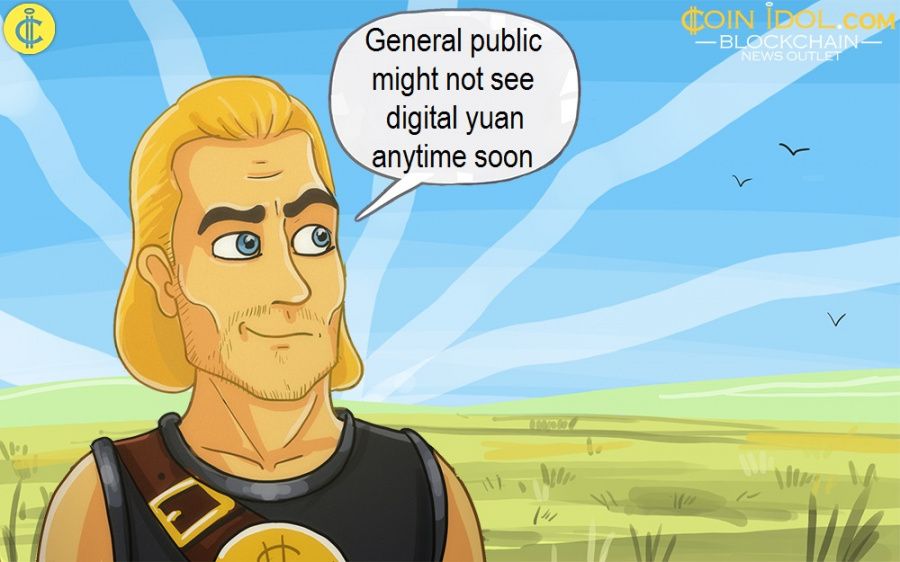 Digital Currency Electronic Payment (DCEP) issued by People’s Bank of China (PBoC) will not be mass-produced and will not be issued in large quantities in the short term, China Central Television reports.

Despite the country is developing this project actively, and has even launched a test pilot of the digital yuan for micro-payments, it is still too early to expect a full deployment of the Chinese digital currency.

According to reports surrounding the DCEP, the current internal testing of digital yuan does not change the industrial operation of financial institutions, nor does it affect the actual yuan-issued distribution system, financial markets and socioeconomics. Accordingly, the rate of circulation of money remains at a normal level. So banks are not going to switch to digital currency all of a sudden.

On the other hand, Lu Zheng, chief economist of the Industrial Bank of China, emphasized that by issuing the Central Bank Digital Currency (CBDC), national financial authorities can expect several advantages. He told a local news outlet that CBDC can cause the following effects: battle corruption, money laundering, terrorism financing, reduce the demand for cash payments, reduce cost of money issuance.

However, within the traditional banking system, CBDC will hardly resemble cryptocurrency. It will most likely remain just a digital version of fiat currency, with the same regulatory and legal framework. In the context of reducing cash usage, the launch of CBDC is encouraging the central bank to endure the fast development of digital payments, boost payment and settlement competence, decrease currency issuance expenses, and establish more room for the execution of alternative fiscal policies.

Nevertheless, despite the obvious benefits of the new digital yuan, the People’s Bank of China is in no hurry to actually release it in the wide market. An official from the Digital Currency Research Institute of the PBoC revealed that the current research and development of DCEP aka CBDC is steadily advancing and is pursuing its original plan, as coinidol.com, a world blockchain news outlet, reported. At the same time he noted that they want to make their CBDC flawless, that is why they take their time to check and fix everything.

While the test pilot of the digital yuan has been launched for four locations around China, there is no information that it will become accessible to the general public anytime soon. Most probably, it will be issued only for banks and financial institutions.

The community expects China to launch their CBDC in 2020. However, even if they do it as it was set forth previously, the community will hardly get a chance to benefit from it right from the start. There are still lots of issues surrounding the digital yuan such as underdeveloped regulatory framework. Despite it more resembling traditional fiat money than cryptocurrency, the existing regulations might need to be modified according to its peculiarities.

So it is likely that China would thoroughly test their CBDC before fully deploying it to the general public.