Central Bank of Russia to Ban Bitcoin and Cryptocurrency 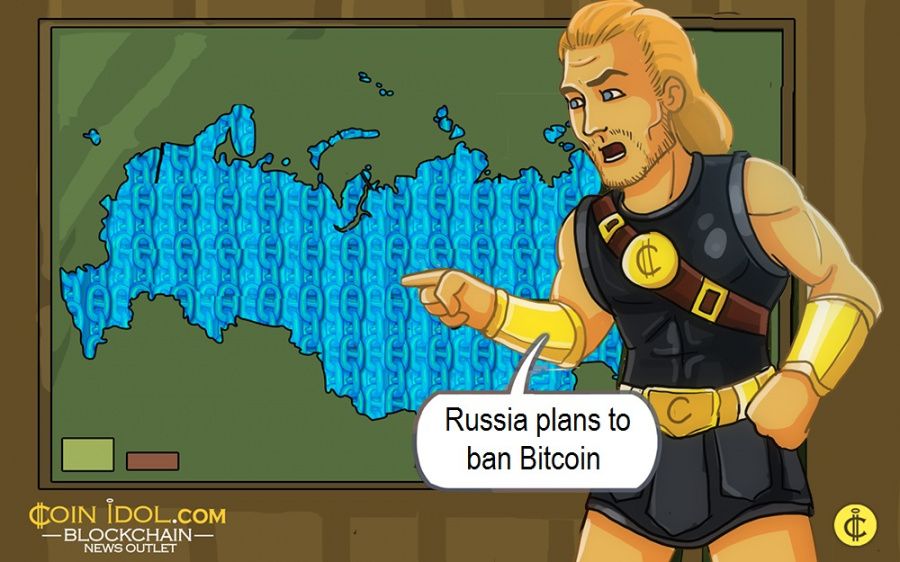 Last week on Friday, the Central Bank of the Russian Federation made a negative statement against Bitcoin (BTC) and other cryptocurrencies, stating that their fiat currency known as the ruble should be the country’s only legal tender instrument.

Even though the decision is not yet implemented, the Central Bank is very much willing to put to an end the use of BTC and any other cryptocurrency in the purchase of goods and services, because the financial institution believes that they have a negative impact on the economy due to their risky nature.

And as per a report from RIA Novosti, a local news outlet, the financial watchdog revealed that the fiat currency Ruble is currently the only legal tender operating in the country, and they think that digital assets have massive risks such as being used in illegal activities like money laundering, funding terrorist groups, drug trading, funding LGBT groups, and carrying out exchange transactions because of high exchange rate fluctuations.

Before the event, there were rumors that Russia is planning to put a blanket ban on all existing virtual currency payments, but as we talk now, it has been confirmed that they would actually back any statutory verdict on the topic in question.

Regardless of that, not only the original cryptocurrency Bitcoin, but the whole digital asset business carrying out operations within Russian Federation is in a bit of aboveboard indeterminate state. Presently, there is no any single clear regulation about cryptocurrency mining or initial coin offering (ICOs) in Russia.

This effort will not make Russia to be the first country that is unfriendly to Bitcoin and other digital assets, other giant countries such as China, India also came up openly to bar the use and promotion of cryptocurrencies in their countries claiming that if they are given a platform to compete with the traditional money, they would make it depreciate in its value hence suffering economically.

Furthermore, as Coinidol reported, these nations that banned the use of cryptocurrencies have further gone ahead to scare away investors and other traders threatening to fine or sentence them to prison if they are caught associating with Bitcoin.

Russia could be doing this in order to give space to its own state-owned stablecoin that is rumored to be underway. The government has even travelled an extra mile to study how other countries such as Petro, etc.have implemented some regulations on centralized tokens such as Petro.

However, just like the Chinese government, Russia is also in support of blockchain but not BTC. Even some higher institutes of education including St. Petersburg State University of Russia have started to introduce courses related to Blockchain and distributed ledger technology.