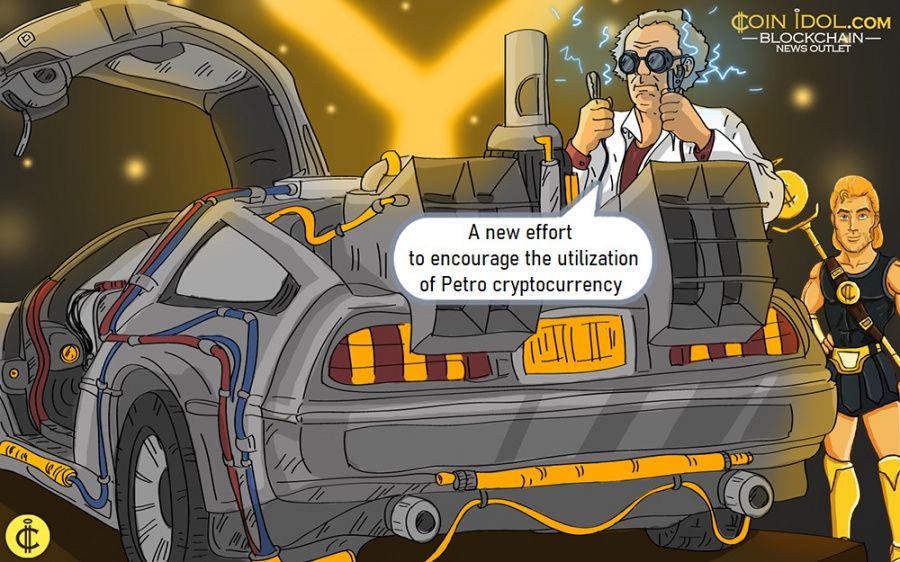 On Wednesday, President of Venezuela Nicolas Maduro revealed that 30 million barrels worth of oil placed in storage tanks is going to work as the backing for the OPEC nation’s government-owned digital asset known as Petro, that has been going through tougher times including being sanctioned by the U.S government under the leadership of President Donald Trump.

The declaration surfaced as part of a new effort by Nicolas’ socialist administration to encourage and boost the utilization of Petro cryptocurrency in past few days, as hyperinflation remains hitting Venezuelans’ scanty earnings and salaries and United States extensive sanctions makes it very difficult for the Caracas to involve in foreign monetary transactions.

Speaking on the state-owned television, H.E. Maduro unveiled that he will deliver these millions of oil barrels as a liquid backing for the state-controlled cryptocurrency Petro. All the accounts of crude oil and other oil-related products are available and ready for instant sale in order to withstand and support the activities of the dominant Venezuelan cryptocurrency.

Promoting the Use of Cryptocurrency

By the time the Petro was officially rolled out in early 2018, various financial watchdogs indicated the digital asset would be supported by around 5 billion barrels of oil in available crude reserves and mine it underneath the ground. So far, the Petro is not trading on any giant digital asset exchange platform.

The outward increase derives as the country’s crude inventories have significantly mounted in last few months, as United States embargoes on state-owned oil firm PDVSA - part of the Donald’s government’s moves to get rid of Nicolas – push aside institutional customers. And this has triggered PDVSA to cut down crude extraction once in a while in 2019.

In the past few weeks, government officials have been engaging themselves in activities that can promote the use Petro, and now a good number of retailers allow it as a means of exchange. However, Maduro never gave clear details of how Petro will operate after the sale of oil inventories. Also, the president made a promise that national retirees and pensioners will be paid their Christmas bonuses in state-owned cryptocurrency.