IMC Recommends that Cryptocurrency Should Be Banned in India 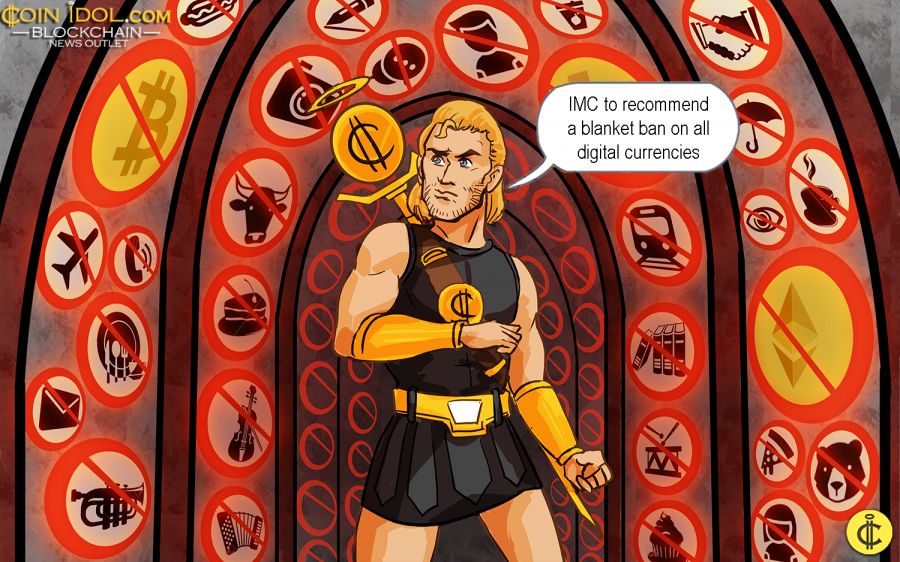 The Indian Inter-Ministerial Committee (IMC) was created to evaluate the potential of bitcoin and other cryptocurrencies so it can work productively. IMC admits the competencies of blockchain technologies but went ahead to recommend a blanket ban on all individual digital currencies existing in the country including Bitcoin, the world’s oldest altcoin.

The IMC actually accepts the use of blockchain technology transnationally in the turfs of trade and finance, know-your-customer requirements, fund transfers, loan applications, and many others. It favored distributed ledger technology (DLT) and further proposed the Economic affairs dept. within the finance ministry to apply it in the finance industry.

The Other Side of Cryptocurrency

The private altcoins have both praiseworthy potential and massive drawbacks, and these tempted the IMC to intervene into this nascent technology and decided to put a ban on cryptocurrencies including Bitcoin, Ripple and Ether. The major concern is the tendency of cryptocurrencies to swindle its users, most especially the ignorant and green groups.

The IMC thought that cryptocurrencies are will become liabilities in the future since they change rapidly without any warning. The fluctuating and volatile nature of Bitcoins is a good example why the government of India developed a will of banning them.

The Stance of India on Bitcoin

India is one of the countries that has a wide spectrum of potential investors and if these people continue to make losses, the country’s economy will be negatively affected. It also requires a lot to promote the use and adoption of cryptocurrencies. According to the environment reports, Bitcoin mining consumes too much electricity, causes global warming, etc., hence becoming a major environmental catastrophe and threat.

If at all Bitcoin becomes a legal tender, the Reserve Bank of India will not be in a position to manage and control financial stability including inflation. It will also be difficult for the government to control malevolent activities associated with cryptocurrencies such as money laundering, terrorism financing, sex, drug trade and others.

Tags
India Cryptocurrency Bitcoin Ban Blockchain Digital currency Altcoin Technology Government
Most Popular
Sep 23, 2021 at 13:10
News
El Salvadorans Embrace Bitcoin Despite Problems with the National Wallet
Sep 23, 2021 at 12:16
News
The Central Bank of Ukraine to Pay Salaries in Digital Hryvnia by the End of 2021
Sep 23, 2021 at 10:48
News
Binance Coin is in a Brief Uptrend, Faces Strong Rejection at the $385 Resistance
Sep 23, 2021 at 09:48
News
Bitcoin Struggles to Sustain Above $44,000 as It Reaches Overbought Region
Sep 22, 2021 at 12:12
News
Banks in EMEA Miss Out the Potential of Blockchain, with Only 19% Benefiting from the Technology
More