Risks of Using Blockchain in Small and Medium-Sized Business 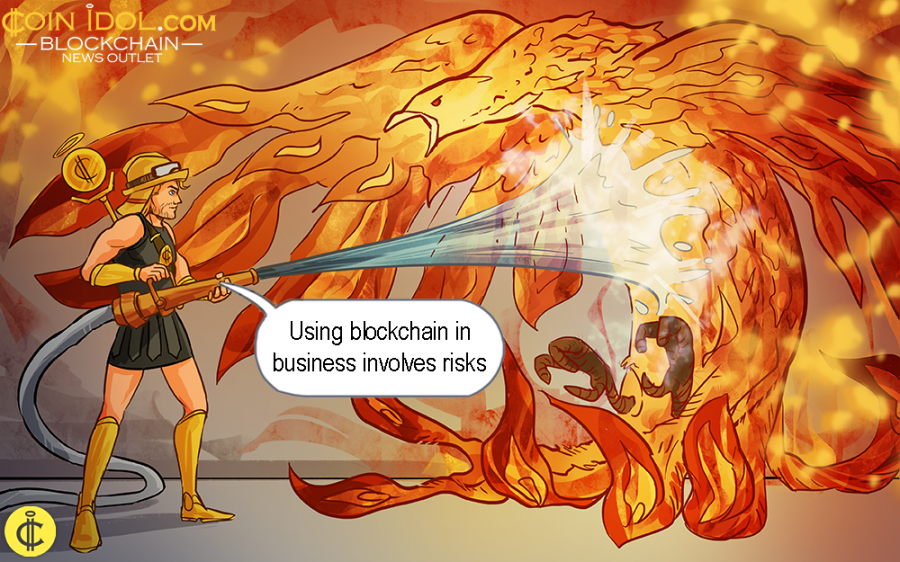 Many SMEs in Italy and other parts of the globe use Bitcoin, cryptocurrency, blockchain technology and other major innovations in their daily operations. Small and medium-sized enterprises (SMEs) are companies whose size falls within certain pre-established occupational and financial limits.

Blockchain technology is considered by many people, to be one of the secure networks, however, according to the study conducted by a group of researchers from Hong Kong Polytechnic University, University of Electronic Science and technology of China, and Beijing University, the technology still has some voids and vulnerabilities that users need to know.

SMEs are usually characterized by a family type management, where the founder is also the owner of the majority of the shares of the firm, and the administrative manager, flanked by other members of the family unit, usually without having a background and training that meets the assigned role. As compared to startups, small and medium-sized businesses regularly produce accounting documents.

The Forms of Business Financing

Banks and non-banks tend to lend money to established companies, with stable and positive historical cash flows, especially if they are able to provide collateral or personal guarantees. These characteristics are generally absent in startups. Therefore, the startup status is by definition a passenger, a test phase to find the elements of the winning strategy to conquer the market and expand on a large scale.

However, the characteristics of a blockchain startup are clearly the temporary nature, since the startup status is initial and transitional, the trial and error method, or rather the experimentation of the business model and the optimal strategy, and finally the model of business that must be scalable and repeatable or must allow large-scale growth.

Therefore, startups dealing with blockchain technology usually have a very high risk rate because there are so many variables that affect the business and different scenarios that may arise. These enterprises are characterized, then, by a low survival rate; conversely, they can lead to an extremely high level of earnings if they are successful.

Initial Coin Offerings (ICO) are now extensive in the sphere of cryptocurrencies and Blockchain technology, it is estimated that in 2017 alone, around 1.25 billion dollars were collected, and this figure was exceeded in 2018.

In fact, ICO has been used as a form of financing, particularly by individuals who intend to carry out a specific project, small and medium-sized enterprises and start-ups, since it is one of the fastest methods in the financial landscape and it does not require the presentation of any document to prove the reliability of the company. But this graft a delicate problem about the hypotheses, in truth not rare of the initiative failure, in that, in this case, the investors are the only ones to lose.

Although it is clear that each Initial Coin Offering can have its own peculiar technical and juridical characteristics. The legal uncertainty and lack of information found in some ICOs determine a high risk for investors who, where the investment offer concerns contracts similar to financial instruments, they are deprived of the guarantees normally provided in the case of products purchased on regulated markets.

The uncertainty connected with the sale and trading of digital tokens basically consists in the fact that investors do not generally acquire any rights to the issuer's operations or to the issuing company, and as a result of that, ultimately, attention must be placed on the rights that the possession of the token grants. In particular, tokens issued on the occasion of an ICO can be abstractly divided into cryptocurrency (coin), utility token, and security token.

The correct identification of the type of digital tokens subject to ICO issuance is fundamental to identify the legislation applicable to the case in question. Particularly, in the case of pre-sales, there could be a risk that the payments could be considered bank deposits, or, even as securities token.

The absence of clear clarity, the rights marketed and exchanged may, from time to time and depending on how the digital token is configured, be assimilated to the currency, or way of managing bank deposits or in the same way as shares, bonds, derivative products, units of collective investment savings organizations or, more generally, of financial products or instruments, etc. and this without considering, that the issue and management of the cryptocurrency token and security token would be subject to the money laundering legislation.

In Italy, Consob produced a document that aims to launch a debate at the national level on the subject of initial offers and crypto-activity exchanges. The document provides for a public consultation with the categories of potentially interested parties, such as owners, promoters, issuers, managers of trading venues, managers of crowdfunding portals, associations of category of the financial sector, authorities, and many others.

It is evident, underlined, that in many cases the qualification of tokens as financial products will depend on the possibility of framing them in the residual category of financial investments. Evidently, the qualification of an ICO as a "public offering of financial products" also determines the application to the token of the provisions on "investment services and activities", of the provisions on "collective asset management" as well as the authorization requirement for trading platforms dedicated to cryptocurrency.

Obviously all aspects which, however, risk putting Italy too far from the heart of the pre-established discussion, which aims to provide a glimpse into the ways in which the collection of fresh media is being addressed. But, indeed, several citizens know well that the blockchain, being an abstract technology applicable to any operation that requires the certain and immutable documentation of the passages of ownership of goods, is a phenomenon of much wider scope than that of the issue of tokens alone, maybe linked to digital currencies.

Be Careful with Blockchain

Generally, if you want to easily understand the problems of blockchain, just look at the limitations of Bitcoin. However, it is not true that the problems of Bitcoin apply to all versions of blockchain, even though the network shares the similar philosophical confines. But there is some hope that strong blockchain will be created which resist issues lingering Bitcoin. Other glaring issues include: decentralisation is too expensive and hard to guarantee; private blockchain is just database with cryptographic signatures; it is also very hard to manage identity; lost identities are a complex problem; systematic dispute mechanisms don’t work; giving a human authority to fix a blockchain rescinds the purpose; and blockchain isn’t that permanent as people expect.