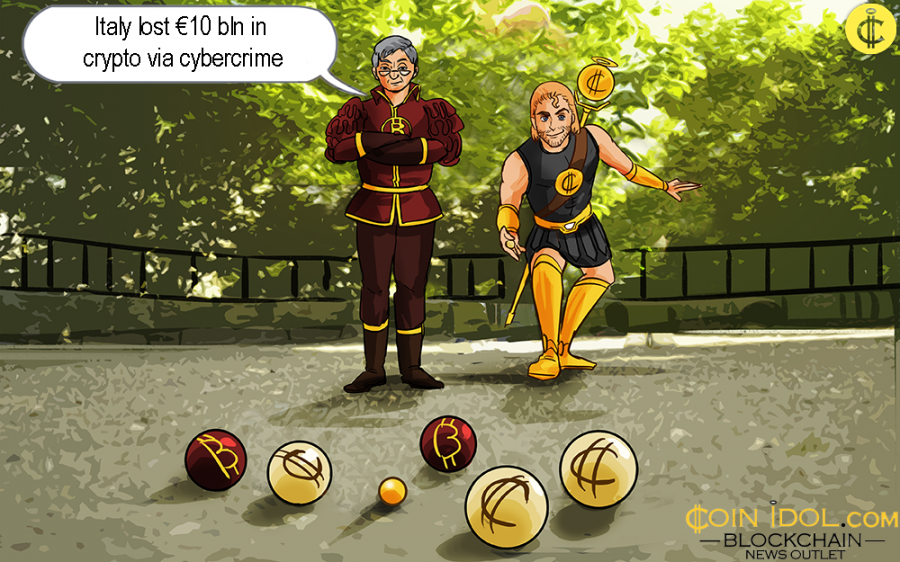 Cybercrime, such as online fraud, industrial undercover activities, and the use of cryptocurrency for money laundering, etc. in Italy, is the rapidly increasing malevolent business with the highest margins of diffusion in the future, according to the Global Risk Report 2019 by the World Economic Forum. The country incurred a loss of around €10 billion in 2018.

In a conference attended by Gennaro Gigante, director of Catania branch of the Bank of Italy (BoI), said:

According to the Antonello Biriaco, President of Confindustria, the damage suffered by firms in Italy due to computer-related crimes, reaches €9 million.  Since 2017, the growth rate of the amount of severe attacks has grown by 10 times as compared to the former one, according to the Italian Association for Information Technology (IT) Security report.

"In 2018 there were at least 10 major Business Email Compromise attacks that involved important companies, with a damage of over €300,000, which we have partially recovered," said La Bella.

In an effort of developing an effective regulatory framework that will protect the economy of the country, Giorgio Sangiorgio, the president of the Order of Accountants of Catania, said:

“The fiscal scenario concerning cryptocurrencies, in particular bitcoins, is still little explored, contributing to blur the limits within which to act and considering that a large part of the crimes goes beyond the borders between states.”

An official from the Italian Technological Innovation Authority, Vincenzo Lo Piccolo, proclaimed the looming gift of a “Plan for IT” in regional governance. Furthermore, the head of BoI’s institutional supervisory reports, noted that:

"We need to rethink cybersecurity as a value for the business and customer service, making it an integral part of developing more efficient, effective and sustainable business models."

However, the government also wants to start informing and educating its people especially the youth who are perceived as “digital natives” – such that they can be aware of the risks involved in cryptocurrencies such as Bitcoin, Ethereum, Ripple, Litecoin and others.

"The biggest challenge facing the modern economy is to be able to combine the need for speed with traffic and security," said Catania prosecutor Carmelo Zuccaro. "Relationship in a synergistic way to the problems of innovation is the extraordinary capacity of the institutions of the Etna city".

The rate of malevolent activities such as money laundering, funding terrorism, drug trafficking, and many others, through Bitcoin, is actually fastest-growing in Italy and the world at large. In fact, it was found out that Mafias in the country use cryptocurrencies for money laundering.