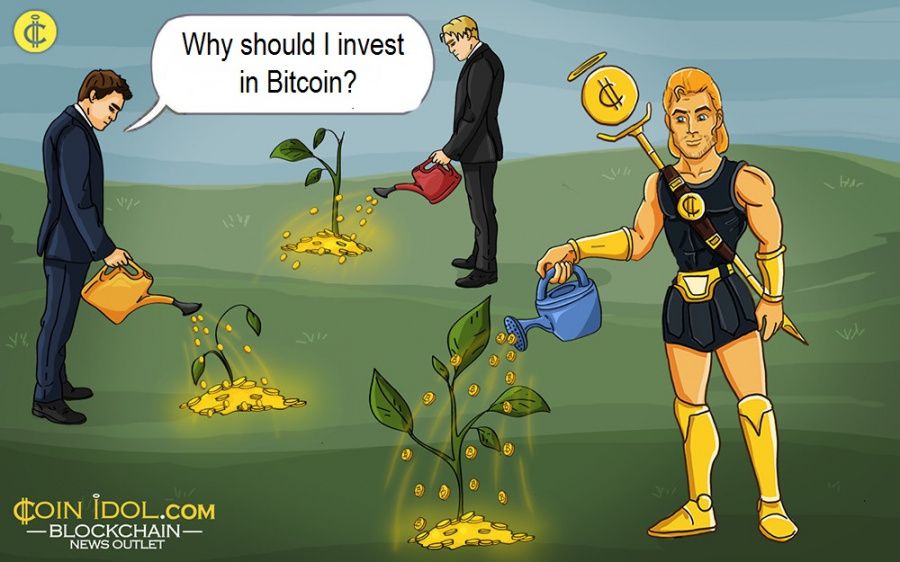 Cryptocurrencies including Bitcoin (BTC) are just one decade old but they have proved to be one of the major profitable investment alternatives in the world.

BTC is up 64% from January 2020 but the gravity-flouting performance of the stock market is cornering venture capitalist attention. However, there are several conceptions surrounding Bitcoin investment. But people in the community want to know the reasons why they should invest their money in digital currency and which cryptocurrency to venture in.

Nonetheless, in the year 2020, investing in BTC is one way of accumulating large amounts of profits. Investing in digital currency brings many benefits which include; portfolio diversification, investment potential, security, and convenience.

Even though Bitcoin still has a lot of things to prove to the financial regulators, it has exhibited a lot of real advantages to its customers and these include; direct transfers for immediate settlement, protection from payment fraud, lower fees, reduced possibility of identity theft, and access to historically inaccessible markets.

Why should an investor invest in digital currency, especially Bitcoin? Here are some of the reasons which have made BTC a more attractive and lucrative alternative investment.

The adoption for Bitcoin is skyrocketing across the world

A lot of factors have come into play to influence the adoption of Bitcoin. One of them in this year has been the outbreak of Covid-19 pandemic. People have been advised by governments and health organizations including the World Health Organization (WHO) to use cashless means of making transactions (digital payments) including cryptocurrency. This has led to the boost in the adoption of tokens especially BTC. Bitcoin and blockchain are increasingly being adopted in our societies just like the internet.

Since the use of fiat currencies and traditional money causes more worries, stress and huge taxes, several businesses globally are now using Bitcoin as their primary virtual currency. With all the solutions accompanying cryptocurrency, BTC is the future of money.

More people have started to use and invest in Bitcoin cryptoasset due to Coronavirus pandemic. Bitcoin has been stable throughout this challenging period that has seen more than 867,542 people die and 26,192,041 infected with Coronavirus disease. Unlike our traditional money, BTC is not tangible, so it cannot spread Covid-19 from one patient to another (normal person).

This digital feature has given Bitcoin a chance to be highly used for payments and investment purposes. According to the report, the downloads and installs of cryptocurrency apps were seen growing significantly in this year of Covid-19 compared to the previous periods.

Since the most territorial borders have been closed, the movements have been limited, and this has pushed many investors, businessmen and customers, to use the online market and investment platforms – of which Bitcoin is among them.

The word Bitcoin has been searched in Google multiple times more than any other coin. The number of Bitcoin searches worldwide hit 90% on April 2, 2019.

When the Covid-19 lockdown was widely active, the number of people showing interest on BTC increased to 100% from May 10-16, 2020, and when the lockdown was eased in different parts of the world, the interest decreased to 79% (July 26 – Aug 1, 2020). This gives you a picture of how much the cryptocurrency is loved.

Thanks to Coronavirus that has given Bitcoin a protracted platform to exercise its payment and economic importance. Today, there is much awareness by both the individuals, governments, companies, businesses, organizations, of BTC’s unique value proposition (UVP).

In 2020, BTC has managed to jog through the memory of many people and reminded them of the role played by gold back in the 1970s. Indeed, BTC technology is a far grander savings tech available to people and investors in 2020.

Investors have for long tested the price movements of Bitcoin. The coin has passed through many upward and downward trends in the last decade and has been pronounced ‘dead’ more than 380 times in the different media platforms. Nevertheless, BTC has always recovered and rallied to exceed its most new all-time-highs (ATH), and this always leaves investors with an optimistic mind hoping to make profits again when the crypto storm settles. 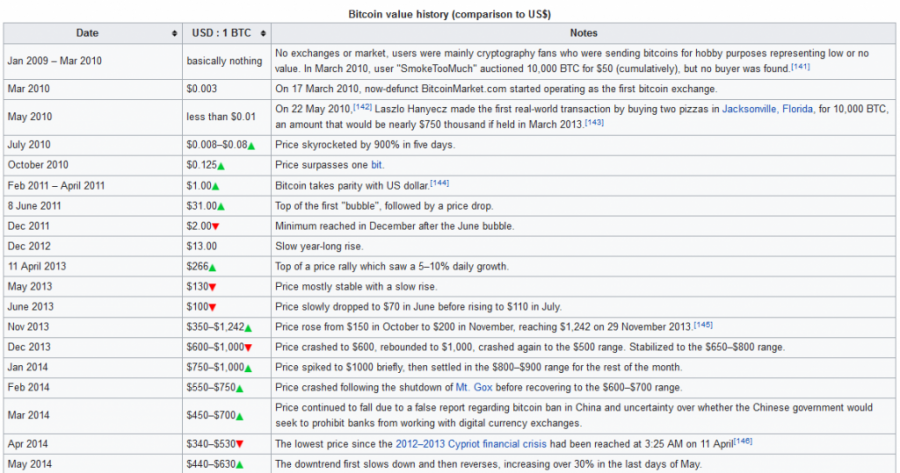 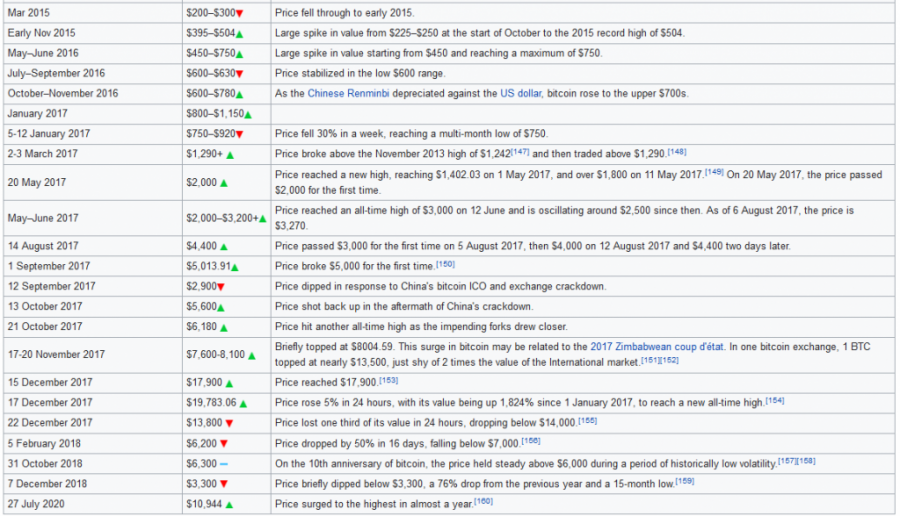 Bitcoin recorded an ATH of $30 in mid-2011 on several cryptocurrency exchanges. After the attack on Mt.Gox exchange, its price plummeted to a bottom of $2 in November the same year and later recovered in the following year (2012).

Therefore, the historical price movements show that BTC has the potential to surpass its most recent ATH again, despite taking a little bit longer. Currently, the original cryptocurrency is changing hands at around $11,330 with a market cap of $209.36 billion. Bitcoin has proved that it's worth an ultimate hedge. 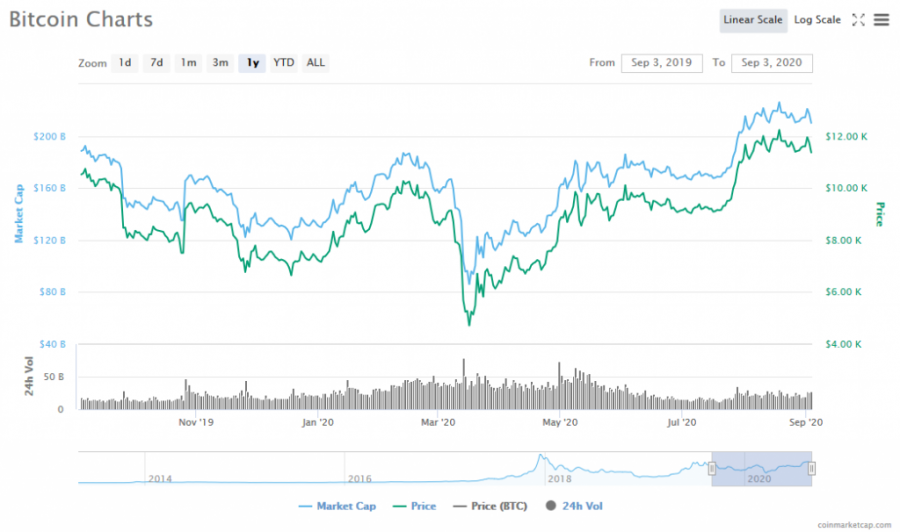 And as the law of demand and supply has it, if the demand and price of BTC surge with more users than ever using BTC as the primary virtual currency, its value will ultimately soar, hence, more people, businesses, companies, retail and institutional investors will be flooding and attracted to invest in Bitcoin.

Learning about Bitcoin investment takes a short time, is easy and free

One just needs access to the internet to learn how to invest in cryptocurrency and this takes a shorter period to appreciate the concept of investment. But in our conventional investments, an investor would attend classes for him or her to learn the basics of investment. Generally one had to spend a lot of time and resources, hence making it more expensive than learning Bitcoin investment.

Using reputable platforms, experts, and cryptocurrency trading & investment books, it takes a few days for one to learn how to invest in BTC and make profits out of this investment.

There is a forest of other great cryptocurrencies such as Ethereum, Ripple, Monero, IOTA, Litecoin, etc. All these tokens are trying to use new tactics to penetrate the market and bring in more important benefits to their customers to surpass Bitcoin. Nonetheless, BTC has remained trading like a hot cake since it is the backbone and role model of almost all other digital currencies in this industry.

Bitcoin was the first cryptocurrency on planet earth and this gives more ultimate advantages over others who are tussling it out to make it to the top. Since its inception in 2009, BTC has demonstrated qualities of being a secure, trustworthy, decentralized and profitable cryptocurrency, as other coins are still hustling to catch users’ attention and attention. BTC is the coin to watch in 2020.

Governments embrace the use of Bitcoin

As various governments are still trying to develop their own central bank digital currencies (CBDC) to end the hegemony of BTC, other governments have come up publicly to recognize Bitcoin inheritance as legal. For instance, in Italy, it is now possible (for a friend, or family member or a company) to inherit someone’s Bitcoin funds and cryptocurrency rights using the blockchain network in case the owner is dead.

Many people used to lose their savings in case they are dead or insane. For instance, in 2018, it was reported that $1,000,000,000 worth of XRP (approx. 3,667,033,370 XRP) was completely lost when its holder died. The deceased was the only person who had the private key(s) of the digital wallet that contained his cryptocurrency funds. Unfortunately, his family has never gained from these funds.

The same story with the Canadian crypto exchange QuadrigaCX that left its 115,000 users in huge losses (US$190 million) and many declared themselves bankrupt after the death of its founder Gerald Cotton died while being hospitalized in India. According to CoinIdol, a world blockchain news outlet, about 1% of cryptocurrency holders die annually and their money is never insured to be given to their heirs.

In May 2020, China also added cryptocurrency to a list of legitimately inheritable assets, as Coinidol, a world blockchain news outlet, reported.

Now that the new solution is available that enables users to pass on cryptocurrency wallets to the designated heirs, more and more investors will be flocking to investing in BTC and other cryptocurrencies of their choices. Cryptocurrency especially Bitcoin will in due course become the globe’s most dominant currency in the near future.