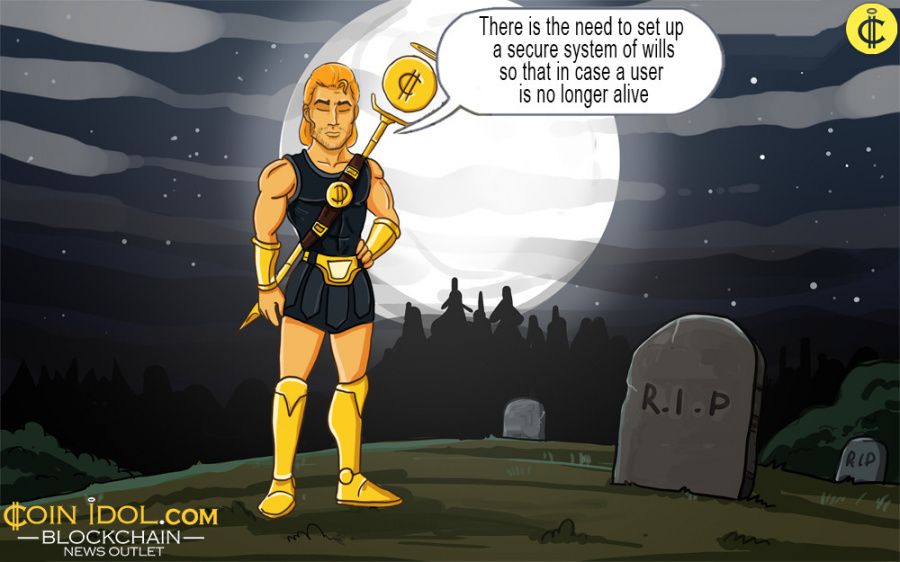 One of the biggest benefits of cryptocurrencies is that with their military grade encryption and security, it is almost impossible to hack into a user’s account. The only way anybody can access is through possession of a long string of alphanumeric private keys.

Although this is a very good way to secure digital assets, it can be a problem for heirs of a cryptocurrency owner in case of his or her demise.

Every crypto e-wallet consists of two set of code: a public key, representing the wallet like a banking account number, and a private key, the code through which the wallet is made accessible.

E-wallet developers will always highlight the importance of keeping private keys secure in a manner that no one can gain access to it. The private keys is all that is needed for anyone to access a user e-wallet and skip away with the money. The importance is justified, yet there are scenarios where private keys were kept so secure that it became a nuisance.

A Billionaire Dead is a Billion Lost

Last April, a crypto asset holder’s death was reported where his estimated $1,000,000,000 worth of Ripple’s XRP was totally lost, since he was the only person who knew of the private key to the wallet that held his digital money. His heirs are still unable to locate where he hid the private keys.

News like this of crypto coins lost in the blockchain realm due to sudden demise of owners is just a tip of the iceberg. An estimated 0.7% of crypto holders die every year. If they have not set up a way for their legal heirs to get their hands on private keys holding their digital assets, the money is lost forever, since there is no way set in the blockchain systems to retrieve the keys.

DigiTrust is a Singaporean platform that understands the need to set up a secure system of wills so that in case a user is no longer alive, his or her heirs can have the cryptocurrency transferred to them, just like any other asset.

The platform helps people to set up their wills in an easy manner, where users can prepare of any kind of eventuality, from disability to death. In case their set criteria is met, their assets can be transferred to any heir they have nominated on the DigiTrust platform. The decentralized network operates on automated wills that have no human interference or involvement, making it secure and settlement of wills smooth.

The platform runs its automated wills through its own digital token, the WillToken. The token allows users to gain access to all the services offered by the platform, enabling setting up of wills, selected heirs and the conditions in which digital assets will be transferred.

For more information on the digital will platform, visit their website.