Pros and Cons of ICO & Cryptocurrency Regulations in Italy 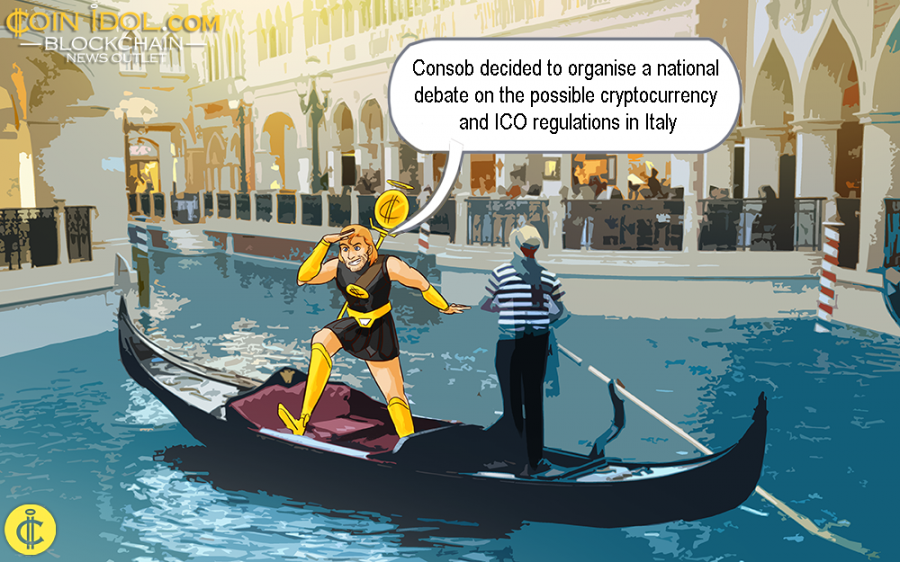 A proposal dubbed “Document for Discussion” by Consob, a supervisory authority in Italy responsible for shielding consumers and investors from being overexploited by bad actors, to regulate initial coin offerings (ICOs) and all activities conducted by cryptocurrency exchanges deserves an in-depth analysis since the proposal carries a wide range of pros and cons.

The Authority decided to organise a national debate on the possible regulation in Italy of the initial coin offerings (ICOs), cryptocurrency and blockchain technologies, and further discuss on how to develop a definition of cryptocurrencies, regulate the recently released cryptocurrency offers and the involvement of equity crowdfunding platforms in this bustle, and how to regulate the trading, custody and transfer of cryptocurrencies including Bitcoin, Ethereum, Ripple and other major digital assets.

Elements of the Proposed Definition

The definition of crypto-assets being proposed by Consob in its Document does not match with virtual currencies like Bitcoin, but corresponds with tokens which do not fit in the definition of a financial instrument, but which may ultimately configure that financial product.

In summary, the definition of crypto-activity proposal by the supervisory authority Consob, is based on the following specific elements: cannot be included among the crypto-assets; crypto-assets are defined as digital registrations representing rights associated with investments in business projects; these digital recordings must be solely created, stored and transferred by means of technologies based on distributed registers; the definition should also include entirely those crypto-assets that are destined to be traded or are traded within one or more trading systems ( crypto exchanges), which will also be regulated by the new legislation.

With regard to the first element, the Authority proposes to restrict the scope of application of possible future regulation to those tokens which do not fit in the definition of a financial instrument, but which may ultimately fit in the elements characterizing the domestic definition of a financial product. This seems to be a sort of forced choice by Consob, since the financial instruments and insurance and pre-assembled investment products are necessarily subject to the European regulation of financial markets.

Basing on the above-mentioned elements describing the definition of crypto-activity, is a necessary connection of the rights incorporated in the crypto-assets to investments in entrepreneurial projects and leaves little to be mystified.

Such a restraint would be removed from the scope of application of the future regulatory sandbox the offers to the public relating to those tokens which are not linked to participation in entrepreneurial initiatives or projects, but which incorporate rights connected to illiquid assets.

The Authority, together with other authorities such as the Bank of Italy, is actively pushing for the creation of proper regulation for Bitcoin, exchanges, ICOs, cryptocurrency, blockchain, distributed ledger technology and other innovations, in order to level the playing field so businesses participating in this nascent sector can prosper economically.

The Authority will borrow a leaf from some giant countries L'Autorité de Marchés Financiers in France, Bafin from Germany, Malta, San Marino, United States of America (USA) Securities and Exchange Commission (SEC), etc. that have managed to come up with solutions related to this matter of initial coin offerings. The Consob is the Italy’s main financial watchdog and works the same way like the USA SEC.