Consob: Paolo Savona Plans to Focus on Blockchain in Italy 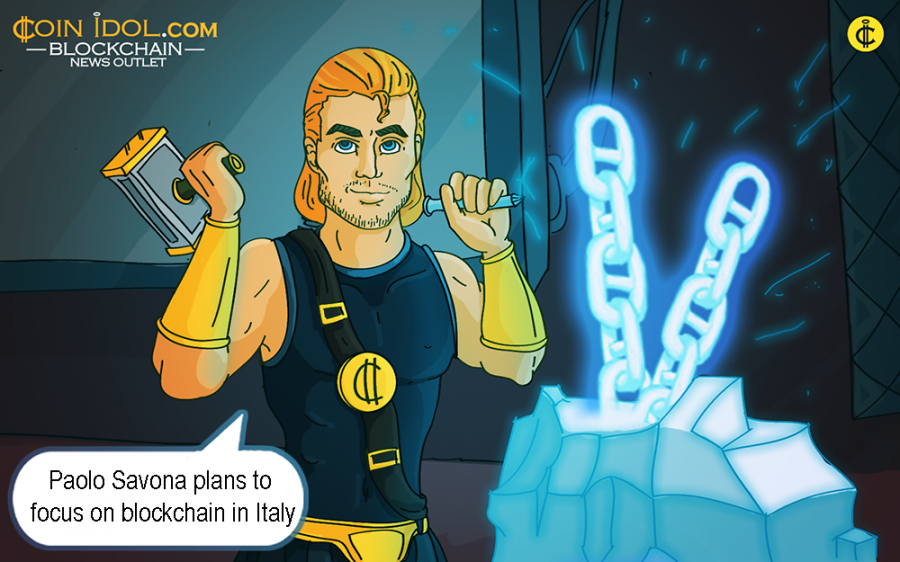 The newly appointed Chairman of the Supervisory Committee Paolo Savona, during the hearing of the Senate Finance Committee, explained the main points of his project on blockchain. Consob also focuses on protecting savings, Borsa Italiana reports.

Traditional principles and new innovative technologies such as Blockchain, artificial intelligence, internet of thing, machine learning, smart contracts and others, are the major ingredients of Professor Paolo Savona, Minister of European Affairs.  His first statement during a hearing at Finance Committee, was like:

"I will act with great prudence if I should enter the post in the future. It is not that a dictator comes who creates a revolution and paralyzes everything, it is not in my character, it is not in my tradition."

So the minister who recapped that he expects to put together a "parallel" work group to ascertain and study enhancements, but "sans instigating a revolution in ordinary operations" by Consob.

On Feb 23, Paolo was before the Finance Committee and revealed the main points that will characterize his mission.

"Protecting savings as a strong point of the country and society, mobilizing it for growth, minimizing risk."

But to achieve impartiality and transparency in Consob, Professor Paolo aims to employ blockchain technology and artificial intelligence.

Talking about savings in Italy, Savona said that is:

"A strong point but turns into a weakness for lack of confidence, goes aimed at internal development by keeping the risk under control."

The use of blockchain technology to attain full transparency in the policymaking and decision-making exercise is under scrutiny. Minister Paolo intends to:

“Take into account the high-level activity, both organizational and political, of the organization's body and the five commissioners' summit, in the blockchain, to achieve full transparency in the decision-making process."

The obligation to stop unusable formalisms unravelling the profusion of internal and European legislation and guarantees that in the process of its operations will adopt significant caution, spirit of the nation, full respect for the collegiality at the top, sans the need of a dictator and no desire to form discontinuity in the management of day-to-day life.

Then, on the risk of possible incompatibilities, professor Savona replies that it isn’t up to him to judge but he will respect it.

"If the appointment is legitimate I will be happy to exercise the functions otherwise I will not bring, as I did not brigade, to keep the task. I cannot do the debt by chance, I can feel it," says the Economist who also argued on the age of Savona."

To dismiss any uncertainty about his intentions, Minister Savona decided to elucidate:

"There are four other members of the Commission and, even if I were the most villainous, I could never pass a resolution that was not in the general interest."