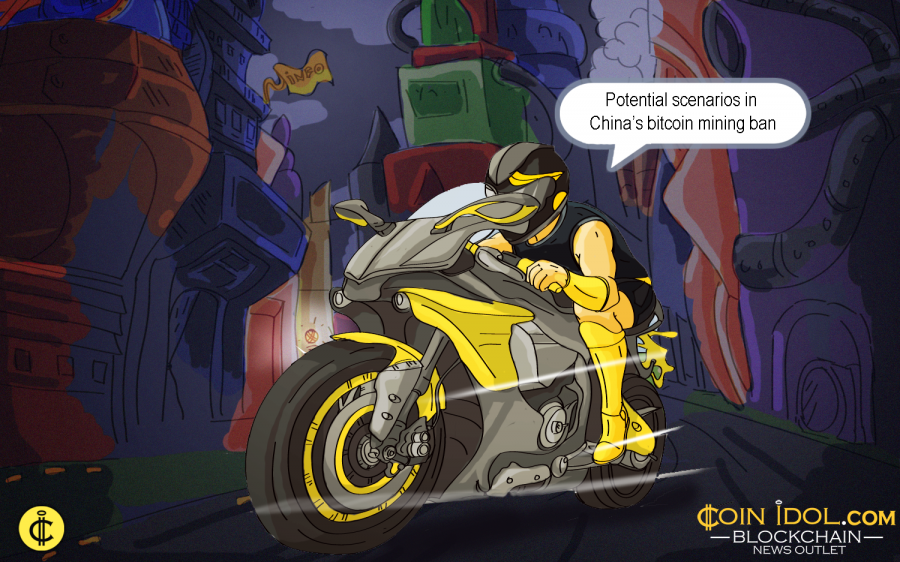 China, the world’s biggest market for computer hardware produced to mine Bitcoin and other major cryptocurrencies, recently banned crypto mining activities, with the aim of combating the increasing pressure on the government from the crypto sector. The move - China’s Bitcoin (BTC) and cryptocurrency mining ban – poses some potential scenarios.

The National Development and Reform Commission (NDRC), China’s planning agency, released a document on April 8, that it is generally mapping out future removal of digital currency mining.

The major reasons given are that, the cryptos are non-compliant, waste resources and are unsafe, as well as causing pollution to the environment due to their continuous processing. The earlier crackdowns made several Bitcoin operators to reallocate outside China.

In addition, the country manufactures crypto mining equipment, and the manufacturers were planning to participate in the stock market. The ban may distort their original plan, thought it can be integrated in a reviewed, Chinese-run scenario.

There is some economic muscle in this event, and it could influence the whole cryptocurrency industry:

• Chinese digital currency investors could easily penetrate into their local market, fetching back money from overseas and enabling the government to run it – look at the “crypto bonds.”

• If Chinese capital is detached from the digital currencies, that’s a giant exit of lots of liquidity from the market. That could destroy the market in near future. It could also devalue the fiat currencies. It’s very dubious that hasn’t happened to the planners.

• The market speculation isn’t very prevalent in China when it embroils large sums of money, uncertain transactions and sources of money plus high risks – one of the statement of authority goes like, “You do things our way.”

Thus, from an economic viewpoint, China has a small number of good, self-help reasons to stop the crypto mining business. Certainly, there are other major contemplations, much less palpable from the data issued per now.

• Banning the cryptocurrency industry could be a good move as for introducing China’s long-whispered own state crypto. It would be an instantaneous monopoly and also discourages independent operators.

The other potential reasons for what is actually a very significant policy shift are also very intricate:

• Markets can be easily manipulated, actually several investment markets are.

• Banning, but making their own external access to other people’s money is an excellent idea. When China launches its own crypto, that would be wise.

• Digital currency mining is universally connected across a variety of business and independent operations. The billions of transaction mining activities could be predominantly problematic to examine for security risks.

However, several crypto traders, experts and analysts, are optimistic that the move by china to ban initial coin offering ( ICO) and crypto mining, will send the price of Bitcoin and other virtual currencies much higher.