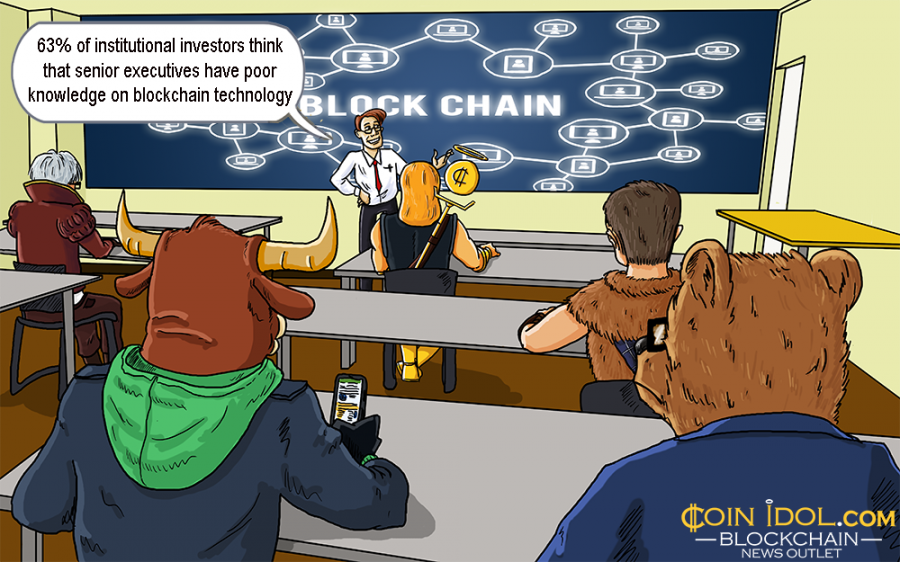 The Global Blockchain Business Council (GBBC), the leading association for the blockchain ecosystem, conducted research on Tuesday, January 22, 2019, and discovered that around 63% of institutional investors think that senior executives have poor and less knowledge on blockchain technology. Just 7% depicted their blockchain understanding as “good,” and 30% saying it is “average,” according to the report by Thefintechnews.

In a comment made by Sandra Ro, Chief Executive Officer of the GBBC, revealed:

“Our research suggests there is still a huge task ahead for the blockchain industry to educate senior executives at large corporations about the benefits of this new technology.  Despite this, investors still expect companies to invest huge amounts of money into how they can capitalise on blockchain, but they anticipate it will vary greatly between different sectors.  Indeed, our research reveals that 39% of professional investors believe blockchain will do to banking what the internet did to media.”

The research reveals that around 76% of professional investors who participated in the interview don’t believe senior executives in big businesses and companies are peculiarly bound to distributed ledger technology (DLT).

They are optimistic that global expenditure on DLT to soar by more than 107% in 2019. More than 6% expect expenditure in the field of blockchain will more likely soar by over 200% in this very year.

Professional investors are also optimistic blockchain technology will cause a positive contribution in the next half a decade, around 69% referenced financial services and the banking sector, 45% pointed at digital identity and 34% cited the healthcare sector.

According to the research, below is a table that shows the level of application of DLT within different organizations changing over the next 24 months.

However, the World Blockchain Forum (WBF) rolled out a plan in New York aiming at creating greater understanding and consensus on this new technology, as Coinidol reported. The 4th WBF took place on November 8-9 last year.