NEW YORK CITY, USA - A reality-style television event, a hackathon, a job fair, and presentations and panel discussions featuring leading innovators in the dynamic blockchain and cryptocurrency industry, are just some of the highlights expected at the 4th World Blockchain Forum (WBF) that will take place in New York, November 8-9, 2018. 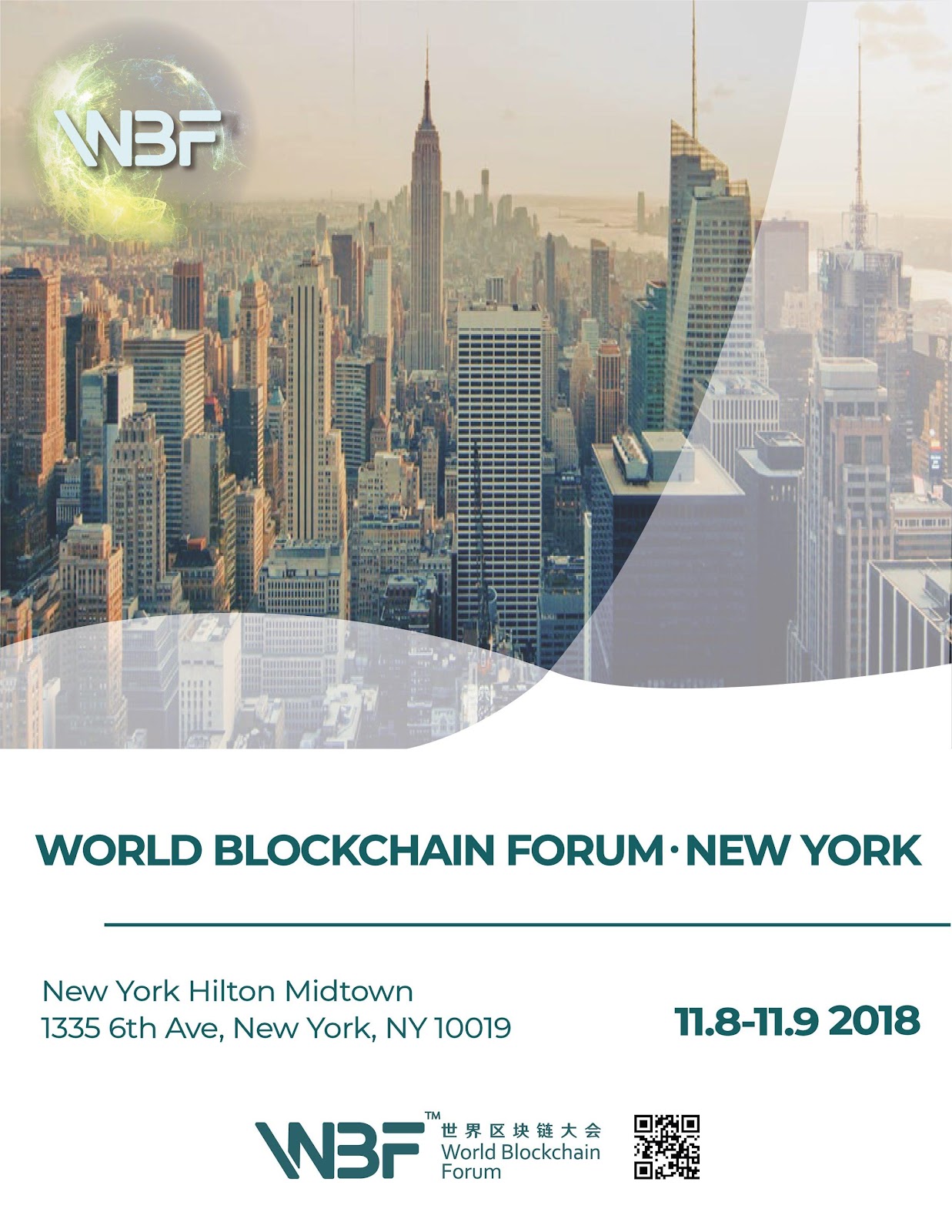 “We are witnessing an unprecedented digital migration of wealth onto blockchains of various forms so we need to start working towards a global blockchain industry consensus,” WBF Co-Founder Zhao Sheng said. “And the best way to achieve consensus is to gather all stakeholders together within an ecosystem founded on consensus, which is why we organise the World Blockchain Forum.”

Everyone is welcome to attend WBF. In particular, WBF extends an invitation to anyone who is sceptical about blockchain and cryptocurrencies to come along, express their concerns, ask questions, and learn more about the positive benefits of blockchain from the movers, shakers, and beneficiaries of the technology.

More than 2,500 people are expected to attend WBF New York, including representatives of 150+ companies and 200+ speakers; experts are from various areas, such as blockchain finance, cryptocurrency, token economics, and consensus, Ethereum apps, the EOS ecosystem, the future of crypto, and AI trading.

Confirmed speakers include Celsius Network Founder & CEO Alex Mashinsky (a pioneer of peer-to-peer decentralized borrowing & lending platform), Agentic Group Founder Rik Willard (representing a federation of more than 50 blockchain and related companies on five continents), and Everipedia Founder Mahbod Moghadam (who is putting human knowledge on the blockchain). These speakers and many more will bring their powerful insights into blockchain technology and its applications. 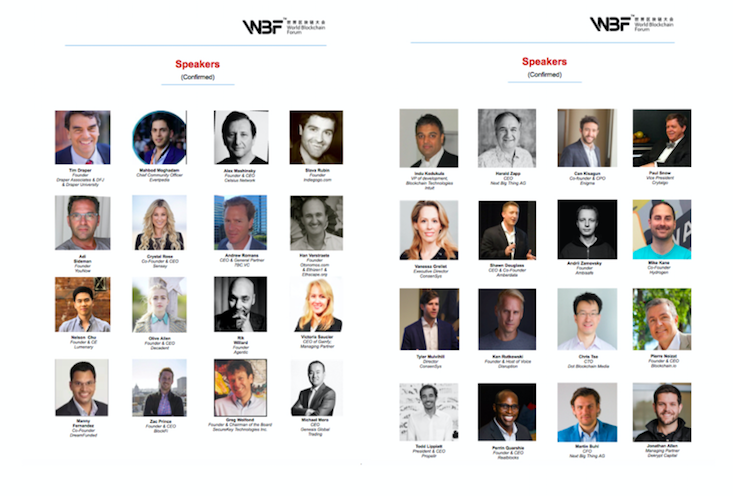 WBF is dedicated to bridging the Eastern and Western worlds in an interactive setting. The conference will discuss the current state and future prospects of blockchain, including trends, opportunities, challenges, regulations and their long-term implications.

WBF is expecting more than a million global impressions from coverage of WBF New York, making it the blockchain event of 2018.

WBF will work with television producer SharkChain during the first day of the Forum to produce a competition show onsite in which a shortlist of innovative blockchain companies will pitch their business proposals to a panel of investors.

Representatives of promising projects will pitch their ideas to experienced investors and answer probing questions while getting invaluable global media coverage and exposure.

This will be compelling viewing for anyone interested in the blockchain sector, especially new investors and aspiring entrepreneurs. 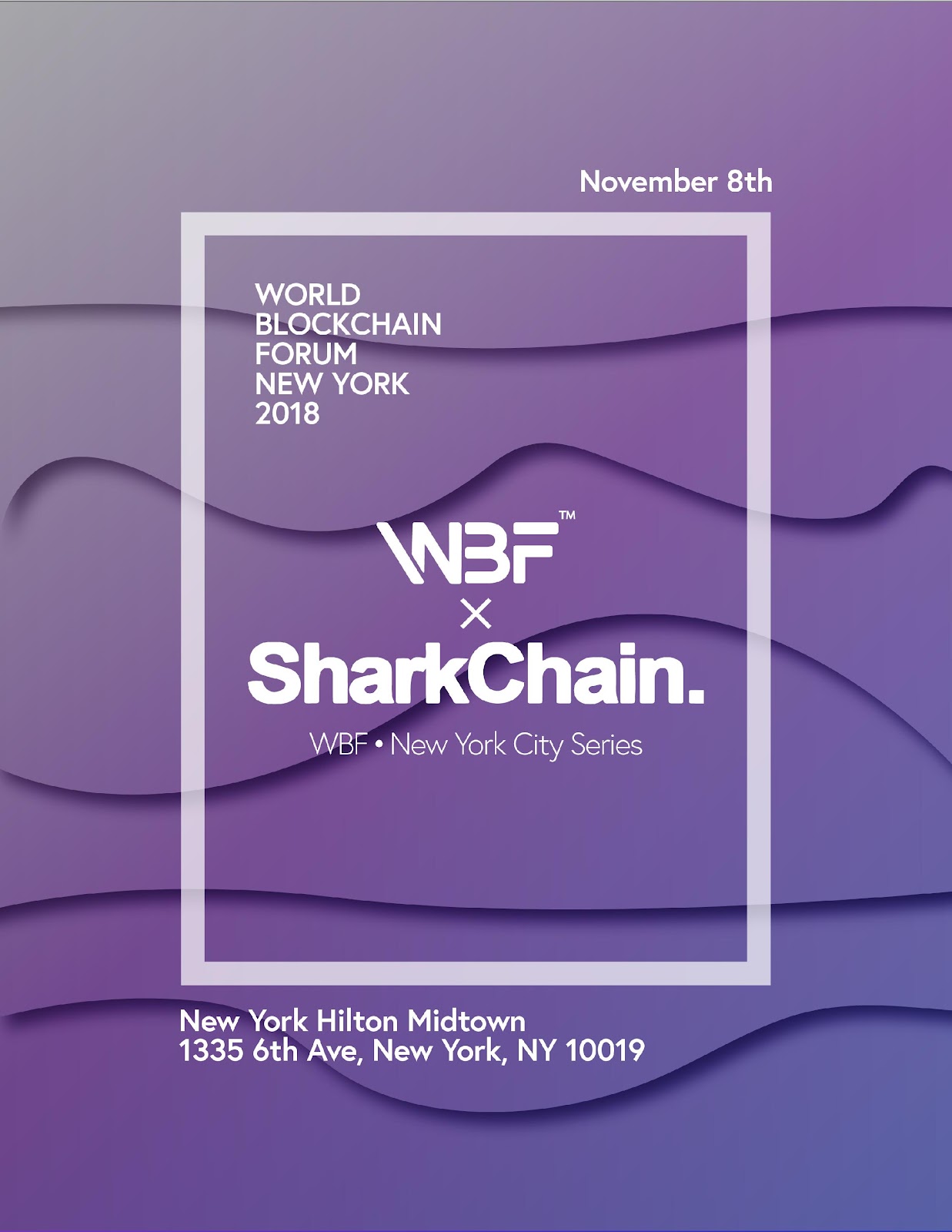 Explore Opportunities to Join the Revolution

Popular Chinese recruitment firm liepin.com is working with WBF to host a job fair during the event to help attendees learn about and connect with opportunities for employment or professional collaboration.

As part of Blockchain Week 2018 (November 8-13), tech-oriented not-for-profit IDEAS will work together with WBF to host a global blockchain hackathon immediately after the Forum on November 10-11.

IDEAS is the largest tech non-profit and boasts the widest developer community in North America with more than 200,000 members. The organization is active not only in the blockchain industry but also in data science and AI.

About the World Blockchain Forum

The World Blockchain Forum (WBF) Corporation was registered in New York in 2017 and its first WBF event took place March 26-27, 2018 in London.

From the outset WBF positioned itself as the premier event at the cutting edge of global distributed ledger technology (DLT or “blockchain”), an interconnecting platform for global blockchain stakeholders, and a place where leading authorities and innovators can listen and be heard.

As the blockchain sector’s leading event, WBF is able to invite, inform, and influence leaders in government, academia, media, and business who may still view blockchain with scepticism.

Now an established event, WBF has set out its primary objectives as follows:

We invite you to join the 4th World Blockchain Forum, November 8-9, 2018 in New York at the New York Hilton Midtown.

Keep an eye on our social media channels and official website, WBF.io, to get all the details and reports first.
Official Website: http://www.wbf.io
Ticket Sales: https://www.eventbrite.com/e/wbf-new-york-blockchain-conference-tickets-48224210913

Note to Editors: These stories and much more will play out at WBF. Consider attending in person or sending a representative journalist to cover the event.