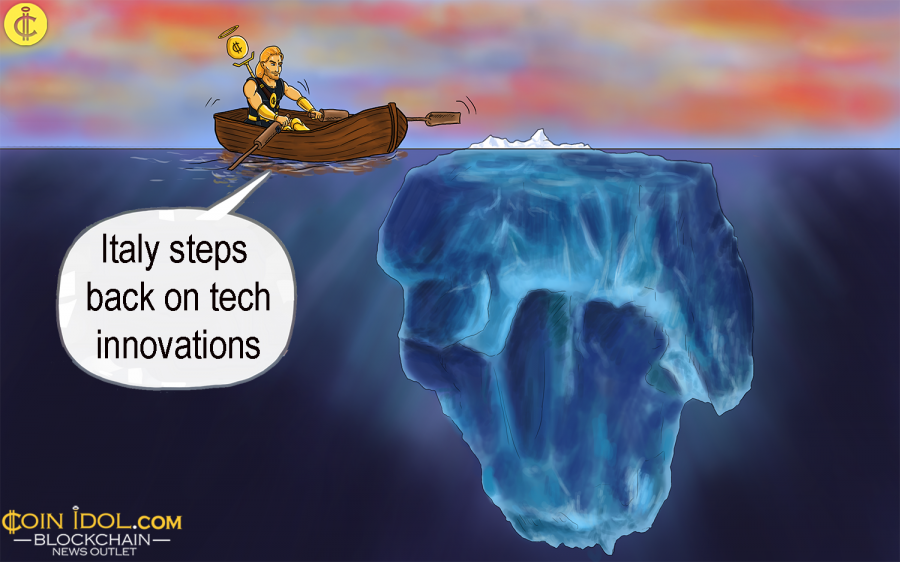 Blockchain technology is being highly adopted in all corners of the world, but Italy seems to be running away from it. Citizens are not sure where exactly the country is heading, some think it's going back to year zero.

In some appealing countries such as Singapore, San Marino, Malta, U.S, Switzerland and many others, the nascent blockchain technology is at the centre of effective regulation. Professionals such as professors, researchers, software developers and other people from academic sector are doing everything possible to effectively develop the blockchain industry to the maximum.

The LinkedIn economic Graph analysed the profiles of around 590 million individuals and over 30 million firms and found that blockchain technology is the most sought-after venture in the world. Research on blockchain developing has actually multiplied by 33 times since 2014 in the rising job category but generally they have registered a massive leap in the past one year.

But in Italy, there is a cul-de-sac on the lawful recognition of blockchain technology. The Italian government recently prevented all efforts attempting to recognise blockchain in the Official Gazette.

This is because the law seems not to cover the characteristics, necessities and urgency needed for issuing a decree. Italy thinks that adopting the nascent technology which is already working in other part of the world is a solid reality which would more likely give large space and massive economic opportunities, but it is not urgently needed – according to the government.

Presently, it’s clear that blockchain technology doesn’t represent a real interest on the side of the Italian government and it is suspending the process which will therefore be successfully managed sooner or later.

Thus, as per CONSOB, the moment it is discovered that the product being promoted or sold is of a financial nature, then the activities of the company will be suspended or shut down or banned. All this is done to protect consumers and investors, and this cannot let down the economy and development of Italy. Though embracing innovations would open more financial opportunities as the rest of the world is doing.

However, the Italian government has come out to help the blockchain industry and technology-related innovations with funds worth 1 billion euro, as reported by Coinidol on Fri Dec 21.