Italy has 77 Bitcoin Nodes, Ranking 21st in the World by Support of Innovations 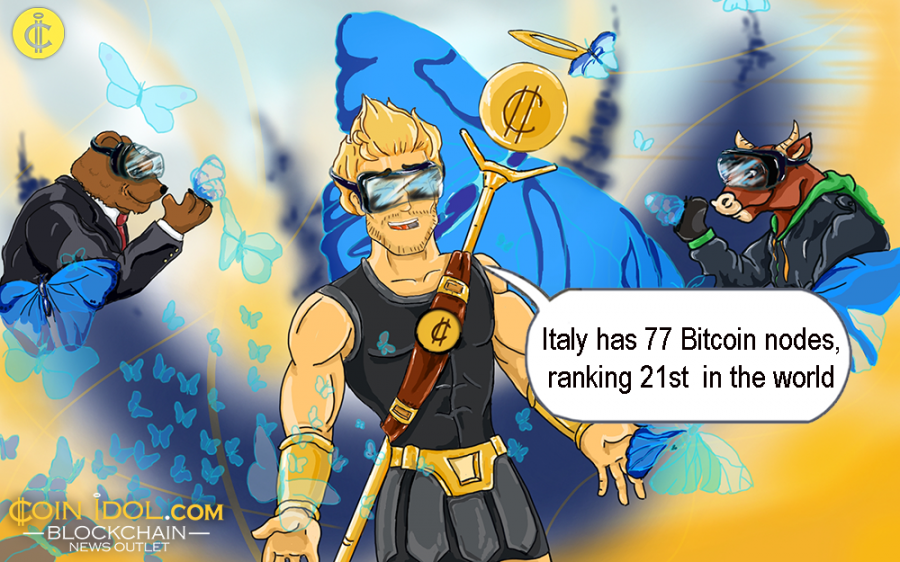 An updated ranking of nations by the largest number of nodes accessible was recently done by Bitnodes – a popular site covering nodes of the Bitcoin (BTC) network. At press time, there are more than 10,000 reachable nodes relatively spread across the entire globe. Nodes exist in two types, namely: accessible (reachable) and non-accessible (non-reachable).

Those catch up inbound and outbound links that they have, hence taking part in the maintenance of the network in an active manner and to the blockchain blocks generation of Bitcoin. Those nodes that can’t be accessible then again, can perform only outgoing connections.

This can be because of the existence of a network firewall, NAT or blocks of providers which can’t publicly reveal IP addresses, thereby disallowing other nodes to connect to them. Merely put, those are smoothly reachable and visible to all nodes accessible from their static IP address and public.

Let us have a look at where exactly they are located and in which position is Italy. 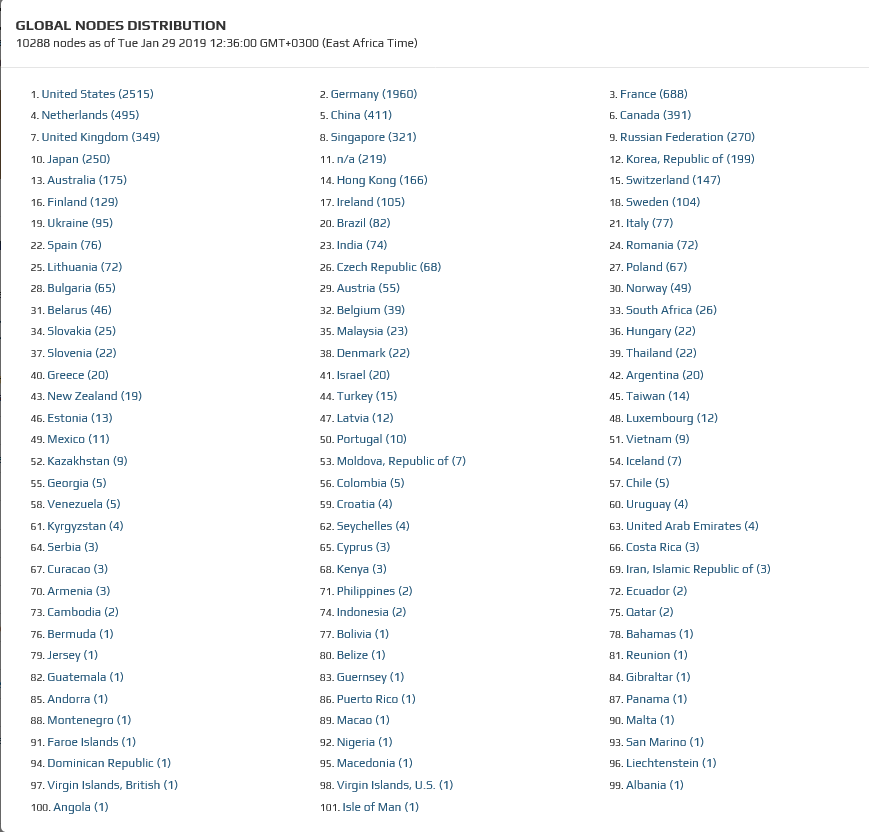 The Bitnodes ranking shows that the majority of nodes are located in the United States (US), at over 25% of all nodes. Generally, most of them are located in California, the 3rd largest state and the US technology hub.

Germany is in the second position, with more than 19% of the nodes on the BTC network. France has around 700 nodes (approx. 6.8%) and comes in the third place.

The Netherlands is in the 4th place with 495 nodes, at press time. Astonishingly, China is found in the 5th position, with around 70 active accessible nodes (approx. 0.7% of the entire nodes).

Several users opt for a VPS instead of a home node for different reasons. For instance, in Italy several people possess under-performing connections. The other reason is – the fees paid to get a static public Internet Proxy and out from any NAT. This makes it very complicated to create a node accessible at home, according to the report by Cryptominando.

Crypto and blockchain projects in Italy are bringing hopes of an economic boom and this will improve the standard of living of all Italian citizens, as Coinidol recently reported.

The country is doing well according to the ranking by Bitnodes because the government has come out to support innovative technologies including crypto and blockchain technology. For instance, a blockchain tech commission was recently launched which comprise of 30 high-level experts on the technology, as Coinidol revealed this a couple of days ago.