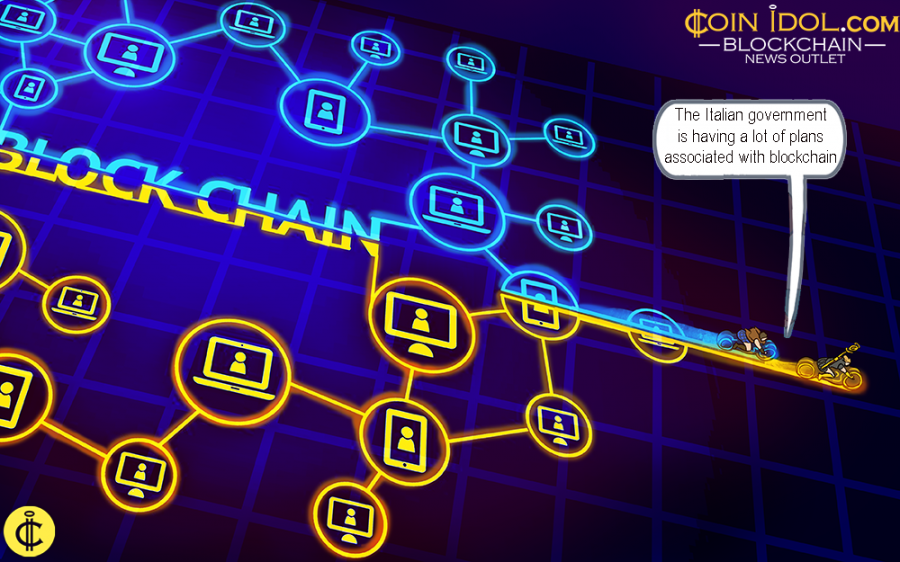 Distributed ledger technology (DLT) also known as Blockchain technology appears set to dominate in several sectors in the future within Italy and the rest of the world. The Italian government is having a lot of plans associated with blockchain, and the citizens are waiting to see what will really occur in years to come especially with public tenders, new experiments and investments.

Nationals are hoping that Blockchain technology will highly change their lives positively in the near future. On a good note, politicians have also started realizing it.

The word Blockchain first entered into the ears of a few people in Montecitorio in the year 2014 during an occasion on a certain theme which remained particularly a non-issue. But by that time, it was too early and the public were not ready for change, and since that time people ignored speaking about it. But today, blockchain has again surfaced in Montecitorio as a protagonist of Italy’s future and deserves a big space in the next financial year budget, according to the report by Startupitalia.

Recently, Chamber of Deputies, held many key meetings between entrepreneurs, DLT experts and institutions to debate on what really will occur to this nascent technology basing on the distributed records, its viable applications and the regulatory framework where it can perform best.

A member of the 5 Star Movement, Davide Zanichelli, said that:

"A theme like this cannot remain outside the political agenda of a country that wants to look to the future with ambition."

A lot has to be done to make sure that consumers are properly protected by a clearly defined regulatory framework.

Blockchain technology is said to be free, secure, transparent and traceable since its large virtual register guarantees privacy and further enables all sorts of transactions to be conducted. DLT makes it easy to exchange real digital value and this can change several sectors significantly, for instance manufacturers are able to value their products by effectively tracking food products.

"Simply, the blockchain is an existing, more efficient and economic tool than the current ones", explains Zanichelli. "An innovation from which we cannot go back, that must be adopted and regulated to be used to the best".

The Italian Government Plan for DLT

"The Government has decided to invest heavily on the blockchain as early as the next Budget Law. We want to ensure that Italy returns to be competitive and the best brains remain in our country,” explains the deputy of the Movimento 5 Stelle.

The vice secretary of the Economy, Alessio villarosa said that 45 million will be allocated for a 3-year period for the economic maneuver.

The experimentation of DLT for the certification of Made in Italy especially on supply chains i.e furniture and textiles began way back at the Mise.

Italy is collaborating with the digital group and Agid to complete the three projects. These projects are: creation of a platform for diploma certifications especially at Pan-European level, exchanges in tax registers and 2 other certifications.

More than € 200 billion of resources have been allocated to support Italian firms and other innovative development by Cassa Depositi e prestiti. The Blockchain topic will be corrected in the Italian Parliament such as to enable it enter into the legal system and hence become legally recognized in the country.

Tags
Blockchain Italy Technology Future Government
Most Popular
May 15, 2021 at 12:40
News
Low Orbit Crypto Cannon LOCC Lottery Draft Occurs Every Hour | Stake Once to Enter All Upcoming Drafts
May 15, 2021 at 11:20
News
Dogecoin Resumes Fresh Uptrend as Buyers Recoup Above $0.40 Support
May 15, 2021 at 10:24
News
Polkadot Rebounds above $36 Low, Attempts to Breach Resistance at $48
May 14, 2021 at 13:45
News
Ethereum Recovers but Struggles Below $4,000 Resistance Zone
May 14, 2021 at 12:52
News
Elon Musk Reverses Market Trend but Cryptocurrency Prices Regain After Collapse
More