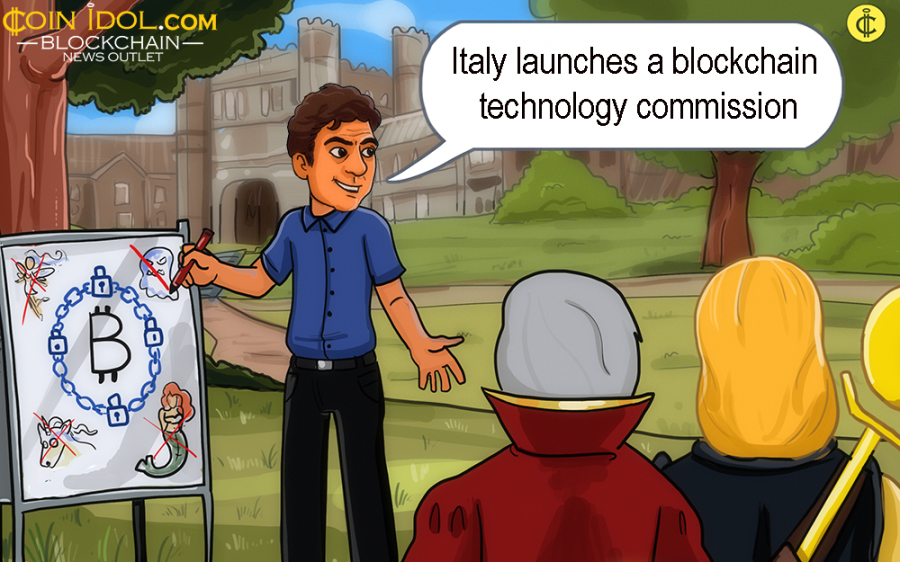 Apart from managing financial payments, financial transactions or insurance uses, the development of the Italian national strategy in DLT and AI is in the hands of these selected teams of experts, as Coinidol reported.

These experts will be responsible for developing and explaining the national strategy on artificial intelligence (AI) and blockchain, and analyzing possible application cases especially in public and private services.

The commission members were formally chosen from experts of different sectors via a public call, and the outcomes were officially announced on Thursday, December 27, 2018.

The members selected include Monaco Marco, head of the blockchain center at PrincewaterCoopers Italia; Angiolini Giorgio, head of Italtel marketing portfolio; and Pimpinella Martino Maurizio, the president of the Italian association of payment service providers.

Italy is thus demonstrating a big desire for developing and implementing blockchain technology. Not so long ago, minister Luigi di Maio signed a ‘blockchain partnership’ agreement on behalf of Italy with the European working group on distributed ledger technology, hence becoming among the 26 countries which have officially signed the agreement.

According to a Coinidol report, Italy is currently in 4th position in the world in using blockchain and cryptocurrencies such as Bitcoin, Ethereum, Ripple and others.

That assessment was based on data from Coinmap, Localbitcoins, and Coinatmradar. Japan topped the list and U.S, South Korea became the second and the third respectively.