Italian Banks Switch to Blockchain: Over 100 Institutions Apply the Technology 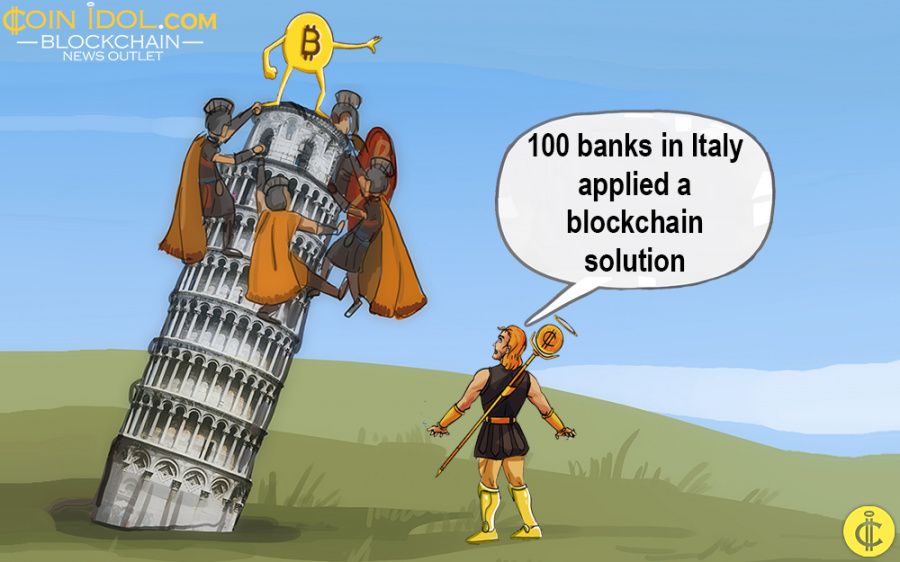 Italy is known for favouring innovative technologies such as blockchain. Now, the country is trying to implement the tech in its banking sector. The Italian Banking Association announced that 100 of the country's banks have applied the Spunta solution for the banking sector.

As CoinIdol, a world blockchain news outlet, reported, the blockchain-based project called Spunta was initially aimed at facilitating the interbank processes for the institutions to reach reconciliation and avoid unnecessary bureaucracy and red tape.

Ahead of the digitization

For now, Italy seems to be leading in terms of blockchain adoption. For now, the country has applied the technology for various industries including textile, agrifood etc. The country’s Ministry of Economic Development has even launched a blockchain-based initiative called Made in Italy, aimed at protecting the goods produced in the country from counterfeiting.

As some Italian brands are very popular worldwide, it is very important to improve the authentication of products. Owing to its traceability and security, blockchain can confirm the path of a product from the plant to a shop’s shelf. Besides, as the ledger is decentralized, the data are nearly impossible to forge.

However, blockchain technology has much more benefits to offer to numerous industries including banking. Italian banks have numerous issues related to the procedure of reconciliation of transactions between different banks. Previously, it required lots of time for all the parties to confirm the authenticity of a transaction.

Now, as financial institutions are joining the Spunta network, the process has become much simpler. Once a transaction is recorded on the blockchain, it can be easily confirmed by all transacting parties, taking much less time and effort. Probably, that is the reason for banks showing so much interest in the initiative. Currently, the network covers around 76% of the banks in Italy.

The successful experience of introducing and implementing Spunta within Italian banking opens numerous possibilities for exploring similar solutions to implement for other European countries as well as for cross-country transactions.

Tags
Banking Italy Technology Blockchain Transaction Network Production Authentication Coinidol Textile
Most Popular
Jan 26, 2023 at 14:11
Price
Binance Coin Remains Above $300, But Faces Further Decline
Jan 26, 2023 at 13:04
Price
Weekly Cryptocurrency Market Analysis: Altcoins Continue Their Uptrend As They Approach The Overbought Zone
Jan 26, 2023 at 11:35
Price
Bitcoin Climbs Above $23,812 And Sets Its Sights On The Next Resistance Level
Jan 25, 2023 at 13:17
Price
Bitcoin Cash Is On The Rise And Reaches A High Of $135
Jan 25, 2023 at 10:45
Price
Cardano Is In Uptrend But Challenges $0.37 High
More