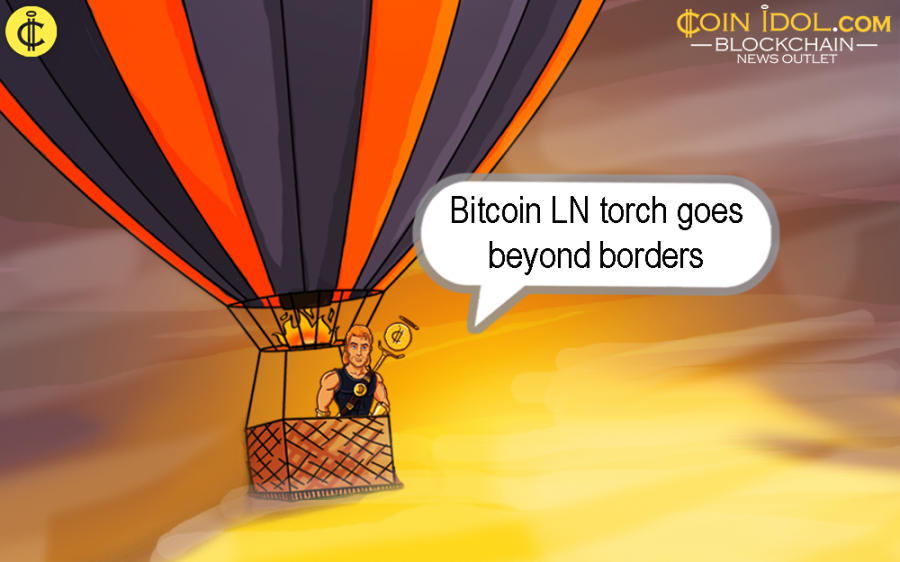 The Lightning Network (LN) torch cost has crossed borders to Israel after being posted by an Iranian in a symbolic sign of peace amongst these two countries. This historic phenomenon only shows that bitcoin is indeed a political and borderless cash experience.

The Bitcoin LN trust chain, a series of payments developed by @hodlonaut which is growing through Twitter in a related way to the Olympic torch dispatch, keeps on going beyond borders and battles for the interest of digital currency.

A #Bitcoin Full node in Iran, in the middle of nowhere pic.twitter.com/xkxM7396r2

On Monday March 4, the Bitcoin Embassy in Tel Aviv, Israel, got the trust chain from Sam Abbassi, an Iranian staying outside the country - who also got it from another Iranian called Ziya Sadr. Ziya recently gained attention after showing the geographical position on a map of his BTC node. Abassi tweeted:


The Bitcoin Embassy also quickly responded with enthusiasm and pride. The 229th receiver of the torch noted:

“We received the #LNTrustChain torch! It went from Iran to @samabbassi, an Iranian living abroad, and then to us in Tel Aviv! We’re very proud to be a part of this historic moment  Reply with your invoices and let’s get this torch on the move again!”

The Coinex executive Ziya Sadr, wanted to carry the torch from Iran, hence putting another nation to the list. Nevertheless, apprehensions about sending payments from the U.S earlier stopped the step from taking place.

We received the #LNTrustChain torch!

The torch went from Iran to @samabbassi, an Iranian living abroad, and then to us in Tel Aviv!

Reply with your invoices and let’s get this torch on the move again!

Responses have been very positive as far as this to the latest journey of the trust chain, with several celebrating the manner in which BTC has just connected the peoples of two nations whose administrations incline to act like sworn opponents.

Anthony Pompliano, Founder of Morgan Creek Digital and an advocate of BTC replied to the event noting:

The Lightning Torch was sent to @Ziya_Sadr in Iran yesterday.

This is a prime example.

The international transfer between Iran and Israel is a colossal landmark concerning both the development of LN and Bitcoin as a cryptocurrency. The episode recapped that BTC is basically free and beyond the control of a central authority.