Hackers Who Stole $100 Mln in Bitcoin Arrested in Israel 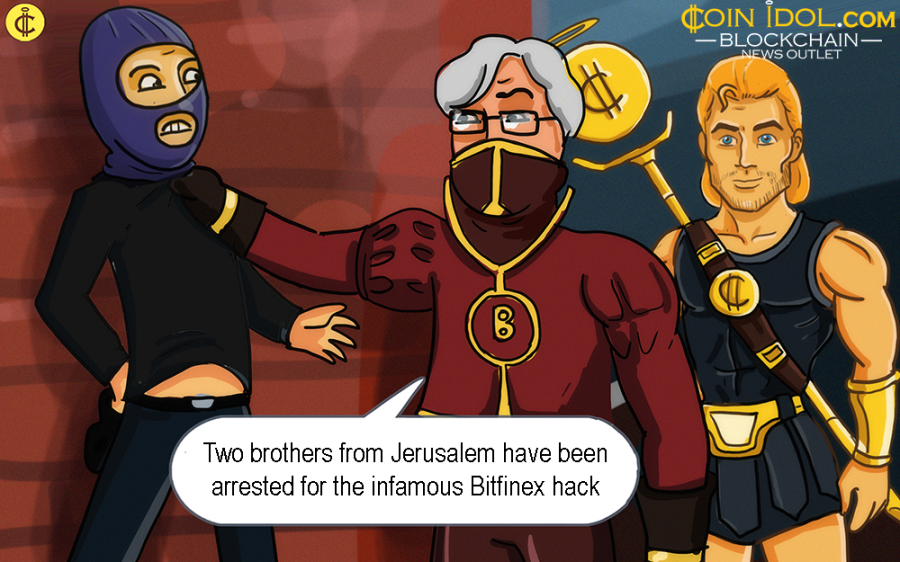 The two brothers from Jerusalem, Israeli identified as Eli Gigi (31 years of age) and Assaf Gigi (21), have been arrested on suspicion of being responsible for the infamous Bitfinex hack that cost the cryptocurrency exchange a loss of over $100 million, according to the investigators of the national cyber unit at Lahav 433, who started the investigations back in 2017.

The duo are suspected of hacking into wallets holding thousands of Bitcoins. They are alleged of stealing cryptocurrencies and is believed that the two brothers have been doing this on a large-scale for a long period of time. The hack took place in 2016 and over 119,756 Bitcoin from different wallets were stolen away. After the event, the platform reported to the authorities for further investigations. The hacked exchange decided to compensate all its users who became victims.

According to the police, the hackers used phishing scam techniques, and posted messages on platforms related to cryptocurrency asking users to insert their usernames and passwords. The two brothers used the account owners’ details to breach the security and go ahead to steal their cryptocurrencies.

Eli Gigi is a graduate from the Hebrew University of Jerusalem who was recruited in the Talpiot unit in the Israel Defense Forces (IDF) and trained in technological security leaders for the research and development of weapons systems.

The investigators said that Eli Gigi has criminal offenses that could make his serve some good years in prison, but his lawyer attorney Ilan Sofer is doing everything possible to save him. While in the Rishon Lezion Magistrate’s Court, Eli Gigi asked for forgiveness:

However, judge Guy Avnon ordered for the suspect’s detention.

During the interrogation process, Assaf Gigi decided to remain silent claiming that he was not in a good health condition and he was rushed to the hospital for medication. His lawyer Adv. Doron Eitani from Gblanga-Eitani company represented his client in his absence and his detention will be immediately after coming from the hospital – probably on June 24.

Who is Behind these Hacks?

In recent years, hacker activity seems to be increasing gradually. 2019 started with the infamous Cryptopia hack. This cryptocurrency exchange from New Zealand was hacked two times in a row in just one month and lost over $18 million to anonymous hackers.

Through lawyers like Clive Cousins from Christchurch, and others, its users asked for the immediate compensation claiming that they are not responsible for weak security of the exchange. The case led to the exchange liquidation. Liquidators from Grant Thornton were hired to bring solutions to the exchange.

The responsible persons are not found yet. Well, in case of Bitfinex it took almost three years. How long can it take this time?

Tags
Hack Israel Bitcoin Exchange Cryptocurrency Million Bitfinex Healthcare Research Platform
Most Popular
Oct 03, 2022 at 14:51
Price
Weekly Cryptocurrency Analysis: Altcoins Struggle With Downward Corrections As Cryptocurrencies Approach Lower Price Levels
Oct 03, 2022 at 12:42
Price
Bitcoin Is In A Tight Range: A Breakout Or Collapse Is Imminent
Oct 02, 2022 at 23:13
Price
Dogecoin Attempts To Recover To $0.07 As Demand And Supply Reach Equilibrium
Oct 02, 2022 at 20:02
Price
Uniswap Is Trapped In A Range But Struggling Below $7.00 High
Oct 01, 2022 at 11:17
Price
Ethereum Holds Above $1,200 As Buyer And Seller Fail To Reach Agreement
More