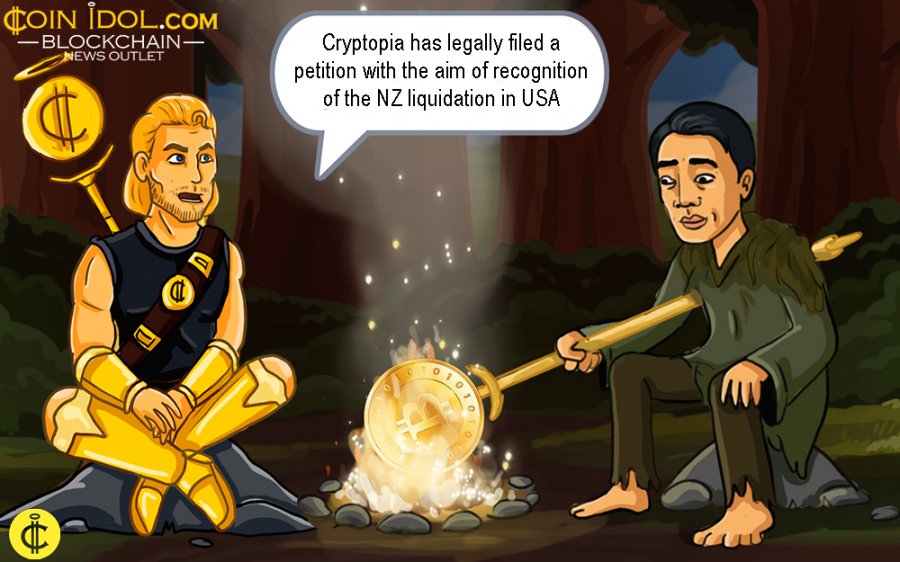 The popular New Zealand (NZ)-based cryptocurrency exchange Cryptopia was unexpectedly attacked twice by anonymous hackers in January who run away with more than $18 million worth of cryptocurrency from around 80,000 wallet addresses. From the complicated liquidation actions being conducted by Grant Thornton, an update for all account holders was announced.

The press release notes that the exchange has legally filed a petition in the SDNY Bankruptcy Court located in New York, with the aim of recognition of the NZ liquidation in USA. This has to be done so as to protect and care for the digital currency platform from liquidating all the United States accounts on the platform. Cryptopia has further requested for the “urgent interim relief” with the intention of preserve the exchange’s data stored on servers belonging to one of the giant Arizona-based business. The company wants to monitor all of their customers’ data and their account holdings.

In spite of Cryptopia’s liquidation, as we previously reported, malicious hackers had already transferred more than $250 thousand worth of Ethereum to EtherDelta, a cryptocurrency exchange accused of dealing in uncatalogued securities. The stolen Ether is now in circulation.

As Cryptopia tries to preserve the information and fund balances of their users, the exercise of recovering information and ascertaining how best to allocate funds to all affected holders, will more likely take longer – like months. All users and any concerned participant who want to be getting updates are advised to always find them on Thornton NZ and Cryptopia official websites.

It is alleged that the Arizona company is trying to axe Cryptopia’s contract, and it is asking for approx. $2 million for the NZ hacked exchange (victim of cyberattack). The Arizona-based firm revealed that liquidators will not be given any necessary information to be used for determining the cryptocurrencies their account holders had with the exchange.

However, it seems that the crypto community especially users of the hacked exchange, are still pessimistic about the liquidation proceedings, they think that all these actions are only intended to pacify and relax them.