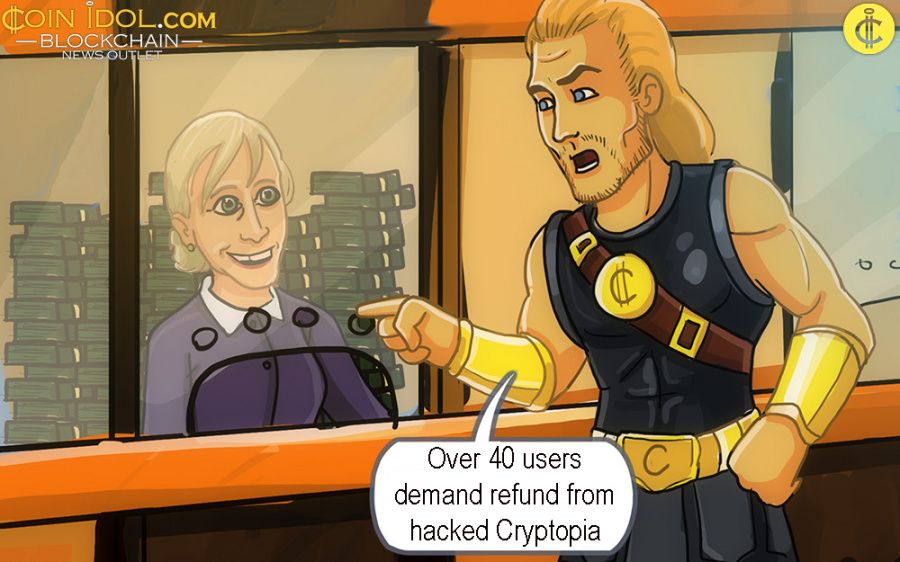 After the heavy loss from the hacked Cryptopia cryptoasset exchange, around 40 individuals have come out to reclaim their funds, according to Radionz, a New Zealand-based news outlet. Cryptopia is the first crypto exchange platform to endure hack crises in this very year. After the distinct event, police have started looking into the matter and the total amount of money that has been stolen.

Clive Cousins, a lawyer in Christchurch revealed that last year, a few investors approached him asking about the status of their money on Cryptopia:

“We were approached initially by about 3 people, including a South African lawyer, who were complaining that they were having hardships transacting using their wallets and couldn’t withdraw funds.”

He said that over 40 people again reached out to him in order to file a ‘joint lawsuit’ specifically against the hacked Cryptopia crypto exchange.

On Tuesday, January 15, police closed Cryptopia’s Colombo St headquarters and issued an initial report on its website. Police analysed the office on Tuesday but no details from the firm’s officials are available yet. Additionally, the police are engaging relevant agencies to partner within New Zealand and abroad.

After the investigation report, Cryptopia alerted its customers via Twitter that the issue is “in the hands of authorities,” and that from now on, they can’t discuss the affair.

Working with the Police, the Financial Markets Authority (FMA) also started to carry out investigations into the breach. However, a spokesperson said that Cryptopia notified FMA on January 16. FMA revealed:

“We will be engaging with the firm and the police.”

The crypto consultant, Josia Spackman, blamed the listing of not well-known cryptocurrencies on Cryptopia as the principal cause of hack. Because of that, these cryptos aren’t as popular as BTC and other significant digital assets. Josia added that:

“Unfortunately, as a result, they’ve had these other cryptos disabled. So once you buy them you essentially can’t get them off the exchange.”

This isn’t the first hack of a cryptoasset exchange, there were several cases of similar incidents such as Japan’s Coincheck hack early last year. It is very easy to hack into a computer compared to robbing gold and silver from the bank, Josia added.