Facebook's Cryptocurrency to be Presented in 2020 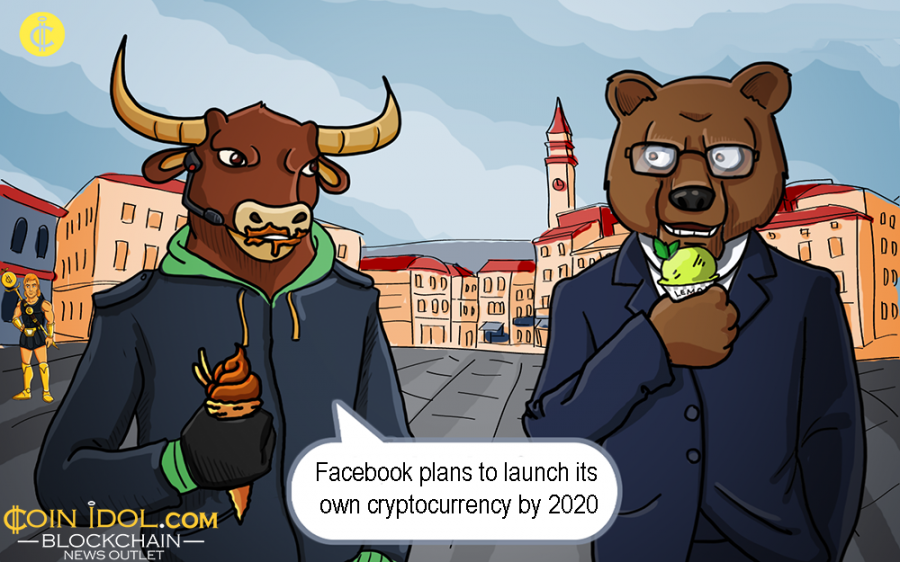 The leading social media network, Facebook, the company that owns Instagram and WhatsApp, apps which allow users to make and share content or take part in social networking, plans to put its own cryptocurrency on the market by 2020, the coin will be used to make payments beginning with over 12 different nations globally by April next year (Q1 of 2020).

Facebook seeks to experiment its digital currency is being internally called “GlobalCoin,” before 2019 ends. Very soon, the company will draw a framework plan probably this summer time, and the current governor Bank of England (BoE) known as Mark Carney has already been informed of this futuristic initiative by Mark Zuckerberg.

In fact, the two (Zuckerberg and Carney) met in April to have a discussion on some possible risks and opportunities experienced during the roll out of a new digital asset. The firm has been seeking for advice especially on functional and regulatory matters from senior bureaucrats at the US Treasury.

Facebook also wants to collaborate with money transfer giants including Western Union to develop economical and quicker methods for users who do not have bank accounts to transfer (send or receive) currency. The social media bull wants to develop a crypto which will offer affordable and more secure means of conducting financial payments, irrespective of whether the customer holds a bank account or not.

Facebook believes that it will compete favorably with banking institutions and help users to reduce costs. Facebook planned to create a big cryptocurrency network in 2018, in a project dubbed “Libra.” At the time, it was reported that the IT firm was creating a crypto that will support users to easily transfer funds on its WhatsApp messaging application.

As mentioned, the company wants to collaborate with traditional banks, online merchants and brokers to encourage and allow customers to convert fiat currencies such as dollars, pounds, shillings, ruble, shekel, etc., into its private crypto.

It has also been while since the IT giant started exploring blockchain technology. Last year in May, it formed a team of high-level researchers to explore potentials of blockchain, especially in the areas of security, privacy and transparency in financial technology (FinTech). Less than a week ago, Facebook registered a new fintech startup known as Libra Networks that deals specifically in blockchain and crypto payments in Geneva, Switzerland.