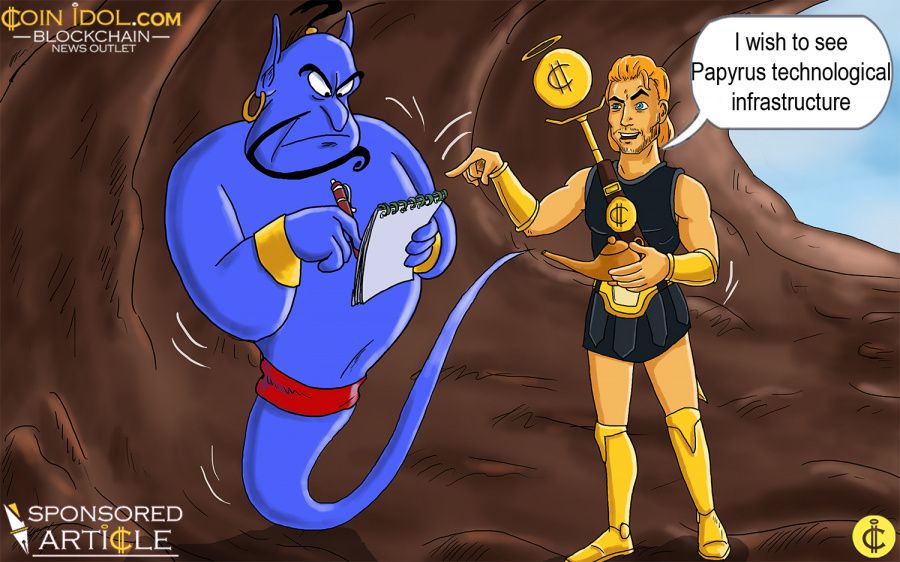 Over the past couple of years, Blockchain technology has quickly risen to mainstream prominence and it is believed that it will shake up and disrupt various industries such as Banking, Energy, Music, VR/AR, Health Care and several others. However, one of the industries that is most in need of a blockchain intervention is Digital Advertising.

Traditional Digital Advertising has established a notorious image for itself — one that is characterized by a lack of infrastructure to curb fraudulent practices that prevent over 50% of ads from ever reaching the public, and internal inefficiencies that cost publishers approximately $51 million per day.

The major issues being faced by digital advertising can be traced back to three sources — lack of transparency in the organizational structure, fraudulent activities, and a lack of privacy management. As such, blockchain technology — with its decentralization, transparency assured by smart contracts, and security — is the only real solution to the epidemic of fraudulence and inefficiencies that currently plagues the world of traditional digital advertising. Enter Papyrus - an open source, scalable, blockchain platform specifically designed to fight all of the issues plaguing the digital advertising marketplace - fraudulent traffic, brand safety, excessive middleman cuts, and an absence of supply chain transparency. It has a number of unique features that make it a feasible solution for practical adoption: low transaction costs, privacy management, and execution of smart contracts based on large data volumes.

On top of its blockchain platform, Papyrus provides decentralized monitoring and money flow management tools to digital advertisers and publishers, which help them to get visibility on third parties and ad agencies, fight fraud, control money streams and optimize supply chain efficiency. These tools cannot be manipulated by any parties: data for monitoring is stored immutably and money flow management rules are automatically enforced by smart contracts. For example, an advertiser can enforce automatic rules that say “fraudulent traffic won’t be paid for, and brand safety violations will imply penalties for abusers”. Verifiers connected to the system provide data to verify these rules while the blockchain guarantees their enforcement.

By providing these tools, Papyrus creates transparency, trust and efficiency within the digital advertising supply chain. Papyrus is a neutral solution that doesn’t compete with ad platforms or service providers, in fact it brings benefits to them, unless they are making money in gray areas. Papyrus connects advertisers, publishers, agencies, advertising platforms and verifiers within the Papyrus blockchain network to create trust, fairness and efficiency within the digital advertising market. Using the Papyrus solution, advertisers can always check how much of their money each publisher received, what performance of ad campaigns was registered by ad trackers, and what fees were given to service providers such as ad agencies, demand-side platforms, supply-side platforms. Also, advertisers can enforce their own anti-fraud and brand safety policies. As a result, advertisers have a clear view of all transactions and pay only for provided services.

This unique technical solution and architecture, implementing smart contracts and two blockchains (Ethereum and Papyrus), is capable of processing billions of advertising events as raw data.

The following sections will offer an overview of the technological framework that supports Papyrus’ digital advertising ecosystem.

Papyrus has recently launched its Minimum Viable Product (MVP)  - a pilot decentralized advertising ecosystem that comprises 3 primary parts — Papyrus Advertiser Account and Demand-Side Platform (DSP) backend, Papyrus Publisher Account and Supply-Side Platform (SSP) backend, and Papyrus Viewability Verifier. The platform consists of an advertising network using blockchain architecture to enable the transparent purchase of advertising inventory. All calculations between advertisers and publishers are controlled by smart contracts with automatic restrictions placed on payments, depending on the quality of results as verified by independent verification service suppliers.

The Papyrus Advertiser Account allows advertisers or agencies to create an ad campaign and verify its efficiency. Each ad campaign is supplemented with a smart contract, incorporating intermediaries and commercial conditions for service provision, including budget, parameters, settings, and the payment rules, as determined by the auditors. The interface also bears a system in place that can analyze which suppliers provide inefficient or substandard services, to further optimize the efficacy of the ad campaigns.

The Papyrus Publisher Account is meant for the publishers to gauge their websites and ad slots, and to insert ad units. Publishers can use the interface to analyze commissions, streams, and violations, thus allowing them to make optimal adjustments after performance analysis. The publisher can also access a detailed analysis of raw input data from all participants per block of the Papyrus Channel Layer.

The Papyrus Viewability Verifier allows auditors to detect violations, fraudulence, poor user viewability, breaches of brand safety, and noncompliance with publishers’ policies regarding advertised content. This is the component directly concerned with ensuring the smooth functioning of the ecosystem and the prevention of fraudulent practices. Auditors are chosen by both the advertisers and the publishers, and as such they must establish a strong reputation for themselves, incentivizing them to provide high-quality services.

As such, the MVP is a strong demonstration of Papyrus’ user interface and how it intends to balance the interests of all the parties — publishers, advertisers, traffic vendors, and developers — involved in the advertising value chain.

Meanwhile, the erstwhile presented technology overview highlights how features such as State Channels, Secure Decentralized Data Storage, and Blockchain Identity and Reputation Management Systems will ensure that Papyrus can function as a versatile and robust tool, capable of handling a high ad transaction load. These features, and the MVP interface, demonstrate how Papyrus is positioning itself as the future of Digital Advertising.