Dutch Central Bank Against Cryptos, but Keen on Blockchain Tech 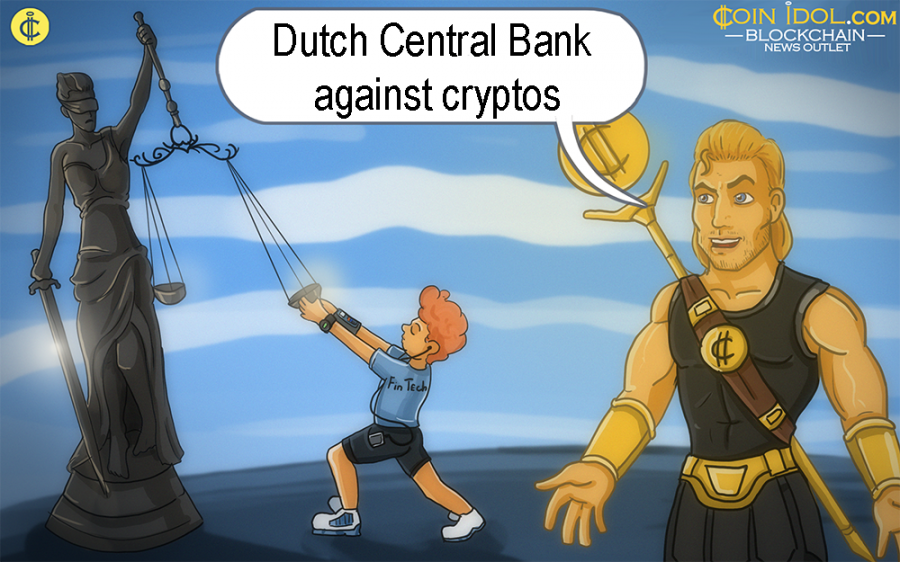 The central bank of Netherlands, De Nederlandsche Bank (DNB), has asserted its opinion against Cryptos such as Bitcoin, Ethereum, gainsaying to acknowledge cryptocurrency as a genuine form of currency.

Petra Hielkema, the Divisional Director at DNB revealed that:

“If something wants to be treated as money, you have to be able to spend, save and calculate with it. However, things are not often bought with cryptocurrencies, it is too volatile for savings and its value is expressed in real money, so we do not consider it to be money as such.”

Since DNB know that crypto is not a viable asset for trading, saving or for doing correct calculations, it can't be deemed as a real currency. Fortunately, though, this isn't as vicious as it sounds. Ordinarily when the Central bank issues out these sentiments, they focus on outright forbidding type regulations (similar to what is now happening in the crypto industry of India).

Fortunately, though, authorities in the Netherlands hope that the approach to crypto regulation across the whole nation should be a complete and complemented regulation throughout the European continent. Additionally, DNB is still enthusiastic on blockchain and acknowledges possessing a variety of ongoing blockchain projects.

Hielkema has alluded to experiments while talking about blockchain technologies:

“We have been experimenting with the technology for the past three years and have developed four prototypes. The experiments have shown that the systems cannot yet be incorporated into the Dutch payment system but there are possibilities for in the future, with more innovation.”

We are cognizant that within the prevalent population of the Netherlands, Cryptos are very common among the general public, as a matter of fact, cryptocurrency firms turn to the Netherlands for the running of conferences and events. The Netherlands is at an advantage in several ways, and it appears as if blockchain technology will kick it into their future.

On a sad note, we can say that crypto adoption by DNB officially registered financial institutions such as banks may be offshore, currently at least.

Tags
Central Bank Cryptocurrency Banking Blockchain Technology Netherlands Bitcoin Ethereum
Most Popular
May 01, 2021 at 12:54
News
Russia is Going to Establish a Special Department for Exploring Artificial Intelligence
May 01, 2021 at 11:58
News
Dogecoin Price Pushes To The Upside; Can Bulls Breach The $0.45 Resistance Zone?
May 01, 2021 at 10:10
News
VersoView: Building Brands and Communities with Unique Blockchain Publish, Engage and Reward AI Solution
May 01, 2021 at 09:16
News
Polkadot Resumes Fresh Uptrend, Targets Resistance at $48
Apr 30, 2021 at 14:28
News
Ethereum Faces Rejection At $2,800, Consolidates Above $2,700 Support
More