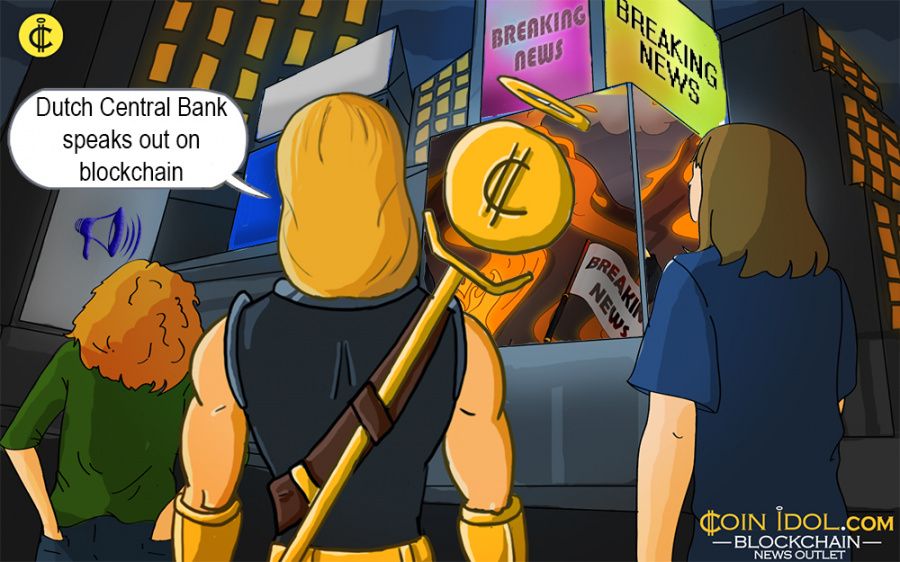 The Central bank of Netherlands said on Thursday that Blockchain Technology isn't a behooveful addition to the payment system in the country.

According to the blog post that was published on 7th June, De Nederlandsche Bank (DNB) noticed that the distributed ledger technology (DLT) is not fit for its functional financial payment infrastructure because of its incompetence to scale for mega volumes of transactions and other important factors.

After a thorough study of results from the project called Dukaton, DNB decided to give its opinion basing on that ground. The project successfully conducted various experiments that tested four DLT prototypes for the last three years.

Dukaton was started to carry out research in order to determine the value quantity the Nascent technology can add to the country's existing payment system. Different algorithms and validation mechanisms were used in different stages by the project team basing on the prototype on the source code of the blockchain.

After the tests being carried out, DNB avowed that blockchain technology can multiply the resilience of financial infrastructure against external attacks but this benefit comes at the expense of scalability, efficiency and capacity.

"The current payment systems are very efficient,  can handle large volumes and provide the legal certainty of payment. The blockchain solutions tested show that they are not sufficient,  with regard to costs and energy consumption, and they can't handle large numbers of transactions."

The Central Bank doesn't reject the possibility that, as the blockchain industry goes forward, an advanced designed algorithm would be capable to meet all the needed technological thresholds by the Dutch financial system.

The DNB will go an extra mile to invest in application development and conducting experiments with blockchain technology to boost the country's economy.

Recently, the Central Bank of South Africa also announced that it successfully finished its trial of a blockchain-based system for interbank clearance and settlement where 70,000 daily payment transactions per two hours were typically made.