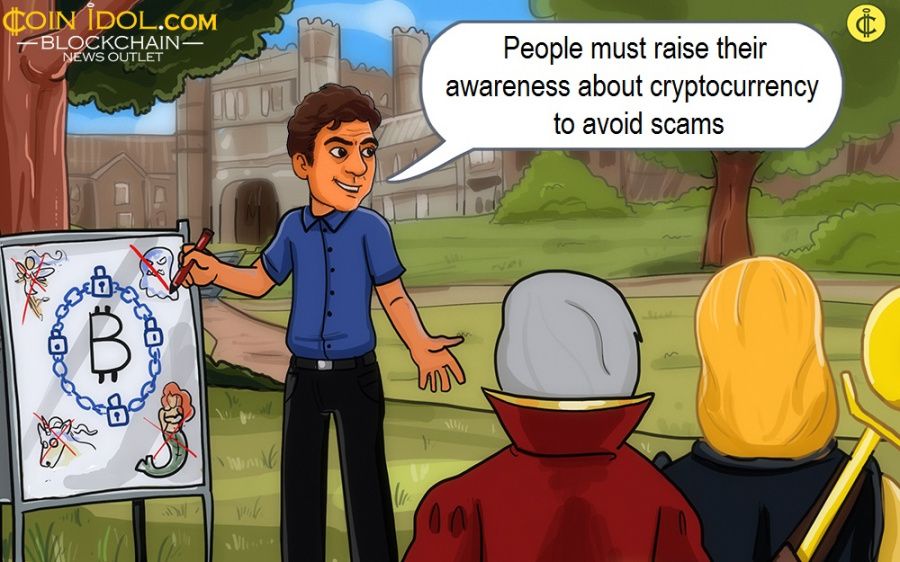 The outbreak of COVID-19 pandemic triggered the growth of various kinds of fraudulent activity, including that involving cryptocurrency. Despite such activity harming people from all over the world, the citizens of developing countries seem to be more vulnerable.

This is partially caused by the lack of banking services and financial inclusion, forcing the citizens of such countries to seek alternative ways of making transactions. For this reason, cryptocurrencies are gaining much traction as they provide the unbanked people with a chance to access the international financial system.

On the other hand, those people often lack awareness about how digital currencies work, even despite possessing some coins. Therefore, they become easy victims for fraudsters of various kinds.

In December last year, many Ugandans in Masaka district lost over 10 billion UGX (about. $2,715,100) in a cryptoasset scam, according to CoinIdol, a world blockchain news outlet. A company called Dunamiscoins Resources Ltd promised the nationals highly-paying jobs and a 40% returns in Bitcoin on their cash investments. However, it all ended up with the citizens losing their savings.

There is also a growing number of scams and attacks in India. As per the report by Microsoft, Indian firms and individuals are 5 times more vulnerable to cryptojacking malware than any other country from Asia and has the second-largest number of cryptojacking attacks in the continent – it comes next to Sri Lanka.

Mexico has also seen a very big rise in cryptojacking attacks in Q1 of 2020. Several firms are unaware of how best they can secure and protect their cloud networks and attackers have managed to capitalize on this weakness. Almost 75% of all organizations and companies in Mexico use cloud networks, and this makes it very easy for hackers to install and use ransomware and launch deadly cryptojacking attacks.

The Philippines also face an increase in cryptocurrency scam activity. The fraudsters in the country have been taking advantage of local celebrities by launching fake endorsements to scam investors. A Finance Secretary Carlos G. Dominguez III has even applied to the country’s Department of Justice when seeking protection.

The unbanked population is more exposed to thieves

Developing countries have a high number of people possessing BTC and other forms of cryptocurrencies due to the lack of banking services. As they are unbanked or underbanked, they might be less vulnerable to other kinds of scams involving traditional banking.

More than 42 million BTC wallets had been set up internationally by December last year. BTC trading volumes from peer-to-peer (P2P) exchange LocalBitcoins show that cryptocurrency adoption is on a high rise in developing countries such as Venezuela, Brazil, and Colombia.

BTC is more popular than stocks

Many millennials in Africa are also jumping onto the BTC bandwagon intending to generate side income in a smarter way since the unemployment rate is very alarming. For example, the number of new cryptocurrency users trading BTC via eToro increased by 671% from January to November 2019, and over the same period back in 2016, over the 574% entire growth.

Also, as per Google Trends data, developing nations from Africa which include South Africa, Ghana, and Nigeria, are among the top five nations searching for the keyword bitcoin on the internet. People from these developing nations now believe that BTC is more popular than stocks.

There are over 25 million cryptocurrency users globally and most of these users come from countries with an unbanked or underbanked populace. In India alone, exchanges have recorded a 10x boom in the trading volumes and a substantial surge in new cryptocurrency users.

On one hand, this is very good for the industry as the inflow of new users ensures its constant growth and flourishing. On the other hand, people trying to take advantage of cryptocurrency without proper awareness might become easy victims for scammers. Tight economic situations and poverty can make people less cautious when seeking to earn some money. However, with proper knowledge and understanding, they would be able to protect their savings against fraudsters.