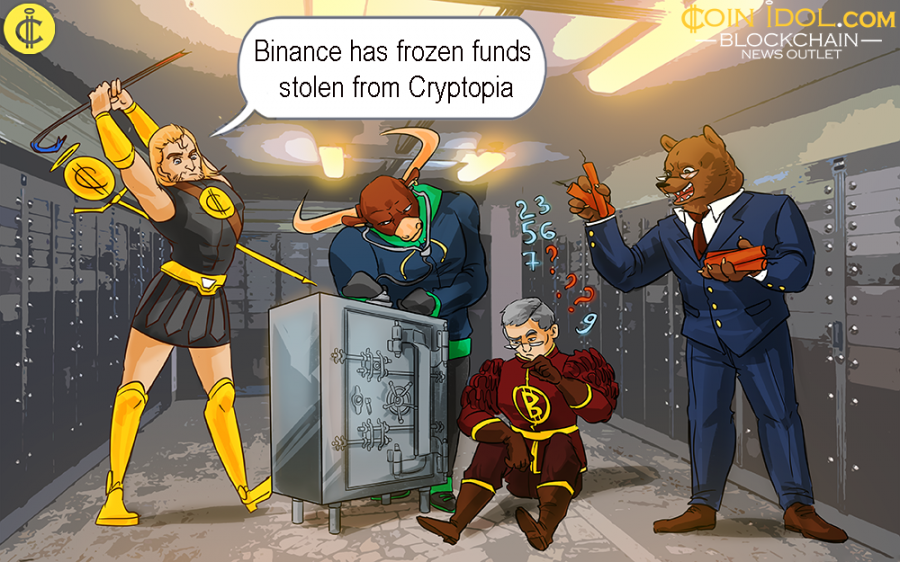 Binance, the biggest cryptocurrency exchange in the world in terms of trading volume, has frozen funds which were maliciously stolen from the hacked Cryptopia digital currency exchange earlier last week.

As reported by Coinidol, more than 40 users are demanding a refund from Cryptopia. The police and other relevant authorities are still investigating into this matter. This has caused hacked Cryptopia to cry for help.

The CEO of Binance, Zhao Changpeng, proclaimed the news on Wednesday via Twitter.

Changpeng wants to know why malevolent attackers keep on transferring stolen money to the Binance crypto exchange platform, given that word quickly spreads and the exchange does not regret suspending the flow of stolen money.

Cryptopia, New Zealand-based, revealed in a tweet that the hack happened on January 14. The exchange noted that the hack led it to suffer huge losses.

It is still not clear who the people behind this hack are which led to the redistribution of the stolen funds via Binance and several other significant exchanges. Some experts have claimed that Cryptopia may have transferred the funds for security reasons. 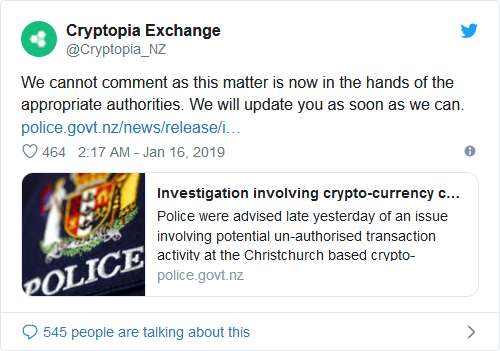 Changpeng Makes His Own Fiasco

The day after Cryptopia exchange proclaimed the hack, Changpeng released a message via Twitter that got a relatively large backlash. According to the tweet, Zhao seemed to advise cryptocurrency holders to keep their holdings on exchanges in place of on personal storage devices such as USB drives, hardware wallets and others.

Some crypto users considered Changpeng’s tweet to mean that the risk of self-storage is larger than the risk of storing cryptoasset on vanguard exchanges such as Binance, Localbitcoins and others. Nevertheless, Changpeng later revealed he wasn’t essentially advising investors to keep funds on exchanges.

Over $731 million was lost to cryptoasset exchange hacks in just the first six months of last year. Most of that loss, around $500 million, was from the Coincheck hack early last year and the $40 million Coinrail hack in South Korea.

However, breaches are a grievous risk especially to the long-term stability & adoption of digital currency. Unending breaches with canonical hacking tools and ways could fret trust and self-assurance from crypto investors in the public market.

Also, the previous 51 percent attack on Ethereum Classic (ETC) led to increasing awareness among the public about the distributed ledger technology platform’s security.