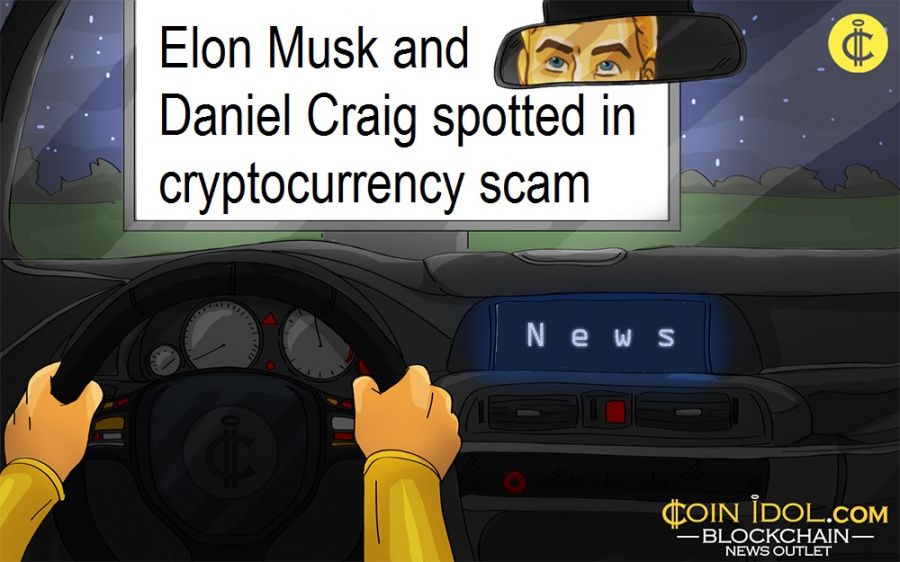 Recently, it was discovered that a digital currency scam called the "Bitcoin Era" goes on to attract many targets with new techniques, including the use of the names of Tesla founder Elon Musk and Hollywood star Daniel Craig, according to Business Insider.

The scam was promoted through a new advert on YouTube, and this fiddle that impersonated a celebrity is on a high rise. They are promising abnormal returns in a shortest time.

This is a way of exposing a specific Bitcoin Era investment advertisement through the fake news of Daniel Craig, who is appearing in the 007 latest movie 'No Time to Die', which is scheduled to be released this fall.

The faces of Elon Musk, Tesla CEO, Richard Branson Virgin Group, and former Microsoft Chairman Bill Gates also appear briefly, giving the illusion that they are on the list of investors. The illusion that an investment using a programmed trading robot can make millions in a short period of time within 120 days.

As of the controversial date, the ad was removed from YouTube. However, the advertisements are repeatedly exposed through the cryptocurrency community and different popular social media.

Although YouTube may have deleted this specific ad, it has been noticed that this scam in question is heavily promoted via the internet.

In January 2020, a certain website which serves as a cryptographic news outlet released a publication dubbed "Bitcoin Era Review: Scam or Legit Robot?" The outcomes exposed! Perceptibly, and it acclaimed the "commercial robot" which assures to bring a fresh commercial era.

This is not the first scam in the cryptocurrency industry. A good number of people have been left crying after falling victims of the fraudulent activities. A few months ago coinidol.com, a world blockchain news outlet, reported that police in Genoa, Italy, opened up an investigation on the hokey-pokey that left over 30,000 euros missing after investors were sold fake cryptocurrency. At one time in September 2018, Musk himself called for a helping hand from anyone able to fight the headache-giving scam bots which used to surface on social media claiming to be coming from the developer of Dogecoin.