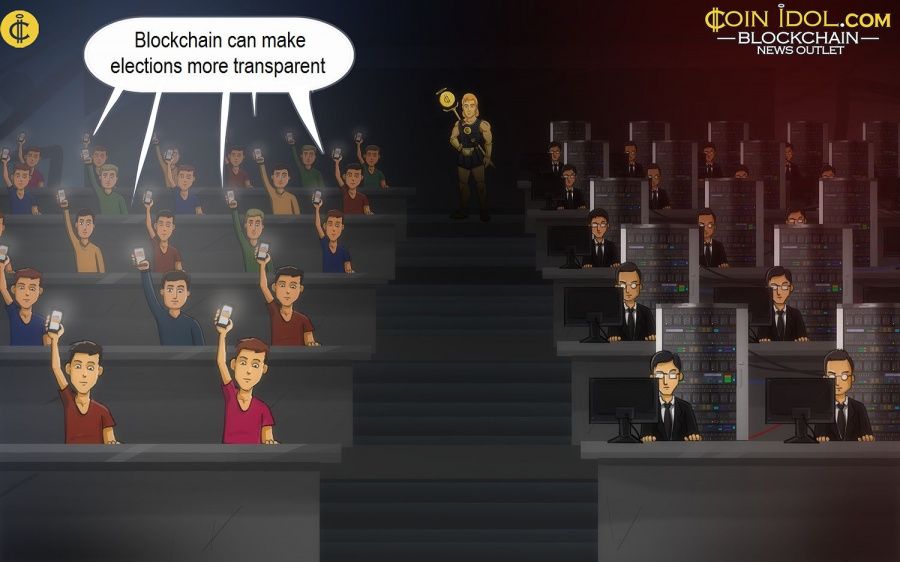 Since the American people went to the polls on November 3, 2020, the incumbent President Donald J. Trump has “never conceded” defeat, citing rigging. How much easier would it have been for the US if a blockchain voting system was used?

The recently concluded US presidential election was some of the most-watched around the world, with populists in Europe mostly cheering up incumbent Donald Trump for yet a fresh term, while pro-globalist movements rallied around the former Vice President, Joe Biden to steer up the world’s most powerful nation until 2021.

“He only won in the eyes of the FAKE NEWS MEDIA. I concede NOTHING! We have a long way to go. This was a RIGGED ELECTION!”

President Donald Trump tweets on November 15, 2020, 12 days after the election was held.

Although President Trump has still not conceded defeat in the highly contested presidential election that put him 74 points behind his opponent, Joe Biden, the American constitution clearly spells out that the new President should be ready to take office on January 20, 2021, as the 46th President of the United States. Joe Biden has gone an extra mile to appoint Kamala Harris as his Vice President. Harris, who is the first Indian-American Senator, would also become the first female Vice President in the history of the United States.

According to a recent poll by Reuters News Agency, almost half of the Republics say Trump’s victory in the latest election was stolen by the Democratic candidate Joe Biden due to fraud and other irregularities. For instance, in Trump's latest tweet, he says the Governor of Georgia state refused to let his party see signatures which he believes would expose many illegal votes. Overall, the Republicans have complained about transparency in the vote-counting process. The anthem, “Stop the Steal” has become very popular in Republican communities of late.

Consequently, President Donald Trump and the Republican party have filed dozens of claims in court to challenge the victory of Joe Biden. While states are finalizing the certification their election tallies, it now appears that Joe is the winner of the presidential election. It is unclear whether or not Trump will eventually accept defeat.

Blockchain would have saved the situation

There are presently no absolute democracies in the world. Whether it is in the first world or third world, free and fair elections are rare to find. Failure of the loser to concede defeat raises concerns to citizens. Most people would begin thinking about the likelihood of political unrest. Blockchain, through its distributed ledger technology (DLT), should be the next voting alternative. The technology records and keeps information in designated ledgers that no one could break into. Once votes were recorded in the blockchain network, it would be impossible for just anyone to tamper with it. President Donald Trump and the whole of the Republican Party would have saved millions of dollars that have recently gone into lawsuits in a bid to challenge the election results.

This new technology is already taking shape in various countries including Italy and Russia. CoinIdol, a world blockchain news outlet, has previously found out that South Korea is working on its blockchain-powered voting system which should be up and running in 2020.

But blockchain also comes with its pros and cons

While the new innovation has been praised for its ability to keep information safe and anonymous, part of the reason the DLT concept is gaining ground at a slow pace is because of the vulnerabilities it manifested in previous voting systems. For instance, in Russia, the technology which was to be deployed for the constitutional amendment voting exercise in June was blamed for allowing decryption of electronic votes already cast and stored on the e-voting server.

Blockchain applicability today goes beyond the cryptocurrency space. Even better use cases are now seen in the political spectrum. However, more research is needed to leverage the opportunities blockchain technology offers to the political sector. Important elections such as the US presidential election should feature transparent processes to avoid post-election violence, polarization and other necessary expenses. But the use of DLT might also present some weaknesses depending on how it is crafted. Developers of blockchain voting technology need to explore all the possible susceptibilities and design appropriate countermeasures.