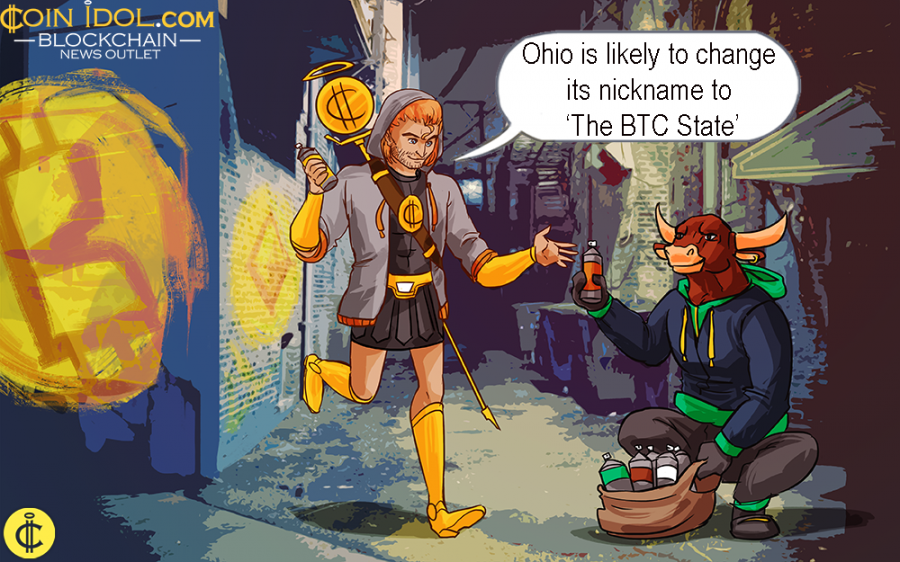 Ohio, a state of the US, gave the world John Glenn, the Rock & Roll Hall of Fame and the Wright Brothers and, it is also planning to stake its claims as the “Silicon Valley of Cryptocurrency,” as soon as possible. Ohio – which is also well known by its official nickname “The Buckeye State” is optimistic that crypto and blockchain technology will more significantly reinforce the economy to better standards. Recently, these bulls allied in the fields of investments, innovation, public policy and education. Innovation has played a big part to obscure the bear market of digital currencies especially Bitcoin (BTC). Ohio is more likely to change its official nickname (motto) to ‘The BTC State.’

In 2018, Ohio has been very friendly to technology innovation – especially crypto & blockchain, which put it on the world map. It wants to be like what the Silicon Valley did to California – it has a GDP of around $748 billion. Technological transformation comes with some impacts on the economy which can’t be neglected and misheed.

Cleveland a Fertile Place for Blockchain

The Buckeye state was the first U.S State to allow all commercial enterprises and other financial institutions, which carry out their activities within the state to freely pay crypto, specifically BTC, for taxes imposed by the state. Some of these taxes include public utility tax, sales tax, pass-through entity tax and sales tax, according to reports. It’s not a MUST that firms have to be located in Ohio, but rather operating within the state.

This great news came from Ohio treasurer Josh Mandel, who has been working since 2011, as coinidol recently reported.

If all goes well, this move will empower more businesspeople, investors, and financial institutions to fully exploit their talents and hence aid economic growth. This effort will also facilitate the growth of technology such as information technology, and augmented & virtual reality.

Since this is not a battle to be fought alone, Ohio needs more support from different sectors, such as education, that will help to offer blockchain technology innovation knowledge to people – in this case, therefore, Western Reserve University is in a position to help. Per Cleveland.com, the university is evolving into a “Cleveland Blockchain & Digital Futures Hub.”

Bernie Moreno, a Mercedes dealer  was quoted in NPR saying:

However, Jumpstart, a venture development entity that is based in Cleveland, has paid careful attention to this suggestion, and is now heading a $300 million investment blitz focused on distributed ledger technology (DLT) startups within the next 36 months.