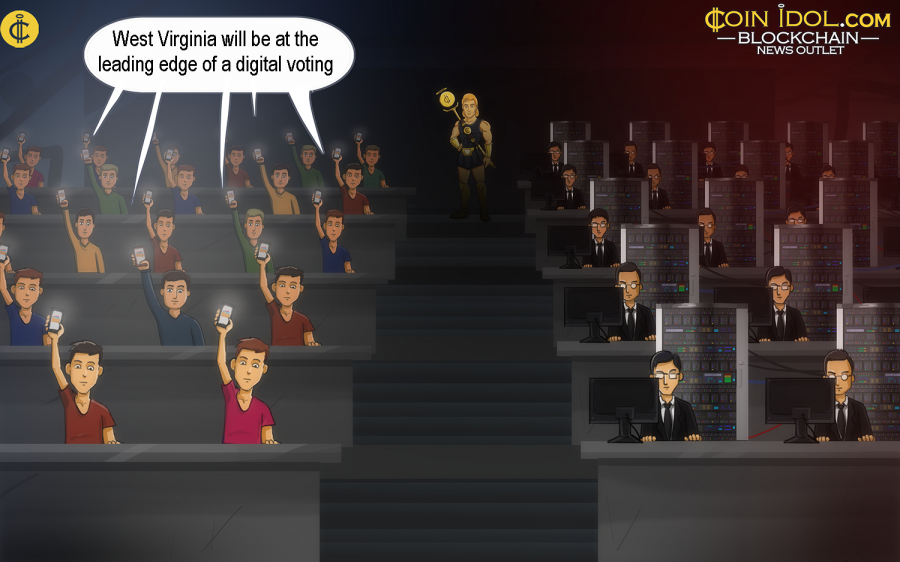 Since the earliest inception of Crypto and Blockchain technology, one of the principal uses for the technology outside of monetary related transactions has been as a method for safe, digital voting.

While the Internet, in its present iteration, has been here for almost twenty years, nations across the world have failed to design a way to put into practice a digital voting system, one that provides a similar degree of protection and continuity that has been provided via the tried-and-true polling station exercise. No particular place has the need for digital voting been more obvious than in the U.S, as voting levels for nationals continue to stagnate, in certain younger generations that are very well skilled at finding solutions generally through the Internet and efficient technology.

Currently, the citizens of West Virginia will be at the leading edge of a new digital voting system, one that merges the immutable safety of Blockchain technology with the amenity of a smartphone App.

On Tuesday this week, Slate reported that the State has started the exercise of applying a Blockchain-based mobile application voting system, particularly for absentee ballots to be generated for the upcoming elections scheduled for November 2018, representing a distinguished time of acceptance for Blockchain technology and a greater appreciation for digital currency.

West Virginia citizens staying abroad have an alternative to using the application known as Voatz, for voting done as of September 21. While the principal target of the platform has been people of the military living outside of the U.S, the application enables voters registered in 24 nations to easily Cast their ballots through the digital process.

Warner didn't mint the application to substitute traditional ballots, according to CNN:

“Warner told CNN he is not calling for the replacement of traditional balloting and said troops can cast paper ballots if they like. But Voatz co-founder and CEO Nimit S. Sawhney sees the state as a springboard to broader use of the technology.”

Nevertheless, not everyone is an advocate of the novel form of voting, regardless of the revolution it provides in offering greater accessibility and effectively securer results. Joseph Lorenzo Hall, chief technologist at the Center for Democracy and Technology said that the advent of mobile voting is a "horrific idea," he stated in the same interview with CNN that:

“It’s internet voting on people’s horribly secured devices, over our horrible networks, to servers that are very difficult to secure without a physical paper record of the vote.”

Commenting on the September 21 voting through the mobile Blockchain technology App, Tusk Montgomery Philanthropies' Bradley Tusk highly claimed that remote digital voting possesses the capability to strengthen voter turnout, with the final product being, "democracy would work a lot better."

Tags
Voting Mobile App Virginia Technology Blockchain Cryptocurrency Transaction Internet
Most Popular
May 13, 2021 at 15:37
News
Binance Coin Drops to Previous Range-Bound Zone, Unable to Sustain Above $700 High
May 13, 2021 at 14:57
News
Bitcoin Plunges below $50K Support Level as Bears Threaten to Short to $44K Low
May 13, 2021 at 14:03
News
The e-Commerce market is Vulnerable to Fraud and Merchants Are Unprepared to Prevent it
May 13, 2021 at 11:05
News
Giant Telecom Companies Turn to Blockchain to Speed up Technological Progress
May 12, 2021 at 15:03
News
Cardano Consolidates Below Recent High as Bulls Attempt to Breach $1.80 Resistance
More