Italy to Become a European Blockchain Leader After Brexit 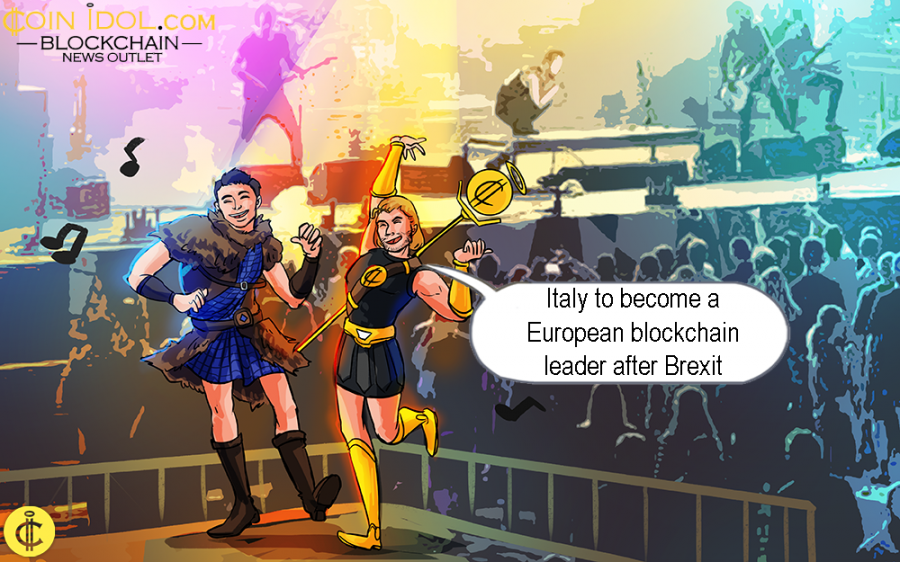 The government of Italy has been focusing on innovative initiatives such as blockchain technology, artificial intelligence (AI), industry 4.0, smart contract, the internet of things (IoT) and others. Italy now wants to become the leading European country in technology after the Brexit. Albeit, anything positive effort must be put in the system if digital technology is to become a mainspring for the real economy and poise public finances.

The government through the National Innovative Fund ( NIF), allocated around €15 million for the next three years to assist in developing AI, blockchain and IoT technologies and their variety applications in order “to pursue economic and industrial policy objectives, also connected to the program Industry 4.0 as well as to increase the competitiveness and productivity of the economic system.”

The NIF is about €1 billion, and is meant to support Cassa Depositi e Prestiti operate in Italy, with venture capital instruments – such as new materials, bioeconomy, design, space, mobility, wellness and health, fintech, agritech and foodtech, made in Italy, etc. But for the fund to become operational, Invitalia and SGR of Cassa Depositi e Prestiti has to be concluded first, and then authorized by the Bank of Italy to function financially.

The Potential of Blockchain

Italy is the first nation in Europe to regulate the use of distributed electronic registers, as well as offering legal value to smart contracts. Smart contract is equivalent to the traditional (written) contracts.

The team of experts selected by the Ministry of Economic Development ( MISE), to develop a national strategy on technology, has big task to make the nascent technology transform. All the questions about its potential on the traceability of economic transactions, protecting the Made in Italy products, combating counterfeiting, safeguarding final consumers, all have to be answered. As a matter of fact, blockchain has the ability to completely decentralize all the systems, for this purpose it is considered by many as the application of the principle of horizontal subsidiarity preserved in the Constitution.

Barriers to Blockchain Adoption in Italy

Today, the major barriers hindering adoption include a lack of skills, a shortage of basic resources, and the difficulty in measuring the expected benefits.

According to the survey conducted on 61 giant Italian companies by Blockchain and Distributed Ledger Observatory of the School of Management of the Politecnico di Milano, 31% of the sample does not know what the tools are, 43% have adequate knowledge and just 26% understand the technology well. Prospects on the impact of the DLT are still squat: only 1 firm out of 3 (32%) thinks it will be a revolution, 61% will simply advance some processes and 7% will cause less or no influence.

The pilot project aiming at protecting the Made in Italy especially in the textile-clothing supply chain, is on the right track and has registered steady progress. According to the MISE:

“The Pilot Project, entrusted to IBM, foresees a feasibility study that will constitute a basic model for the reference sectors of the Made in Italy, in order to fully grasp the advantages of the Blockchain technology in terms of product traceability along the supply chain, certification to the consumer of their origin, contrast to counterfeiting, guarantee of the social and environmental sustainability of Made in Italy productions.”

The blockchain technology is also being used in several cases including the tourism, logistic and transport, sports, insurance, energy, agrifood, banking industry, in the country.