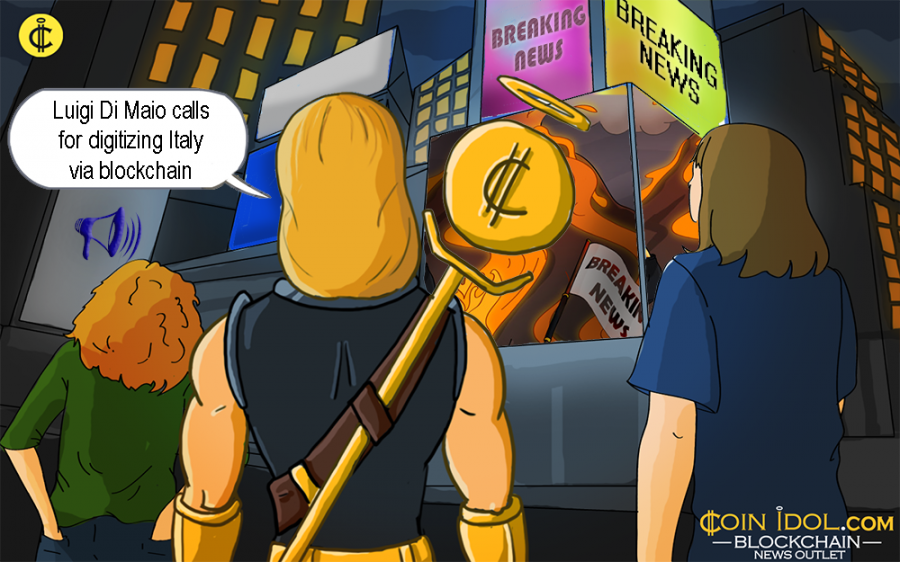 The government of Italy is taking blockchain technology and cryptocurrency to the next level. Recently, the Minister for Economic Development and Deputy Prime Minister Di Maio visited Washington U.S on economic deals, especially on the national 1 billion innovation fund.

In reference to the innovation fund established by the Italian government, Di Maio revealed:

"It is open to individuals and will be fundamental to the country's digital transformation and to finance innovative startups."

While speaking at the “BigTech: the way forward” conference in Washington, at the Italian embassy headquarters, the minister said that the development of the Italian economy will see a great boost from the input of the US BigTech, looking forward to collaborating together and digitize Italy and further migrate from traditional to a new digital economy.

The minister commented on the national innovation fund that was launched by the Italian government, and also open to private participation. He said:

“It will be fundamental in the next years - he added - to digitize our country and finance innovative start-ups. By law, 15% of all profits of Italian investee companies must go to the Fund. We were inspired by the French fund.”

“Italy is the first country in Europe that has already introduced the blockchain in its own legislation, equating the notarization of deeds made by a notary with that made with blockchain. Smart contracts have been a reality in our system since December,” the minister added.

The minister further called for effective regulation of these innovative technologies including smart contracts, artificial intelligence (AI), internet of things (IoT) and others, so as innovation can proliferate in the country, rather than hampering it.

In so doing, it will achieve its set target of collecting more than €100 million in distributed ledger technology (DLT) and digital currency investment by the year 2020. Remember, Italy is trying to surpass big countries such as the U.S, Germany, Austria and France – when it comes to DLT and crypto investments.