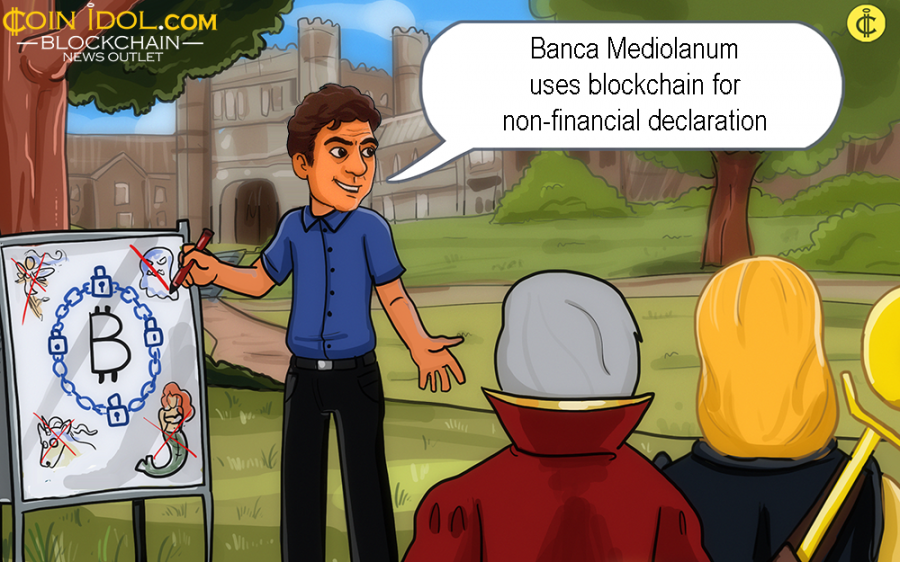 Banca Mediolanum, one of the largest financial institutions in Italy, has proclaimed that it has certified the non-financial viability (hash) of the Non-Financial Statement (DNF) on the Ethereum (ETH) Blockchain.

The bank revealed that it will soon publish the hash on its official website in order to certify its content in an absolute and immutable manner.

The adoption of this particular notarization exercise shows the bank’s obligation to notify all stakeholders of the bank’s operations, and involvements in the economic, social and environmental domains.

“Exploring the potential fields of application of the fresh frontiers of technological innovation for Banca Mediolanum means continuing along the path of simplification and dematerialization.”

“We are very proud to be among the first Italian banks to use the notarization services presented by the blockchain, which means at the same time assuring the authenticity of the document (doc), so its exchangeability and indisputability in a viewpoint of transparency towards all our stakeholders.”

The bank in question has been involved in such kind of wit technological initiatives, for instance, in January this year, it adopted and used artificial intelligence (AI) systems in the risk management, with Yields platform.

The cryptographic hash of a file is an inimitable text string, created from the doc, that represents its content. Putting and recording this string of text on a distributed ledger technology like that of ETH, one is required to first consult and compare it with the cryptographic hash of the users’ documents, in order to verify that its contents are corresponding with the one applied to produce the hash kept on the blockchain.

At this point, one is sure that the data contained in the document possessed by the users matches with that applied to produce the hash logged on the blockchain, on top of having an immutable time stamp of the hash itself plus that of the original doc, and the date on which the transaction was conducted on the blockchain is made public – and is used to save the hash.

However, since the rate of illicit activities associated with blockchain and cryptocurrencies has been growing rapidly, the country is looking for all the possible ways of stopping this -  this can be one of it. Some of common illegal activities include money laundering, terrorism financing and others.