Blockchain Home: What The Future Brings Us 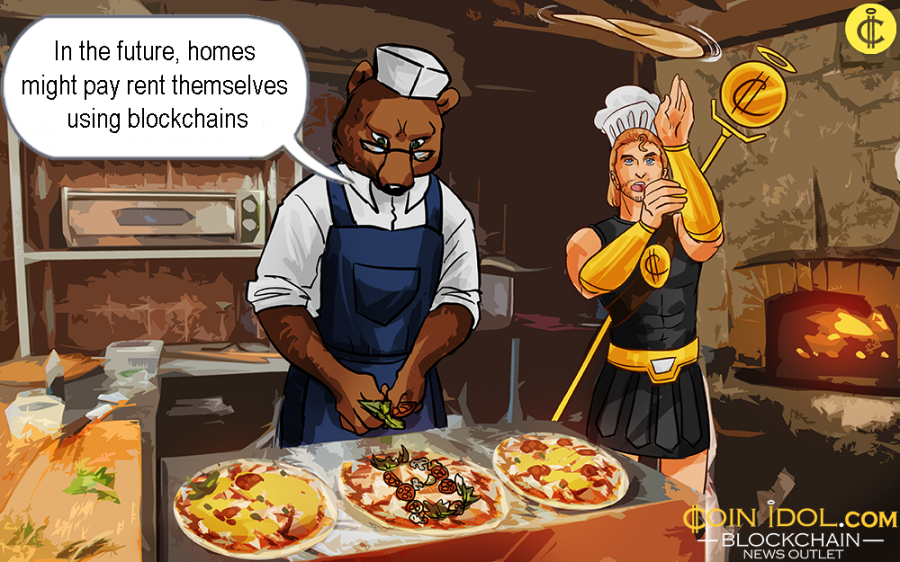 Scientists in Italy are looking for ways of using blockchain and smart contracts in collecting monthly house rent money from tenants. They plan to use smart locks which are connected to the network in the rented apartment such that when the tenant has not paid rent, it locks itself and the house becomes unusable and inaccessible.

Home computers will be able to contribute in paying for domestic bills, condominium fees and other charges. If two computers get involved in any form of payment, it can be automated using smart contracts, hence making processes very efficient minus any involvement of a third party (person). Cryptocurrencies such as Bitcoin, Ether and others can be used as a method of payment.

Just like artificial intelligence algorithms that have the potential to decide who to get a loan, smart contracts also work basing on the logical instructions and conditions of the software – smart contracts are rigid instruments, they don’t work like us human being – human beings are flexible (we tend to use common sense).

The good example is that of a tenant failing to pay monthly rent. Of course, a landlord will try to figure out the situation his client is passing through, but the software will not tolerate any excuse – only the code applies.

The distributed ledger technology will reinforce control by governments, banks, companies, institutions and others, by effectively automating mechanisms and eliminating bad players who would abuse the privacy of the citizens.

It is not true that smart contracts will be paying rent or any payment independently on behalf of citizens, but they enable users to create applications (Applets), with the purposes of distributing energy (PowerLedger), forming digital advertising (Brave browser), or making a place to exchange computational power not used by computers (Golem).

Is the Data in Blockchain Reliable Enough?

However, countries are actively exploring use cases for blockchain. Italy is planning to roll out blockchain-based e-voting system to enable its citizens living overseas to participate in the national elections. The country spent more than 389 million euros in the parliamentary election of 2013 – the voting process that was conducted traditionally, the government is now going to explore electronic voting process using blockchain technology in order to trim the expenses involved in the elections. Now the big question filling users’ minds is: How safe, accurate and reliable is blockchain?

Tags
Blockchain USA Future Technology Smart contract Contract Italy Manipulation Decentralization Data
Most Popular
Jan 26, 2023 at 14:11
Price
Binance Coin Remains Above $300, But Faces Further Decline
Jan 26, 2023 at 13:04
Price
Weekly Cryptocurrency Market Analysis: Altcoins Continue Their Uptrend As They Approach The Overbought Zone
Jan 26, 2023 at 11:35
Price
Bitcoin Climbs Above $23,812 And Sets Its Sights On The Next Resistance Level
Jan 25, 2023 at 13:17
Price
Bitcoin Cash Is On The Rise And Reaches A High Of $135
Jan 25, 2023 at 10:45
Price
Cardano Is In Uptrend But Challenges $0.37 High
More