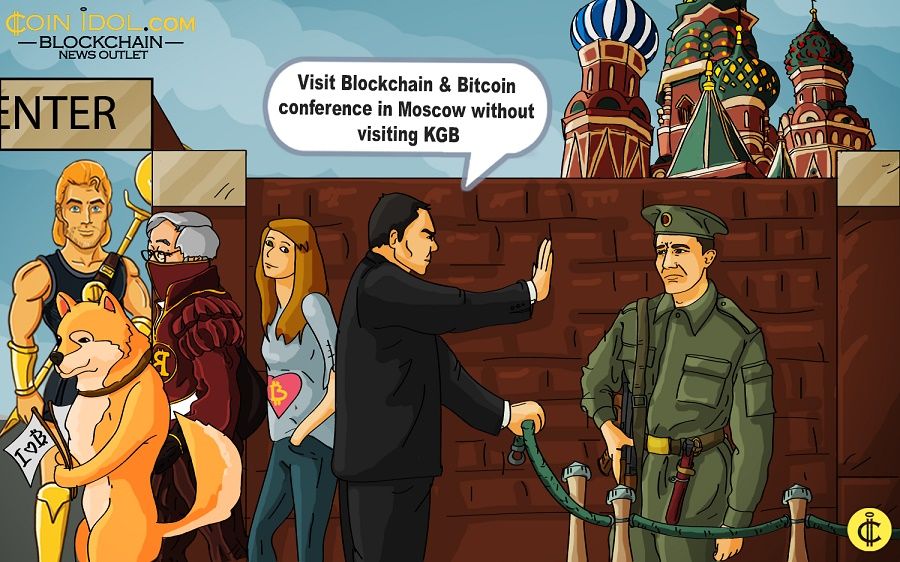 Most representatives of the government and governmental companies in Russia have changed their attitudes towards the use of Blockchain technology, as is used for the operation of Bitcoin. It’s safe to visit conferences in Russia without the threat of a visit by “KGB” like government bodies.

That’s the opinion of Pavel Likhomanov, the leading organizer of Blockchain & Bitcoin Conference Russia and Head of Projects at Smile Expo. CoinIdol.com had a chance to speak with Pavel Likhomanov on the 10th of November 2016 at that conference in Moscow.

The largest annual cryptocurrency and Blockchain technology conference in Russia – Blockchain & Bitcoin Conference Russia – held in Moscow on November 10, 2016, has brought together bankers, venture capitalists, as well as IT staff and developers from all over the world. More than 500 participants and representatives of IBM, Microsoft, Qiwi, Sberbank and dozens of other brands shared their vision of Blockchain technology and cryptocurrency development. About 100 visitors were from the Commonwealth of Independent States and about 30 of visitors were from other countries of the world from China to the UK and the USA. The percent of foreigners at Russian conferences is growing every year.

“Blockchain technology is becoming very popular in Russia. Here we see a lot of new ambitious, but yet not world famous, Blockchain startups opening in Russia that may become very promising with the proper investments. Such conferences help these startups and potential investors to find each other.”

The annual conference once again has shown the evolution of the understanding and acceptance of new FinTech solutions. The interest in Blockchain technology and cryptocurrencies in the world and in Russia has grown significantly.

“Even though the cryptocurrency market is rather closed [in Russia], Blockchain & Bitcoin Conference Russia invites the representatives of state agencies and makes an open discussion of the possibility to adopt Blockchain and cryptocurrency technologies. They often say that cryptocurrency technologies must be under close supervision and regulation, or even criminal liability. However, if we compare what they were saying in 2014 and now, we can see that most representatives of the government and governmental companies have changed their attitude towards the use of Blockchain technology. It is the first step.”

Another positive signal is the fact that local authorities seem to be changing their attitude towards the use of cryptocurrency, while the use of distributed ledger solutions in Russia becomes a new trend in financial, insurance and technology industries.

The highlight of the regulatory division of the Blockchain & Bitcoin Conference Russia was the speech of Elina Sidorenko, the head of the working group of cryptocurrency risk assessments in the Russian government, who stated that they plan to offer two concepts of the cryptocurrency bill development in December 2016.

According to Elina Sidorenko, Russian authorities are taking a  step away from the penalty paradigm against cryptocurrencies. Moreover, "Russia may become the first country in the world to determine the legal status of cryptocurrency in the nation", said Elina Sidorenko.

Pavel Likhomanov concluded that international investors are searching for more Blockchain projects they could invest in, same as the interest in Bitcoin and cryptocurrency conferences grows. Smile Expo, who organized the Blockchain & Bitcoin Conference Russia, holds similar events in Ukraine, Estonia, and the Czech Republic, and each of the events has seen growing interest in recent years.

Tags
Russia Bitcoin Blockchain Conference Government
Most Popular
Aug 24, 2019 at 12:20
News
TradeSanta : Enhancement the Automatic Trading in Cryptocurrencies
Sep 03, 2019 at 13:36
News
Paycent Gears Up For the Biggest Trading Contest in the History of Crypto: Live September 3-rd on Binance DEX
Nov 21, 2019 at 09:10
News
Metaverse DNA To Leverage The Community For Its Blockchain Network Governance
Apr 16, 2019 at 12:05
News
A New Era of Public Chain: Ultrain Launches its Mainnet
Jan 13, 2019 at 12:53
News
ICOBox Founder to Make His Company the Leader of the Emerging Security Token Market
×