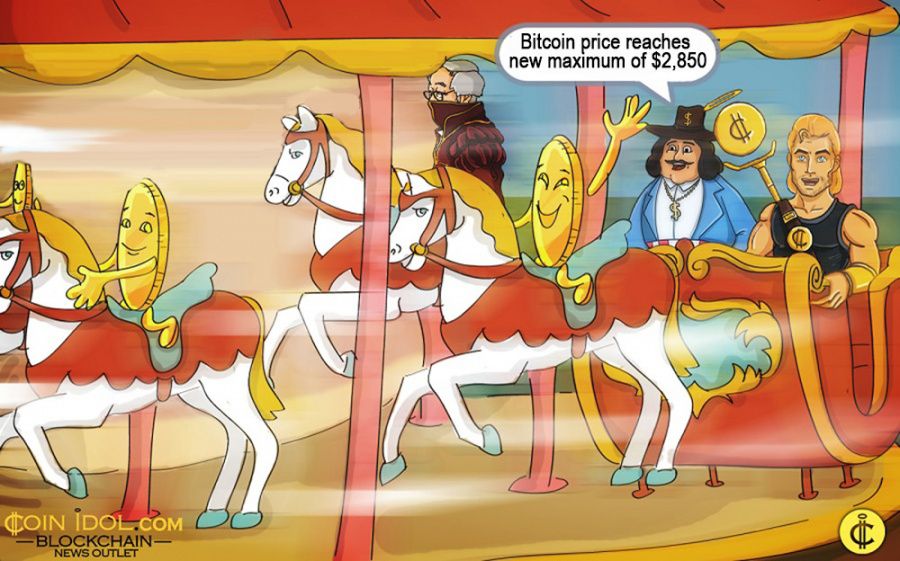 Despite the negative forecasts of experts at the end of May when Bitcoin’s price fell by more than 30% in one day and moved from its previous maximum of $2,760 to almost $1,800, today Bitcoin reaches new levels.

Cryptocurrency market on the rise

The recent rise of the Bitcoin price is a continuation of the bullish trend of Spring 2017. 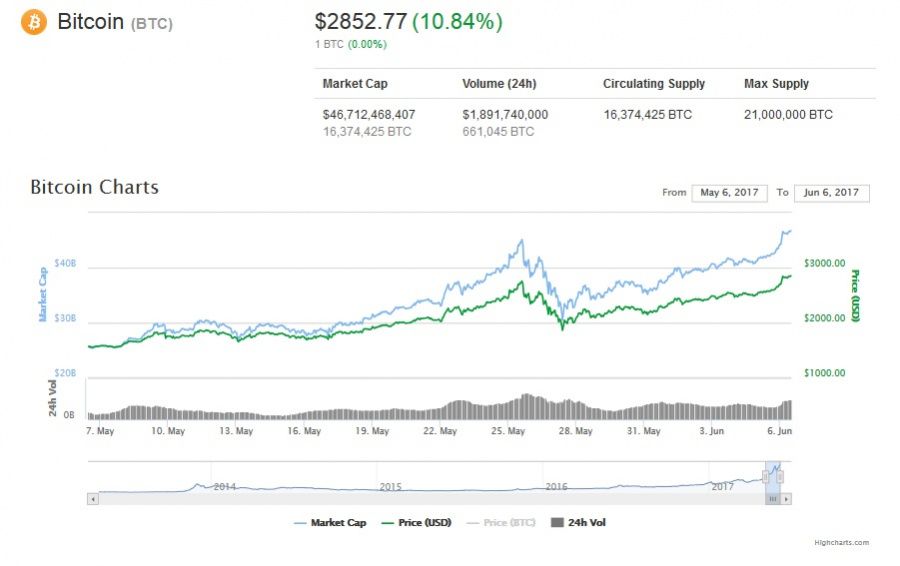 Rob Gonzalez, CEO at UTXO, said to Coinidol.com in May that positive news should drive the Bitcoin price to a new high. He said:

“Expect a correction of some amount here soon but, if for some crazy reason the SEC changed its ruling on the 15 of this month, expect and huge gain. Either way... expect $3,000 during this year.”

So far the only kind of positive news for the cryptocurrency market is Japan’s decision to recognize Bitcoin as an official payment method in April 2017, however, the price is moving towards a level of $3,000. Moreover, the break through today’s resistance level of $2,880 is likely to open the way to desired levels over the $3,000 USD mark. Even though, at some point, corrections are inevitable the bearish trend seems to be continuous.

What about plans for July?

In 2017, each new month brings new heights for Bitcoin. July shouldn’t be an exception. If the positive trend continues, another wave of Bitcoin boom most probably will come from the East again, as Australia is going to drop double taxation on digital currency purchases.

Coinidol asked cryptocurrency experts to comment on the possible future of the Bitcoin price and whether we should expect a victorious continuation of Bitcoin’s price rise to $3,000 and above, or if inevitable corrections will drive the price down. We will provide their answers in the following reports.